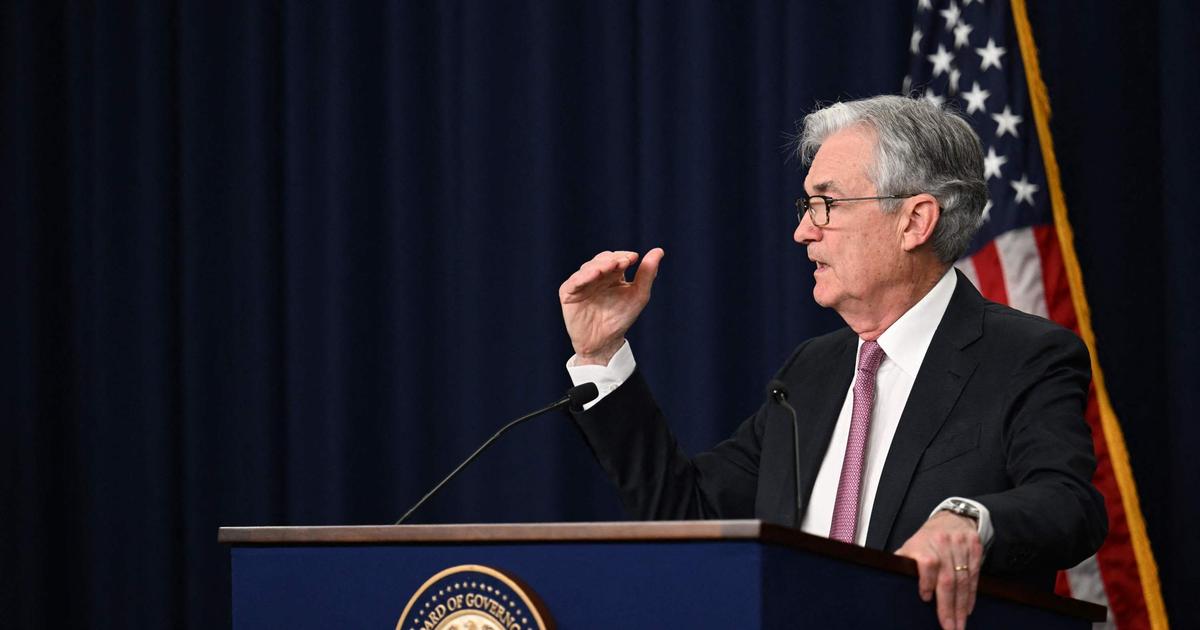 This monetary tightening has one objective: to curb inflation, which is reaching levels not seen for more than forty years.

The markets awaited the announcement with feverishness. The Fed, the American Central Bank, raised, on Wednesday evening, in a unanimous decision, its main key rate, by 0.5%. It takes its Fed Funds rate to a range of 0.75% to 1%. It was the expected gesture that should pave the way for a series of increases of the same magnitude in the coming months.

In March, the Federal Reserve carried out its first rate hike since 2018, with a more cautious level of 0.25%.

Read also“We could end up with inflation of 7% or even a little more”, warns the boss of System U

This monetary tightening, which is accompanied by a halt in bond purchases, has one objective: to curb inflation, which is reaching levels not seen for more than forty years. Consumer prices in March jumped year on year, by 8.5%. Many economists criticize the Fed, led by Jerome Powell, for having delayed too long before drawing the weapon of rates. The Central Bank, like the ECB in Europe, has long repeated that inflation was a transitory phenomenon, fueled by the post-Covid catch-up in activity. But inflation continues to run rampant. And it lasts. It has become the primary economic concern of the Biden Administration and of American consumers.

Fallout from lockdowns in China

This inflationary context is complicated by the fallout from the confinements in China. This combination weighs on US growth. In the first quarter, GDP even contracted by 1.4%. Like his counterpart in Frankfurt, Christine Lagarde, Jerome Powell, alias “Jay”, must play the balancing act: restrict credit and demand to calm inflation without precipitating recession by rates that are too high.

Contrary to custom, a few hours before the publication of the Central Bank’s press release, Janet Yellen, Joe Biden’s current Treasury Secretary and ex-Fed President, made a comment on monetary policy. She said the Fed will need to be “to the right” and “luckyto guide the US economy between the reefs of inflation and recession.

PODCAST – Is the tax fair? The Philo Moment, by Aziliz Le Corre