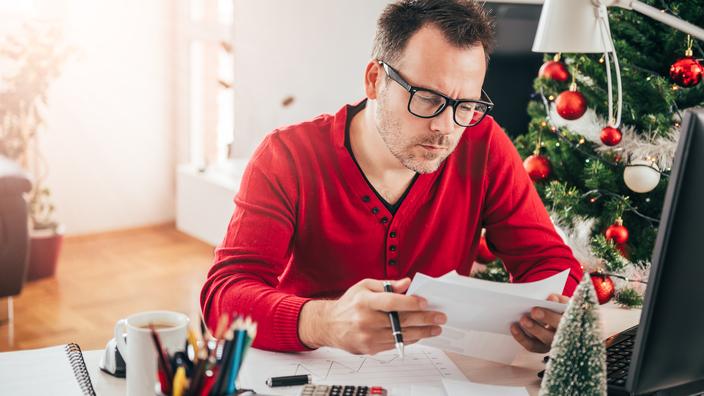 To help the French to overcome the particularly important expenses at the time of the end-of-year celebrations, the State has decided to increase financial aid. Le Figaro make the point.

Housing tax, rising gas and electricity bills, TV license … These deadlines put the French wallets under pressure. To help them overcome these expenses and calmly consider the end-of-year celebrations, the State is increasing the help, partly supported by businesses. Overview of existing measures.

This exceptional purchasing power bonus, its real name, was created in December 2018 during the yellow vests crisis, which demanded an increase in their purchasing power. The government has decided to renew this system in 2021. It is a bonus exempt from income tax, employee and employer contributions and social contributions (CSG and CRDS), and excluded from the resources taken into account for the calculation of the activity bonus and for the allocation of the disabled adult allowance, specifies Bercy. It can be paid by companies until March 31, 2022.

Its maximum amount is 1000 euros. However, the ceiling may be increased to 2000 euros “if the company or the branch formally commit to actions to promote second-line workers (method agreement at the level of the branch or the company committing to undertake actions in this direction)“, According to the Ministry of Labor. The ceiling of 2,000 euros may also benefit employees whose company is covered by a profit-sharing agreement in force, or if the latter employs less than 50 employees.

Announced by Jean Castex last October to respond to the rise in the prices of fuel and consumer goods, the inflation allowance is an exceptional aid in the amount of 100 euros granted to any person residing in France whose income does not exceed 2000 euros net per month. It is not the income per household that is taken into account, but that per person. This allowance will also be paid to people receiving social allowances and benefits. Some companies have announced that this compensation will be doubled to 200 euros.

Each year, around 8 million employees benefit from the gift voucher. These are vouchers offered by certain companies to their employees, in both the public and private sectors, who can exchange them for various products according to the conditions provided by the issuer (Edenred, Sodexo, etc.), generally at certain brands only.

It is up to the employer to decide whether he wishes to issue gift vouchers to his employees, whether they are employees, trainees or equivalent salaried managers. He also has complete freedom on the amount he wishes to allocate. However, the distribution of gift vouchers should not depend on criteria such as age, sex, religious belief or union membership, under penalty of falling under the law.

Employers who decide to grant these gift vouchers will benefit from an exemption from social charges, up to the limit set by Bercy. In an announcement made on November 24, the Minister of the Economy Bruno Le Maire announced that this ceiling was raised to 250 euros (against 171 euros previously). An amount, however, less than that proposed last year, since the government had then doubled this cap to 343 euros.

Faced with the significant increase in energy prices which affects the purchasing power of the French, the government has decided to set up exceptional social assistance of 100 euros additional, intended for the same 5.8 million households who already have benefited from the energy check in April. This exceptional support will be paid in December, without any action on the part of the beneficiaries.

Read alsoEnergy check: everything you need to know about the aid scheme which concerns nearly 5.8 million households

The Christmas bonus is intended for beneficiaries of social minima. For people who receive the flat-rate bonus for resumption of work, the specific solidarity allowance or the equivalent retirement allowance, the amount of aid is fixed regardless of the number of people in the household. Or 152.45 euros, non-taxable in 2020, an amount unchanged since 2009.

For RSA beneficiaries, the amount varies according to the composition of the household. A single person without children received 152.45 euros in 2020. A couple with two children 320.14 euros. This amount is increased to 442.10 euros for a couple with 4 children. Some 60.98 euros were then paid for each additional person.

The Christmas bonus has been paid every year since 1998 by the National Family Allowance Fund and Pôle Emploi. No action is necessary. Its payment often takes place in the week following the official announcement of the amount, that is to say mid-December. In 2020, this was done around December 16, 2020.