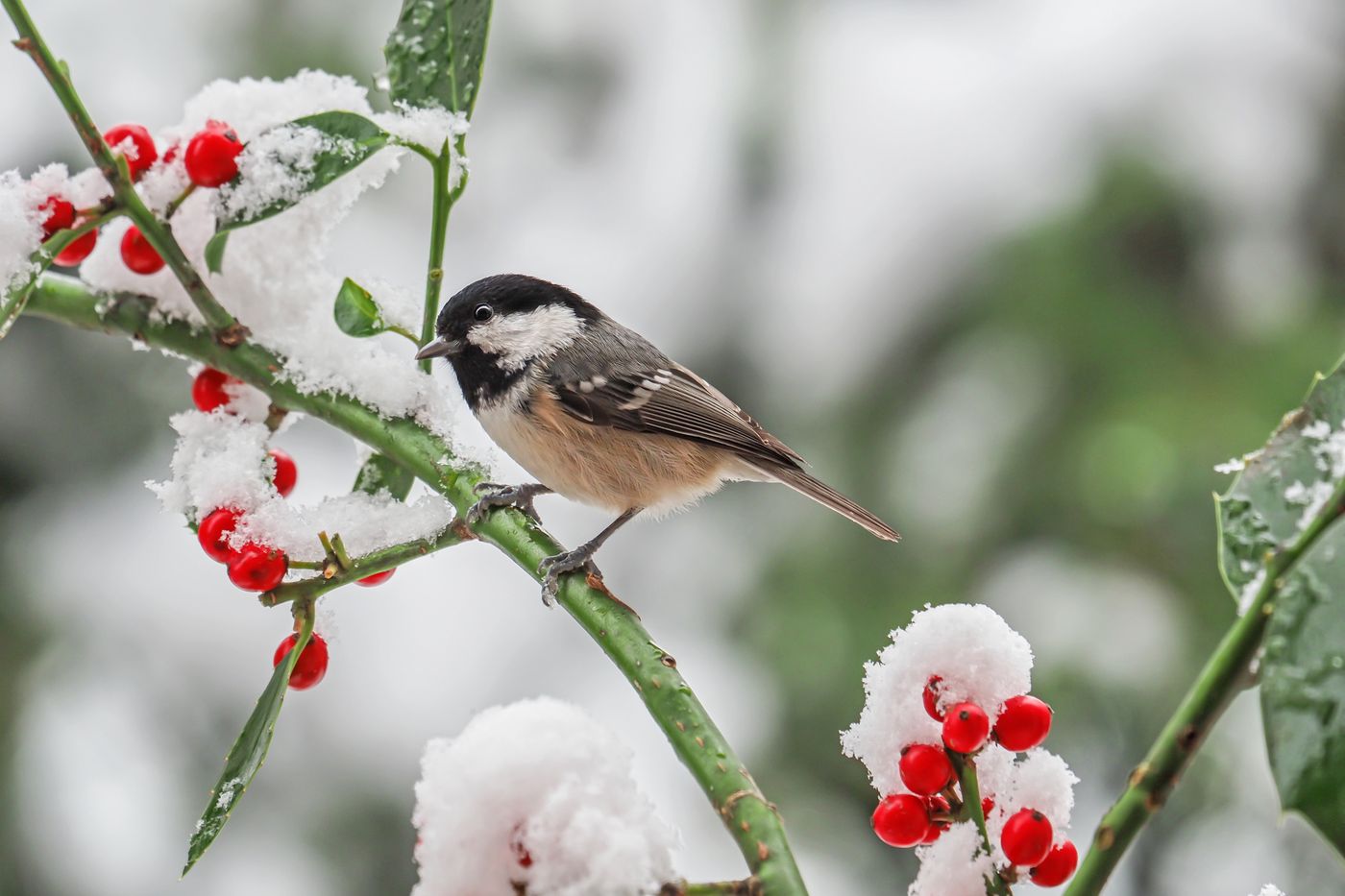 Shining, the acanthus with soft leaves bend under the snow. Not far away, purple irises still in bloom seem to encourage them. In a neighboring square, the sharp prickles of a barberry stand guard… Already numb by the cold, the plants of the Botanical Garden of Dijon – in the Arquebuse park (read marks at the bottom of the‘article) – are preparing to experience another winter. Separated by boxwood borders, flowers, vegetables, fruits, shrubs, bear witness to the natural heritage of Burgundy and neighboring Franche-Comté in an open-air conservatory.

Fabrice Ragni is the technical manager, observing, studying, accompanying in all seasons their moments of glory and their period of torpor. ” During the winter, no one is at a standstill: we should rather speak of compensatory rest, so that the entire ecosystem can wake up when spring comes. Not to mention that some plants, such as witch hazel or hellebore, flower during the cold. “

“You have to imagine the earth as a building”

However, most of them look pitiful with their flabby brownish leaves and bent stems. ” Such as certain animals, the bear for example, the plants see their tension slow down, their organism put on standby, explains Fabrice Ragni. But even damaged, they are precious for birds or small animals (from rodents to insects) who come to seek protection and use them as a nearby pantry! “

This is why gardeners do not collect dead leaves in flower beds: they will act as a natural “cover” and their rotting will enrich the soil, providing the roots with valuable nutrients. ” You have to imagine the earth as a building, continues the technical manager. In winter, a lot of things happen in the cellar where the fauna of the soil is activated; from February 15, we go up from floor to floor to reach the terrace in fine weather … “

A revealer of the fragility of the garden

At the same time, the very cold months act as an indicator of the fragility of the garden. If the summer was too dry, trees and shrubs ” pay it later “. Likewise, under the weight of snow or the attack of frost, less vigorous branches suddenly break. Not without melancholy, Fabrice Ragni draws a parallel between the fate of plants and that of men: “The weakest experience complicated moments in November with the descent of the sap; later, it is the winter exit that will mark a milestone. We saw a tree fail to restart, as if it no longer had the strength or the courage to tackle another year. “

Thus, in the park of l’Arquebuse, a historic plane tree, a real landmark for those who are regulars of the place, is in bad shape. A rescue plan is under consideration that will provide its roots with food underground and, possibly, eliminate ” some of its main branches to focus its energy on the spine of its skeleton », Details Fabrice Ragni who deplores in advance “The suffering that this will inflict on the tree”, certainly for his own good …

The hand of man is not idle

If nature finds in itself its own resources and adapts its tempo to climatic conditions, the hand of man is not idle there during winter. Leaf picking, which may have started for some species as early as September 15, will last until January 15 – a black poplar, for example, still retains 80% of its adornment in mid-December. Depending on each species, the gardeners will cut down the shrubs, remove the faded flowers, dig up the roses and perform two pruning, one at the start and the other at the end of winter. They will also apply a fertilizer plan exclusively made up of natural products to promote a vigorous and flowering spring. In January, it will be time to sow vegetables and cereals for, if you are lucky enough to have a greenhouse, transplant them in February-March.

” Before that, we will also have prepared the winter, says Fabrice Ragni. In fact, we have observed in particular that the boxwoods were doing better if they were pruned between September 15 and October 20. By the way, the technical manager thanks the chickadees for their gracious cooperation in the fight against the moth, this lepidopteran parasite which ravages boxwoods and which they adore. ” We pay them in sunflower seeds … “

The assaults of a disturbed climate

Intervening during the day and sometimes at night, the personnel of the Botanical Garden can greet the many squirrels, red, black, gray, ” small consumers of leftover fruit and pine cones », But also some fox walking under the moonlight. This proper care has become more necessary than ever due to environmental uncertainties.

Familiar with hot, dry summers and harsh winters, Burgundy has robust and “easy” plants such as dogwood or elderberry. ” The latter, very rustic, enchants us with its flowery clusters and then treats us – as well as the birds – with its fruits! », Admires Fabrice Ragni. But other less resistant species find it difficult to undergo the assaults of a disturbed climate, ” in particular the violent contrasts which cause the thermometer to climb from 18 to 35 degrees in a few days or, too early in the winter, anticipate the warmth. Deceived, the trees bloom and all it takes is a hit of frost to destroy everything. “Even more worrying, these mood swings end up damaging the structure of plants, their” frame “.

An existential reflection between rest and intense activity

In contact with plants, the colds invite an existential reflection on the necessary alternation between phases of rest and phases of intense activity. Even more, they persuade the gardener of the salutary resistance ” to the injunction to always be beautiful and in the best of its form », Assures Fabrice Ragni, strong of the experience – and the wisdom – of his twenty years spent at the Botanical Garden of Dijon. ” We are formatted by a requirement for permanent performance. Winter reminds us, on the contrary, that it is essential to relax the effort. »In a virtuous and beneficent laissez-faire.

A scientific garden in the heart of a heritage park

♦ The Arquebuse park housed from 1543 the company of the arquebusiers of Dijon.

♦ In 1771, Bénigne Legouz de Gerland foundedthe first botanical garden in Dijon, which was transferred in 1833 to the Arquebuse park (domain ceded to the City in 1808).

♦ Nowadays, the park houses the Science Garden (Natural History Museum, Hubert Curien Planetarium and Botanical Garden). The whole was classified as a historical monument in 1964.