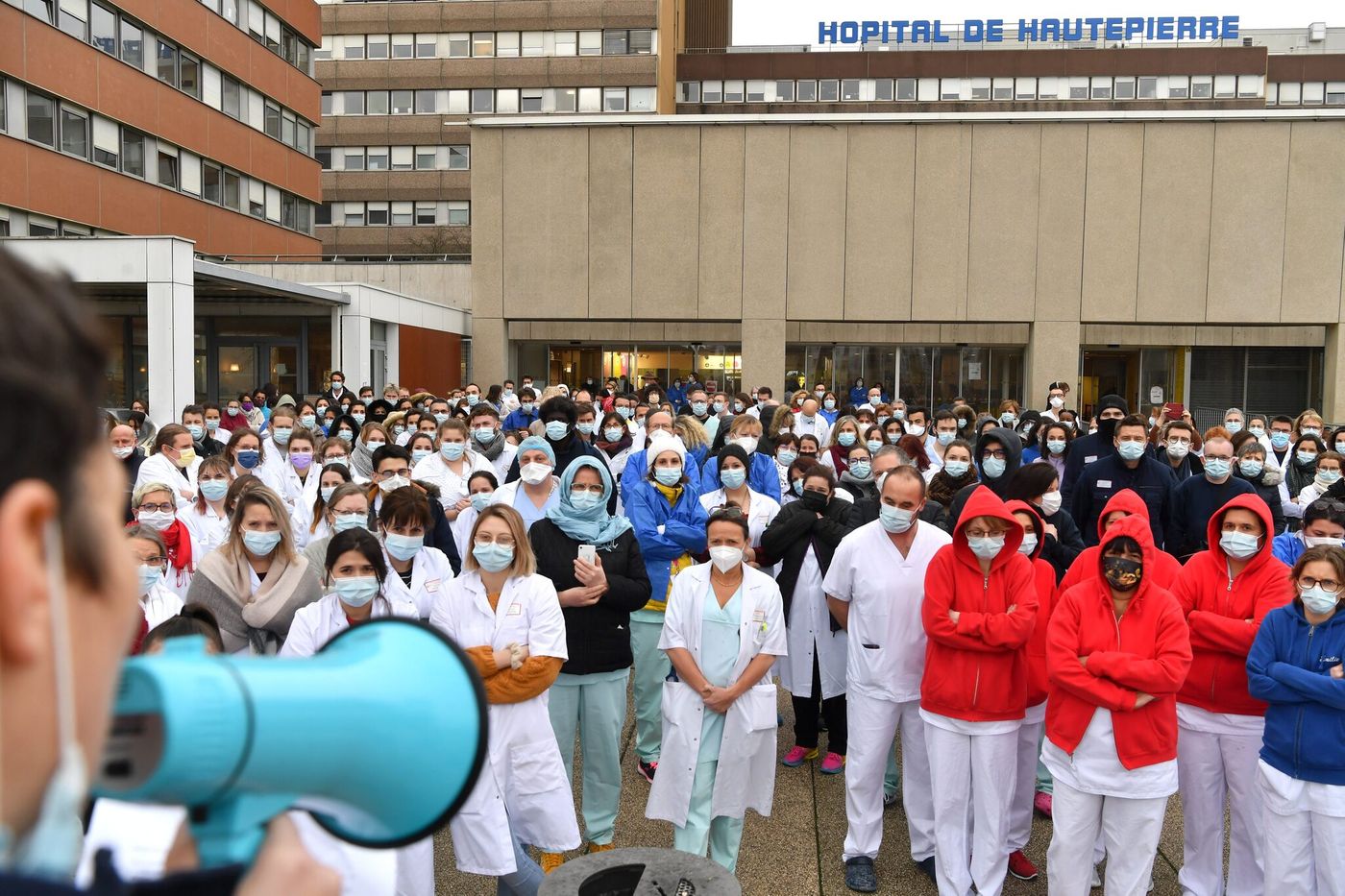 “Crisis situation in the adult emergency department. » The sentence appears in red on the website of the Orleans regional hospital. On April 4, the Regional Health Agency launched a new white plan in the establishment. Only vital emergencies are treated, warns management. This time not because of the Covid, but because of an unprecedented shortage of caregivers. “Of the 120 paramedics in the service, 96% are on sick leave”, says Grégory Quinet, departmental secretary of the South health-social union. The doctors are preparing to begin their second week of strike. The emergencies therefore “turn” thanks to volunteers from other departments and temporary workers.

→ SURVEY. At the hospital, these emergency services which close at night for lack of caregivers

At the origin of these cascading defections, the chronic saturation of emergencies, but also conflicting relationships with a management perceived as “contemptuous”. Late, the crisis exploded ago “about fifteen days”says Grégory Quinet. “While the emergency room was overflowing once again, the caregivers of the service asked for a right of withdrawal and called the management. » The ensuing discussion “discouraged”. “We told them that we couldn’t do anything, that we still had to hold on. Two days later, almost all the teams were on hold. »

On the same day, March 28, a patient died in the ward. A lady “old”found on a stretcher after long hours of waiting. “With a nurse and a caregiver for dozens and dozens of patients, it could only happen”deplores Grégory Quinet, who insists on the immense fatigue of the staff, regularly called back during their days off to make up for absences. “Management has probably not sufficiently taken the measure of the deterioration of the working conditions of professionals and the conditions of care for our patients in recent months”, recognizes the establishment. While ensuring the “Daily mobilization of the management to identify quick solutions to be implemented with the health actors of the Loiret territory: city doctors, clinics…”

→ ANALYSIS. Public hospital: how to stop the flight of caregivers?

In the meantime, the physical fatigue of caregivers is combined with moral exhaustion, for which many of them attribute responsibility to the functioning ” accounting “ of the hospital and the much decried activity-based pricing (T2A). “When we talk to them about patient needs, management responds with powerpoints to show us that there are enough beds, stings Doctor Sébastien Harscoat, emergency doctor at Strasbourg University Hospitals. Whether there are 2% or 10% of beds closed, the result is the same: we are no longer able to properly care for patients. »

In his hospital, the death of a young man on March 17, the day after his admission to the emergency room for a digestive haemorrhage, was also experienced as the ” water drop “. “This is clearly no surprise and, alas, this is no exception. Everywhere, in France, there are people who have cardiac arrests in the corridors”, says Sébastien Harscoat. He was working the day of the death, he was the one who alerted the media. “We have been telling management for months that the safety of patients is no longer guaranteed. We can’t go on like this anymore. »

The family filed a complaint and the prosecution opened an investigation, according to Release. An administrative investigation has also been launched. Requested by The crosshospital management “cannot speak on this subject since legal proceedings are underway”.

“All services are suffering”

“Emergencies are the entry point to the hospital, so they are the first to be affected when the situation deteriorates. But today, all services are suffering, resumes Doctor Harscoat. And Strasbourg is far from being the only establishment concerned. »

Everywhere in France, emergency services are indeed forced to reduce their activity, for lack of personnel. In Laval (Mayenne), Draguignan (Var) or Bayeux (Calvados), emergencies no longer receive patients at night. In Seine-Maritime, in the emergency rooms of Rouen, Le Havre and Dieppe, the waiting time can exceed eight hours. In the regional press, the emergencies of La Rochelle are said in “a state of absolute emergency”those of Grenoble “on the verge of explosion”…

“How many forums, mobilizations, strikes, calls for help will it take for our political leaders to take stock of the situation and finally act? », is alarmed the inter-hospital collective. In Strasbourg, Sébastien Harscoat participates every Friday in a minute of silence, launched four months ago by caregivers to denounce the “public hospital death”. Part of eastern France, the initiative has spread to many hospitals. “We no longer know how to make ourselves heard, says the doctor. How far does it have to go? »

The rise in hospitalizations continues

After several weeks of stabilization, hospitalizations with a diagnosis of Covid are on the rise again. With 2,099 new admissions recorded on April 12, the bar of 24,000 hospitalizations was crossed for the first time since March.

Among patients, a small percentage (about 6%) is hospitalized in intensive care or critical care.

Contaminations are decreasing. On Tuesday, 190,762 cases were recorded in 24 hours, a drop of 6% in seven days.