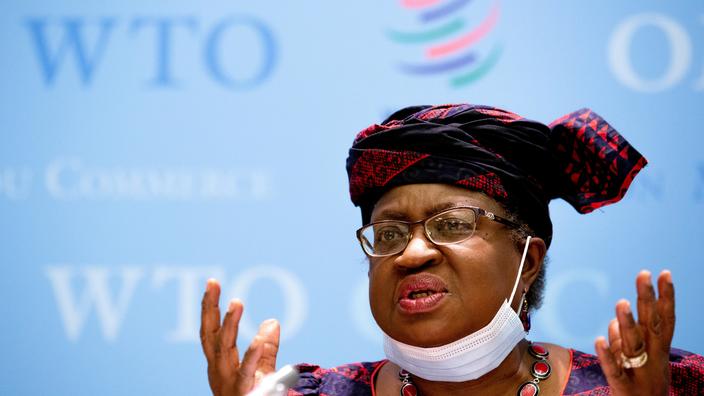 The organization’s new boss, Ngozi Okonjo-Iweala, has made these 20-year-old negotiations a priority and is calling for an agreement before the end of the year.

The WTO summoned ministers on Thursday (July 15th) to take part in the difficult overfishing negotiations, but disagreements over fuel taxation and the treatment of developing countries continue to hamper progress. Due to the Covid-19 pandemic, the Director General of the World Trade Organization, Nigerian Ngozi Okonjo-Iweala, insisted that the meeting, which is not public, be held online. The ministers of the 164 members of the WTO must discuss on the basis of a text proposed by the Colombian Santiago Wills, who is leading the negotiations on this thorny subject, while the UN had set 2020 as the deadline for concluding an agreement.

This goal was not met due to deep disagreements among members and the health crisis that slowed the pace of discussions, but the new WTO boss has made these 20-year-old negotiations a priority. and demands an agreement before the end of the year. “After two decades of WTO negotiations and marathon talks this year, we have before us a draft text of an agreement that will materialize the global ambition to end harmful fisheries subsidies.”, said Ngozi Okonjo-Iweala. “We are on the verge of concluding a WTO agreement that is historic in more ways than one. It will show that members can come together and act on matters of common interest. The health of our oceans and our planet is at stake ”, did she say.

After the ministers’ speeches (until 5 p.m. GMT), the WTO will take stock of the discussions, even if no one expects real progress. “I sincerely hope that everyone approaches this revised text with a view to finding a possible compromise so that the negotiations are crowned with success”, said Santiago Wills. Despite the desire displayed by Ngozi Okonjo-Iweala to speed up the negotiations, the latter stumble on several points, while the NGOs are calling for an agreement to be found that truly protects the oceans. “It is essential that WTO members do not sacrifice the environmental issue in the name of speed” to find an agreement, Isabel Jarrett of the NGO Pew Charitable Trusts told AFP.

Read also :Guénolé Merveilleux: “France has abandoned its fishing for too long”

Discussions at the WTO aim to ban subsidies for illegal, unreported and unregulated fishing (known as IUU), those concerning overexploited stocks and those contributing to overcapacity and overfishing. In the last two cases, the text provides that aid is authorized when it encourages the rebuilding of fish stocks to biologically sustainable levels. The main stumbling block in the discussions is the modalities of the treatment of developing countries. Developed countries are rather happy that the poorest countries can benefit from flexibilities, but they want developing countries that have real fishing armadas, like China, not to benefit from any exceptional regime. .

Especially since at the WTO it is the countries that self-declare “developing countries”. “It would be very helpful if China, which is the world’s largest fishing nation, could make it clear that it is ready to fully assume the obligations without special and differential treatment. It would certainly be a very important political signal ”, said a European official. Special and differential treatment “Cannot be a carte blanche allowing a country which declares itself to be developing to continue to subsidize” hopefully, he added.

Read also :Brexit: exporting fish and seafood to the continent turns into a puzzle

The scope of the agreement is also a source of contention: while there appears to be a consensus to exclude aquaculture and inland fisheries from the scope, some developing countries are calling for fuel aids, including tax exemptions. , are included. What the EU refuses.

The text may not satisfy either those who, like the United States, want the agreement to include forced labor on fishing vessels, the American proposal not being taken into account. Beyond the human cost, “Forced labor gives fishing vessels that engage in this practice an unfair commercial advantage”, underlined at the end of May the office of the American representative to the Trade (USTR), Katherine Tai: “It also exacerbates overfishing and depletion of the world’s oceans ”.