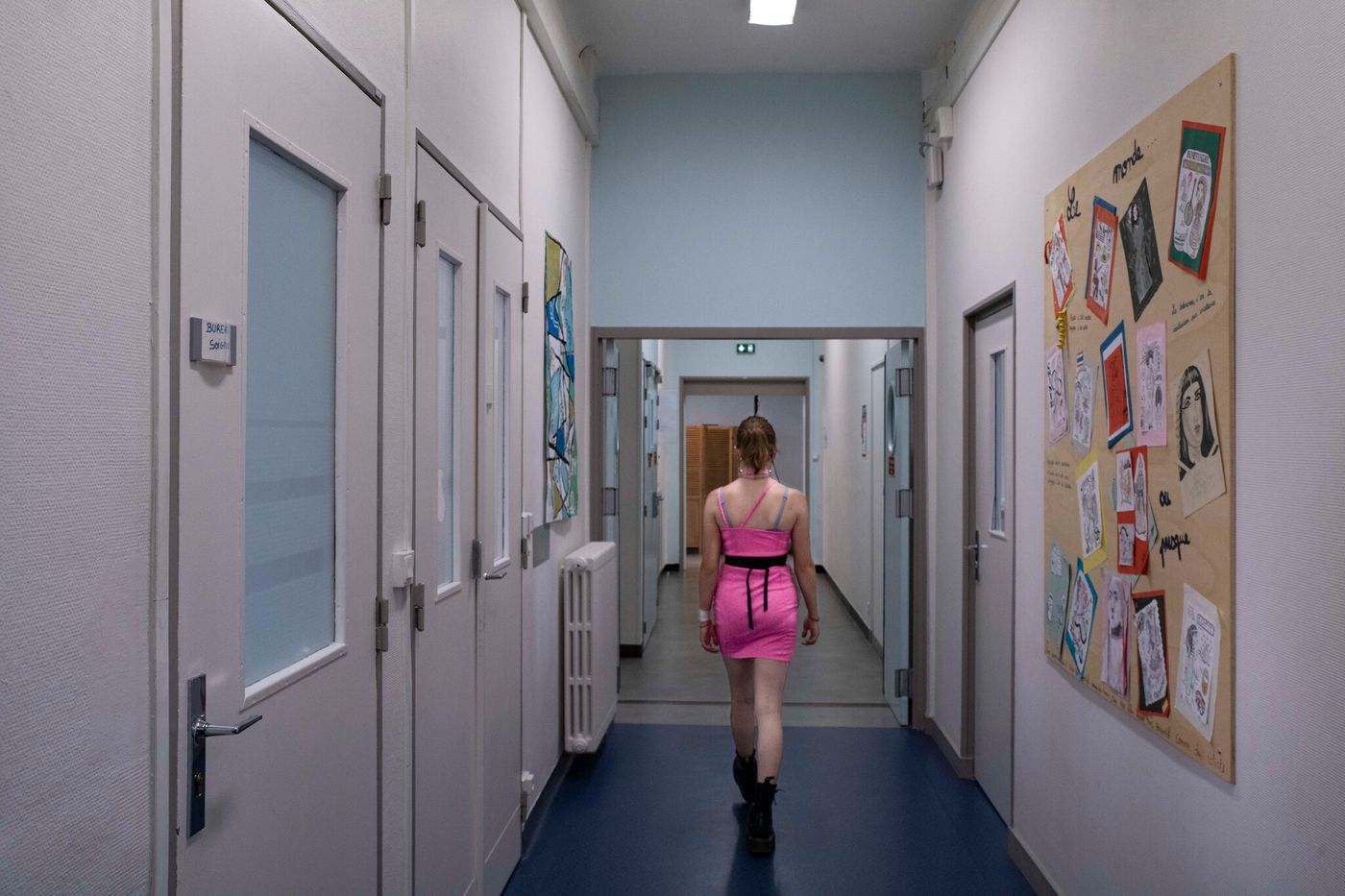 Professor Ludovic Gicquel used to say that “behind a teenager who is not doing well, there is always a teenager who is doing well. You just have to go get it. » These days, however, the optimism of the head of the university center for child and adolescent psychiatry at the Laborit hospital center in Poitiers is somewhat tarnished by the extent of the psychological suffering of the young patients whom he rubs shoulders.

They are in college or high school, sometimes even still in primary school, and no longer find meaning in their existence. “When in a single day in the emergency room, you see up to ten teenagers who want to commit suicide, you tell yourself that there is a problem. We had never seen that before. And this is only the tip of the iceberg: less than a quarter of suicide attempts arrive in the emergency room. Most of the time, neither the caregivers nor even the parents know about it,” emphasizes the doctor.

→ INVESTIGATION. “There is reason to be discouraged”: between health crisis and school pressure, the malaise of teenagers

In his department, Vienne, five minors committed suicide between January 1 and February 15, 2022, compared to two for the whole of 2021. Worrying figures, which echo those published in early April by Public Health France. “For some teenagers, life is no longer obvious, and they are ready to go all the way, sometimes with cold determination”, worries Ludovic Gicquel, while insisting on the absence of fatality. “These young people need to know that we can help them, that there are solutions. »

The Asap unit (for as soon as possible, “as soon as possible” in French) is one of them. Created in 2016, this unique structure in France, financed by the Regional Health Agency of Nouvelle-Aquitaine, welcomes young people aged 12 to 18 in “suicide crisis”. And bet to act “fast and strong” to help them bounce back. Referred most often by the emergency department of Poitiers University Hospital or by the Laborit medico-psychological center, adolescents integrate the system only 24 or 48 hours after their action.

“Until then, the teenagers of the department had two solutions: either they went to the emergency room and left after their passage, at the risk of repeating their attempt; or they were hospitalized in paediatrics, with the deleterious effects that can ensue since they find themselves cut off from their family and friends”explains Doctor Damien Mallet, who heads this unit and participated in its implementation with Ludovic Gicquel.

For five half-days, adolescents, supervised by a multidisciplinary team – doctors, nurses, specialized educators, psychomotor therapist, etc. –, take part in group mediation workshops. Drawing, dancing, board games: so many “levers” allowing the team to assess the personality of these young people and encourage them to reveal themselves. “Psychiatrizing everything would be deleteriousbelieves Damien Mallet. Especially since in the minds of many adolescents and their parents, psychiatry is synonymous with madness. »

The premises, by the way, are more like a recreation center than a day hospital. No caregivers in white coats or noisy machines. In the corridors, loudspeakers spitting out current music. On the walls, paintings painted by former patients, reflections of a world that is both dark and childish. Here, a skull sticking out its tongue; there, a hamburger and fries bearing the image of a famous fast-food brand. And further, a large red and black eye staring at you, more curious than menacing.

The Covid epidemic, a “developmental poison”

The look. This is often discussed in this unit. The one that these flayed teenagers carry on the school, their family. On the world and especially on themselves. “As teenagers often do, they are looking for their place, points out Vanessa Violet, one of the nurses. But the context means that for some, the questions have taken on other dimensions. »

→ EDITORIAL. Take care of the youngest

The “context”: that of an epidemic that has lasted for more than two years and whose effects are felt only after a delay. Ludovic Gicquel talks about “developmental poison”. “The Covid has weakened all the pillars on which adolescents rely to build themselves: family, school, prospects for the future. This upset a lot of young people. Some were not used to mental suffering: they held on for months and suddenly they let go. Others were already bad and are even worse. »

This is the case of Léa (1), who has just joined the system. She is only 12 years old, and several acting outs behind her. “We are seeing more and more young patients, some with very elaborate suicide scenarios”, notes Laurence Guespin, health executive. This time, Léa swallowed anxiolytics. But most of the time, it is to Doliprane that these young people turn, mostly high school girls aged 15 or 16.

If tongues are loosened during the workshops, it is especially in individual interviews that truths come out. With striking constants: “Revelations of violence and sexual abuse are very frequent”, says Vanessa Violet. Complex situations that the health crisis has revealed or amplified. What makes Charles Vergnaud, his specialist educator colleague, fear a “psychiatric pandemic» for young people.

An approach recommended by the French National Authority for Health

Since September 2021, the therapeutic strategy proposed by Asap has been included in the good practice recommendations of the Haute Autorité de santé on the support of suicidal thoughts and behavior in minors. And for good reason: one year after their visit, only 3 to 5% of adolescents had relapsed, compared to 15% after “classic” care (and 25% without care). “But we expect to see these numbers increase”warns Damien Mallet.

Indeed, the small team is finding it increasingly difficult to meet the demands. If the Asap never refuses any patient, the deadlines are getting longer. “The speed of the response is one of the strengths of our support. However, today, some teenagers have to wait a week”says the manager.

→ READ. When teenagers lose the will to live

Especially since the symptoms tend to become more severe. “We prescribe more drugs than before. In some cases, care in the unit is not enough and you have to refer to hospitalization. » Here again, the doctor notes a before and after Covid. “Before the crisis, we hospitalized three or four teenagers a year. In 2021, we sent close to thirty. »

Seven to eight months of waiting for the medico-psychological center

Another major difficulty: that of being followed after their passage in the unit. “Some continue with us, in a transition group where they are cared for one day a week for eight weeks.says Laurence Guespin. The others turn to the medico-psychological center but unless there is an extreme emergency, there is a seven to eight month wait. As for liberal child psychiatrists, it’s simple: there are none in Poitiers. Only a few city psychiatrists take on minors. » Result, “Some teenagers can’t find a solution and call us back. So we receive them, even if originally, it was not planned in the device. »

→ MAINTENANCE. What prevention against youth suicide?

“We have no choice but to be there for these young people. We don’t have the right to go wrong,” endorses Ludovic Gicquel. At Asap, the members of the team meet with an outside psychologist once a month to avoid burnout. “The working life in an emergency department like this is limited, emphasizes Laurence Guespin. It’s hard to be confronted every day with the discomfort of these teenagers and then sometimes, it sends us back to our own history… If we want to take good care of these young people, we also have to take care of ourselves. »

Suicidal thoughts and gestures on the rise among young people

Between January and March 2022, visits to the emergency room for suicidal gestures or thoughts, and mood disorders among 15-24 year olds jumped 27% compared to last year. The figures also remain high for 11-14 year olds and adults aged 25 to 64, according to the latest bulletin from Public Health France on mental health.

Young ladies represent the vast majority of these suicide attempts (five girls for one boy).

In France, there are between 300 and 350 deaths each year. suicide among 15-24 year olds. It is the second cause of death in this age group after road accidents.

Since October 1, 2021, there is a national suicide prevention number, 31 14. The line is held by psychiatric professionals, available seven days a week and 24 hours a day.