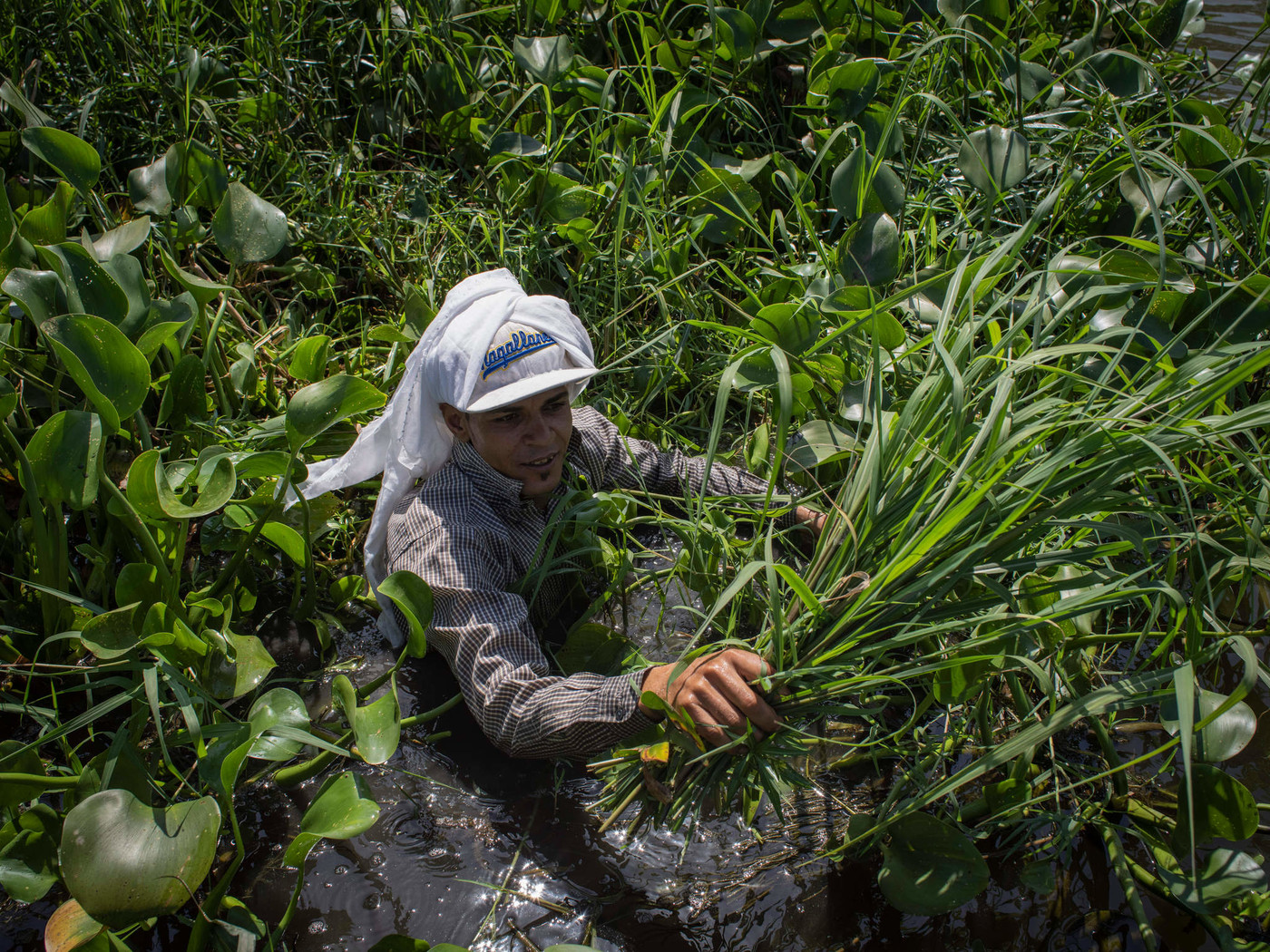 “I barely produce enough to feed my home and my animals”, Nour Eldine sighs. The peasant, with his weathered face and callused hands, hardened by a life of work, thinks of the ancient times when the land in Egypt was a wealth. A single harvest could then be sufficient to pay the dowry of a son or daughter to be married off.

In Harbashant, some 150 km south of Cairo, the water supply has been scarce for two years. The crops and income of this 60-year-old farmer suffered. In this large village of 15,000 inhabitants housed in small brick buildings, the lack of water has impoverished all the families.

→ READ. Dams on the Nile: the necessary agreement between Egypt and Ethiopia

Previously confined to the north of the delta, these shortages are worsening, to the point today “Generalized to the whole of the Nile valley”, says researcher Saker El Nour, an Egyptian agricultural specialist associated with the Institute for Development Research. Dependent on highly water-consuming irrigation, smallholders are the first victims of this crisis.

Their method, known as by flooding, consists of submerging all the cultivated soil. To do this, a network of canals, controlled by the State, feeds the channels that crisscross their plots. In Harbashant, “The level of the canal has dropped by a quarter and no longer allows water to flow through the fields”, explains Nour Eldine.

→ DEBATE. Is there any hope of an agreement on the Ethiopian dam?

In his field, covered with a down of fodder plants, the earth has cracked. “The soil dries up on the days when it is no longer irrigated, and the plants start to die, they no longer grow, he worries. Last year the corn on the cob was so small that I couldn’t sell it. My harvest has shrunk by two-thirds. “

For him, there is no doubt, the source of his misfortunes is located more than 2,000 km to the south, in Ethiopia. It is there, on the Blue Nile, the main tributary of the Nile, that the great Renaissance dam is currently emerging from the ground, destined to become the largest hydroelectric power station in Africa.

Of course, the years of filling its immense basin risk reducing the flow of the river and therefore the share of water that reaches Nour Eldine, and to Egypt as a whole. But the dam does not explain the current shortage.

→ READ. Egypt is gradually losing its standoff over the Nile dam

“Of course the dam will have an impact if the rainy season is weak and Ethiopia retains water in the basin. But this year, there was no impact ”, notes Sherif Fayyad, agronomist at the Egyptian Desert Research Institute. Because, luckily this year, the rainy season has been abundant in Ethiopia. Egypt has thus been able to conserve its share of water from the Nile: 55.5 billion cubic meters of water per year. State-regulated distribution to the irrigation canals of the Nile Valley therefore remains officially stable.

“So where does the water go?” “, asks Saker El Nour. According to him, the shortages are due to both the degradation of irrigation canals and the diversion of water from the Nile to cultivated land in the desert and to the margins of the delta.

Over the past 30 years, the cultivated area in Egypt has thus gained nearly 3 million feddans (1 feddan = approx. 4,000 m2). The majority of these farms, irrigated by drip, depend on groundwater. “But 20% of these ‘new lands’ are fed by the Nile, which affects the ‘old lands'”, says Sherif Fayyad. “Foreign investors are granted unlimited access to the water of the Nile for crops that are not intended for the Egyptian market”, denounces Saker El Nour. “Is it normal that a country that lacks water like Egypt is the world’s largest exporter of oranges? “, questions the researcher, who condemns the “Inequalities in access to water”.

Because, faced with the massive support given to agribusiness focused on export, the state is just beginning to renovate the irrigation canals, responsible for “heavy water losses”, according to Saker El Nour. Last year, the government announced plans to re-seal a third of the network to fight against infiltration. Ultimately, the authorities hope to save 5 billion cubic meters of water per year.

In total, adding to the Nile the collection of rainwater and groundwater, the annual natural resources amount to 60 billion cubic meters. However, the country’s needs are estimated at 80 billion. More than half of this deficit is filled by the treatment of wastewater and, to a much lesser extent, by the desalination of seawater. This share is set to rise thanks to a plan of more than 7 billion euros. euros, spread until 2050.

In addition to diversifying its resources, Egypt is trying to reduce the consumption of the agricultural sector which swallows up 80% of its water while domestic use is hardly more than 5%, despite the population explosion. In terms of agriculture, the state has drastically restricted for ten years certain crops that require too much water, such as rice and bananas.

Sherif Fayyad wants to go further, however, in favor of“A national strategy” to distribute the crops, according to their water needs, between the Nile valley and the desert. To encourage smallholders to turn to more economical methods, he also calls for a “Massive state support”.

This help, the farmers of Harbashant no longer expect it. To compensate for the drop in the level of the canal, some pump groundwater. Too expensive an installation for Sayed Marzouk. This 27-year-old farmer is already working at a loss. The land, inherited after the death of his father, became for him, the eldest of the family, “a burden”. Her brother preferred to work in a hotel in Alexandria. Nour Eldine sent him two of his three sons to Cairo. “It’s not just our village,” he says, “all the youth of the Nile Valley have left. “

Sharing the waters of the Nile

The Blue Nile, which originates in Ethiopia and crosses Sudan – where it joins the White Nile – alone provides about 85% of the Nile water on which Egypt depends more than 90%.

1929. The British power recognizes the natural and historical right of Egypt on the waters of the Nile.

1959. By a treaty, Egypt and Sudan grant themselves respectively 66% and 22% of the average flow of water, and ignore Ethiopia.

1999. The eleven riparian states come together in the Nile Basin Initiative for concerted management.

2010. Through the Entebbe agreement, several upstream countries contest the 1959 treaty.