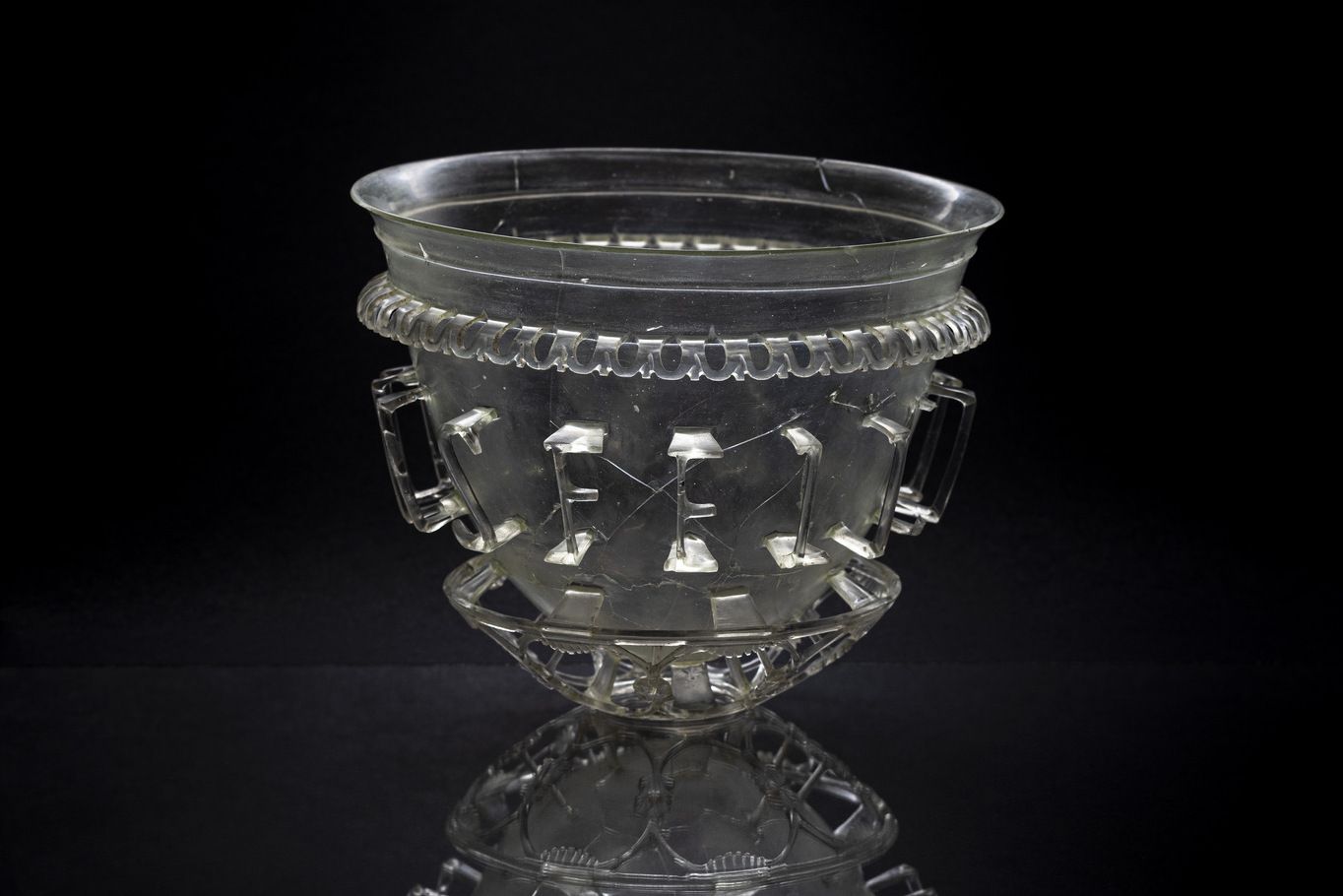 It is a transparent, round, finely crafted glass vase. All around, the Latin mention “vivas feliciter” (“Live in felicity”) testifies to a typically Roman know-how and of great value, ” for us archaeologists but also at that time », Says Nicolas Tisserand. Under the direction of Carole Fossurier, the team of archaeologists from Inrap, the institute for preventive archaeological research, excavated in 2020 a necropolis near the Saint-Pierre-l’Estrier church in Autun, in Saône-et-Loire.

Discovered in one of the 230 documented tombs, this vase dated IVe century after Jesus Christ represents a “ unpublished », Since only a dozen diatretes (Roman glass vases) have been found complete in the world. And after several months of restoration, archaeologists were able to unveil its missing content. ” The search for molecules in glass, using a non-destructive technique developed by a chemist from Clermont-Ferrand, has shown traces of oils and plants and especially ambergris », Describes Nicolas Tisserand.

Ambergris is used today in some high-end perfumes for its musky scent which “fixes” the scents to smell longer. ” Its use is documented in a text from the VIe century, for the manufacture of a church perfume, says Thierry Buquet, research engineer at the University of Caen. But for Antiquity, we have no evidence of this substance. “His presence in the vase of Autun therefore represents” the oldest archaeological evidence of the use Ambergris, says Inrap.

A rare and precious substance

” In reality, it would have been strange that Greco-Latin Antiquity did not know this amber, even if we did not find a textual mention. », Continues Thierry Buquet. Arab treaties of the IXe century list the many uses, medicinal or religious, of ambergris, whose trade flourished at the junction between the Indian Ocean, place of collection, and Western courts.

Rejected by sperm whales, and therefore often found on beaches, ambergris is not the result of plant fossilization like yellow amber. It is, much less poetically than its name suggests, a form of bile, produced during poor digestion. Very rare, ambergris is still sold today at a high price, even if it has been replaced by substances synthesized in the laboratory in most perfumes.

Its use in Saône-et-Loire therefore demonstrates the existence of an Aedui elite, the Gallic people of the region who had allied themselves very early on to the Romans. ” Maybe there was some church scent in this vase or maybe something else entirely. What is certain is that this was the gift of a very important figure, possibly the Emperor Constantine himself, to another », Summarizes Nicolas Tisserand.

About a third of the graves unearthed at Autun can be attributed to Christians. ” Autun embodies one of the beacons of nascent Christianity until the 7the or VIIIe century, with bishops close to power, recalls the archaeologist. The necropolis, which probably stretched far beyond the excavation site, is home to a crowd of anonymous and a religious and cultural elite. “

→ READ. Discovery of a fragment of wool dyed in Tyr’s purple

In addition to the glass vase, the yard unearthed gold rings, jet pins and amber yellow, and fragments of fabric dyed purple. But the “nail” of the discoveries is a shroud made entirely of gold bands applied to fabric and which covered a deceased person from shoulders to feet. ” This piece is unique, but its restoration is laborious and requires a lot of resources., confesses Nicolas Tisserand. Of the 3 m² of fabric, we have only been able to process 10 cm² so far. Between the pavilions, Autun’s tombs have since returned to earth. The discoveries have not finished enriching our knowledge of ancient Gaul.