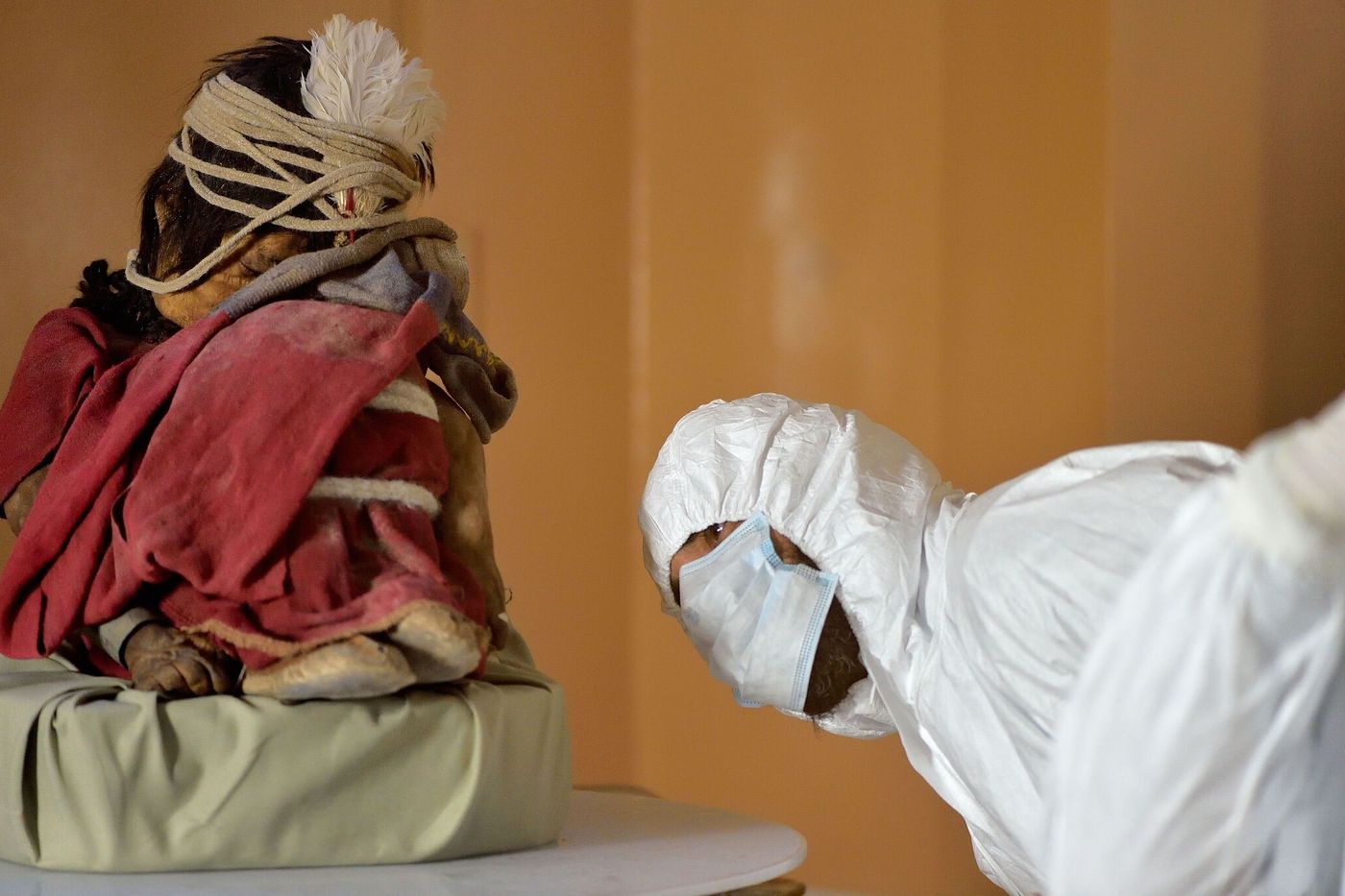 Curled up on his knees, his face hidden, the child seems dozing under his glass bell. The room that hosts it, at the Museum of High Mountain Archeology (Maam) in Salta, is kept in darkness and calm, despite the visitors who flock there since the reopening of the site in the austral summer, after months of closure. Because the little mummy, discovered in March 1999 on the Llullaillaco volcano, at an altitude of 6,739 meters, continues to arouse wonder among some, for its state of preservation, and indignation among others, for this form of exhibition of remains humans – and even more children. “Removing human bodies from the volcano has sparked controversy,” recalls the director of the museum, the anthropologist Gabriela Recagno Browning. “If you ask my opinion, I wouldn’t have touched them. Now it’s up to me to take care of it. »

It was in March 1999, during a scientific expedition, that the American anthropologist and mountaineer Johan Reinhard and his Argentinian colleague Constanza Ceruti discovered the three Inca mummies now exhibited in turn in the museum: “La Demoiselle “, a young girl of about fifteen years old, “the Boy”, aged 7 to 8, and “the Girl with the lightning”, 6 years old, so named because of the lightning that struck his blackened face . Three small bodies in perfect condition, five centuries after their sacrifice.

“One of the most important discoveries of recent decades”

Constanza Ceruti, who spent fifteen days at the top of the volcano, remembers: “First we found the Boy, then the Lady and finally the Girl. The excavations were carried out with all scientific precautions, so that these discovered children have since been kept frozen in perfect condition, just as they were found. »

Initially transported to the Catholic University of Salta, the mummies were kept in cryopreservation capsules at – 20 ºC by an indirect cold system with total asepsis, low oxygen and high nitrogen content. “This allowed the bodies to be freeze-dried, the process by which they lose their moisture while retaining their appearance, explains Carlos Niklison, an engineer at the Argentine Balseiro Research Institute. These three bodies of children who died five hundred years ago give the impression of being simply asleep. »

“The highest archaeological site in the world”

“This is one of the most important discoveries of recent decades, because it is the highest archaeological site in the world, but also because of the perfect state of preservation of the bodies thanks to the extreme climatic conditions that affected them. preserved for five centuries”, underlines its director, Gabriela Recagno Browning.

Another unique fact, they are natural mummies, unlike the Egyptian ones which have undergone a whole preparation. “These children were mummified thanks to the cold and the asepsis provided by the volcanic ashes, says Gabriela Recagno Browning. This guaranteed their preservation and even the preservation of their internal organs, including the contents of their stomachs – their last meal – and the objects that were to accompany them in the afterlife: a bunch of food, glasses for drink chicha (an alcoholic beverage made from corn ferment), feather bags with coca leaves (a ceremonial plant), ceramics and, for girls, balls of yarn and knitting needles. »

Studied using computer tomography, these mummies have immense scientific potential. Carriers of genetic information, they contain the Inca cultural history, in particular the most important ceremony practiced by this ancestral people: the offering of human lives.

“Contrary to what was practiced in other ceremonies, the children do not show any signs of violence”, attests Gabriela Recagno Browning. These children belonged to a high social class, they were chosen by the Inca, namely the emperor, for their health and their beauty, then led in a caravan from Cuzco, the capital of the Inca Empire, to the mountain sacred. “During their offerings to the gods, the Incas did not have in mind that they were killing a child, insists Gabriela Recagno Browning. For them, death did not mean the end, but the meeting with the ancestors and the path to becoming gods. »

The denial of indigenous identity

Inaugurated in 2004 to accommodate the “Children of Llullaillaco, the High Mountain Archeology Museum continues to create controversy. For Gabriela Recagno Browning, herself reluctant to move, the important “this is the social role that the museum can play: it recalls the cultural diversity of the country, where our indigenous identity is systematically denied, and by transmitting the message of an ancestral culture still present in Argentina, because it is still believed that we we are all immigrants from Europe”.

A point of view shared by Julio Cruz, cacique of Tolar Grande, a village near the volcano. “Communities here are happy with the museum,” assures the one who attended the inauguration of the site, in 2004. All the communities? At the time, Rogelio Guanuco, president of the Indigenous Association of Argentina, strongly protested what he saw as the desecration of a sanctuary. “Our ancestors taught us that sacred sites should not be touched. And Llullaillaco is still today a sacred place for us. » Since then, the community of Tolar Grande has been demanding that the mummies be returned to their place of worship, just as, on the Chilean side, the representatives of the Quechua-Aymara peoples are demanding, arguing that they rested at the border.

But for the anthropologist Constanza Ceruti, who recovered the mummies with his own hands in 1999, the preservation of this priceless heritage takes precedence over the claims of the communities. Who knows what would have happened to the Damsel, the Boy and the Lightning Girl if they had stayed on the mountain? “They would probably have ended up being destroyed, she says, by treasure hunters, or by climate change. »

Called Tawantinsuyo, meaning “the four regions united”, the Inca Empire was born around 1200 in Cuzco, on the current territory of Peru. It will go out three centuries later after the arrival of the Spanish conqueror.

At its height, the empire spanned 950,000 km2from Colombia and Ecuador in the north, to Bolivia, Chile and Argentina in the south.

To communicate, the empire relied on a network of 25,000 kilometers of paved roads that linked cities and regions.