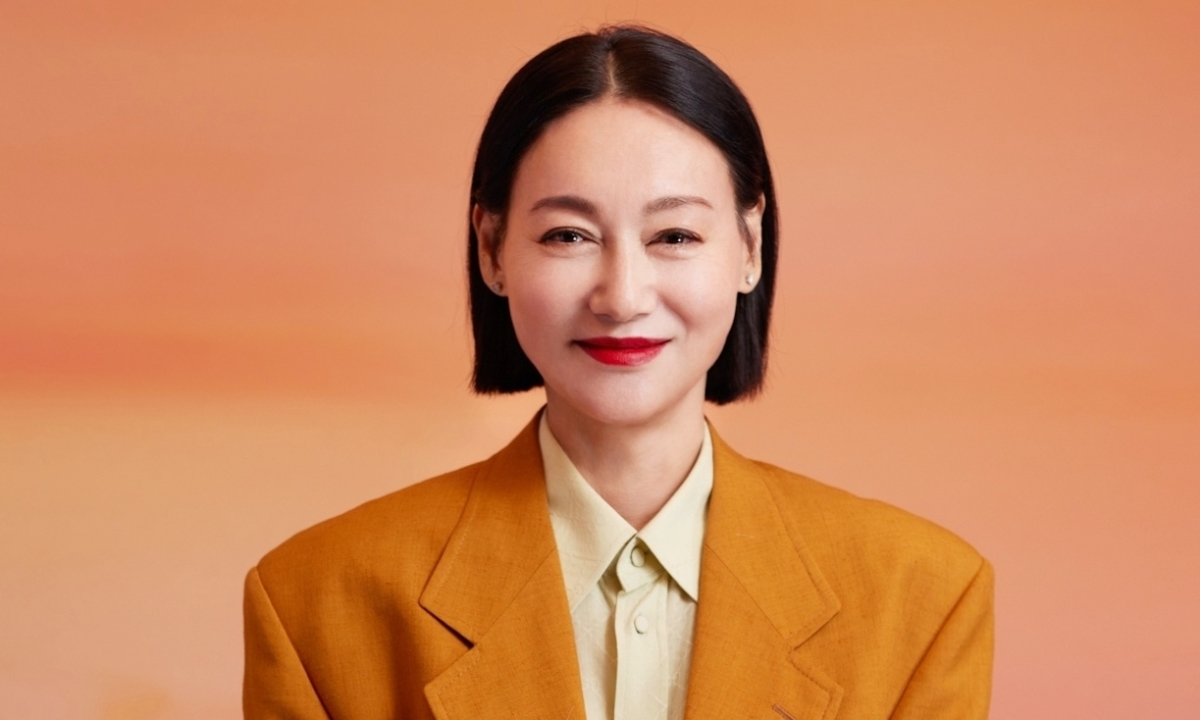 In the TV show on March 2, the actor said that he did not face age pressure and still found himself beautiful even though his face had traces of years. On the contrary, Anh Hong is proud of having more experience and bravery to solve all problems in life. The actor said: “Being able to grow old is also a blessing. I am very grateful and hope that I can continue to act, bring to the audience many good works, until I can no longer act.” .

According to Sina, Hue Anh Hong is commented by colleagues and fans that she is young compared to her age. The actor has short hair, his face is always smiling brightly. She also focuses on preserving beauty, body combined with elegant fashion style.

Single at the age of sixty, Hue Anh Hong spends most of her time at work. In the past three years, she has covered the Chinese screen when acting in 16 films, participating in nine TV shows… Sina Anh Hong is a rare female star in her 60s who maintains a constant frequency of artistic activities and her popularity is not inferior to that of her youth.

In the program, the actor said he liked the feeling of being immersed in work, seeing himself as young and useful. In his spare time, Anh Hong travels, participates in skill courses, and does community activities to make life more colorful. “People will age quickly, think limited, react slowly if there is no work. No one knows what the future holds, so I have to live happily, work hard,” she said.

According to Chinatimes, Hue Anh Hong is eager to work partly because she doesn’t want to experience poverty again. The actor comes from a rich and knowledgeable family. When Anh Hong was three years old, her father went bankrupt, she had to go to the street to beg from the lady. At the age of 13, she worked as a street vendor and worked as a dancer in a nightclub. The turning point in her life came at the age of 17, when she was chosen by director Truong Tri to play Mu Nian Ci in God Condor. After that, the actor acted in many movies, leaving an impression with the female image.

In the program of Youku in June 2021, she said: “My character is very strong and the reason I keep going forward is because I am afraid of going back to beggar days. I am afraid of poverty, afraid of not having a place in this world.” .

Hue Anh Hong is not pressured to get married, still believes in love despite going through many obstacles. The actor’s first love was an American sailor. At that time she was 13 years old, hawking at the pier, the guy bought her sweets and gave her delicious food every day. Before leaving for Vietnam, the boy confessed to her in Cantonese “I love you”, then went silent. “If he comes back to propose, I will marry him,” said Hue Anh Hong.

The actress once loved her boyfriend from a famous family but broke up when she made a nude photo series in 1988. After that, she dated a seven-year-old actor – Hoang Tu Duong and broke up in 1991. On, the actor once said he regretted falling in love with Hoang Tu Duong because he was a money and love fraudster. At the age of 40, Hue Anh Hong fell in love with a person outside the entertainment industry, but the love lasted only half a year.