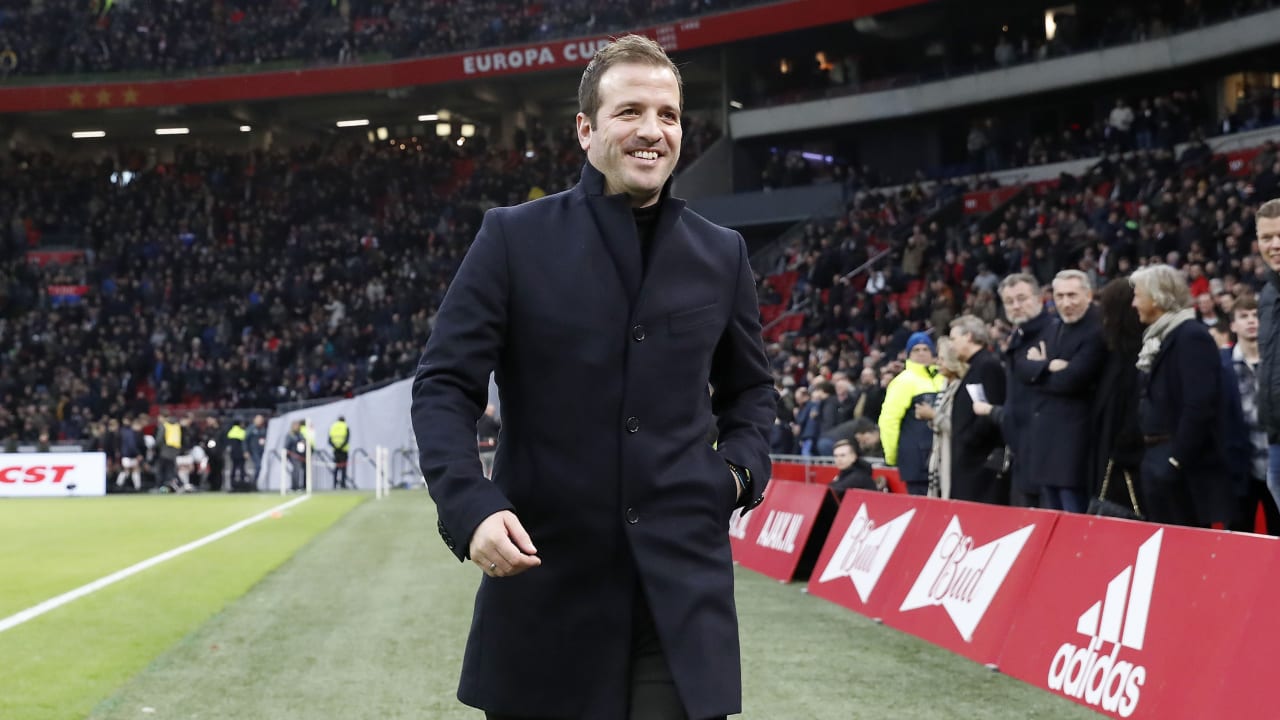 Rafael van der Vaart stands for a more successful time at HSV. He is the club’s last superstar. In the first part, the 109-time Dutch international remembered his ten most exciting and hottest games in the HSV jersey.

In part 2, the 2010 vice world champion and current assistant coach of the Danish second division team Esbjerg reveals who his eleven best, favorite and most unforgettable team-mates were in Hamburg.

My 11 top teammates at HSV

Frank Rost (203 games for HSV) “When Frank stood up in front of an oncoming opponent, the hearts of many attackers would certainly slip in their pants. A man like a rock. What a great goalkeeper. When it was in the box, it was a real bank. I am very happy that I was allowed to play with Fäustel. ”

Sergej Barbarez (216 games, 76 goals for HSV) “Perhaps Sergej was the most complete footballer I have ever played with at HSV. The boy could do everything: he was a goal scorer, a great strategist, had an innate authority – a real figure of respect. And had a keen taste for beautiful cars. A star on and off the pitch. “

Khalid Boulahrouz (66 games, 1 goal for HSV) “A club president once said that he would cross the street if Boulah came up to meet him. Because he was afraid of him. That’s what some strikers thought at the time. It always hurt to go into a duel against this tough central defender. Thank goodness I’ve had to play this top defender very rarely in my career. “

Daniel van Buyten (84 games and 10 goals for HSV) “If Boulahrouz was our ground defense, his neighbor Daniel van Buyten covered the air strikes. A man like a tower. As a type rather gentle and reserved, a real fighter on the pitch. No wonder, his papa Franz was a well-known catcher in Belgium. Matthias Sammer once complained as a coach at VfB Stuttgart: van Buyten cannot be defeated in the air. His header game takes place on a different floor. Very true.”

Nigel de Jong (94 games, 5 goals for HSV) “Nigel was the bouncer in front of our defensive chain. And hardly anyone passed him without authorization. An iron-hard clearer in defensive midfield. A terrier that never slacked an inch. No wonder that Manchester City transferred the record sum of 18 million euros to HSV for him in 2009. Money well spent in any case. “

Joris Mathijsen (211 games, 8 goals for HSV) “Joris Mathijsen was the successor to Boulahrouz in Hamburg. A completely different type of central defender, but just as successful. Joris was reliability in person. For example, if coach Thomas Doll had asked Mathijsen to follow the opponent to the toilet, my compatriot would have fulfilled this mandate as well. Joris was a soccer hero. ”

Paolo Guerrero (183 games and 51 goals for HSV) “Paolo only showed fear when he got on a plane. Otherwise the warrior would not avoid a duel with a defender. I have seldom played with a striker who had such sensationally good technique. Watching Guerrero play has always been a pleasure. It was a real privilege for me to be able to play football with him. “

Vincent Kompany (51 games and four goals for HSV) “Vince the Prince. A fine guy through and through with a keen sense of time and space. When I was on the pitch with Kompany, he was just 20 years old. But it was already clear what a world career he had in front of him. Even at HSV he was a personality to whom the football world was open. ”

Heung Min Son (78 games and 20 goals for HSV) “I had the honor of playing with Sonny in Hamburg for a year. It really was a rocket on two legs. Speed, great technology and great risk of goal. No wonder the Tottenham fans have taken him so dearly. He was also a totally humble boy who always wanted to learn from others. “

Hakan Calhanoglu (38 games and 11 goals for HSV) “Unfortunately I wasn’t allowed to play with Hakan for long. He could fire free kicks from a long distance like only Roberto Carlos once did. The boy is, in my opinion, one of the last street footballers who only lives for his game. I am very happy that he has had such a wonderful career. Who has been allowed to play football at both Milanese clubs? “

Thimothee Atouba (118 games and 2 goals for HSV) “If you didn’t see Timi play, you really missed something. He was a real show as a left-back, well worth the entry fee. The tricks and speed with which he duped his teammates was a stunner. And in the cabin he was never too good to joke. Atouba was one of the coolest players I got to know. “