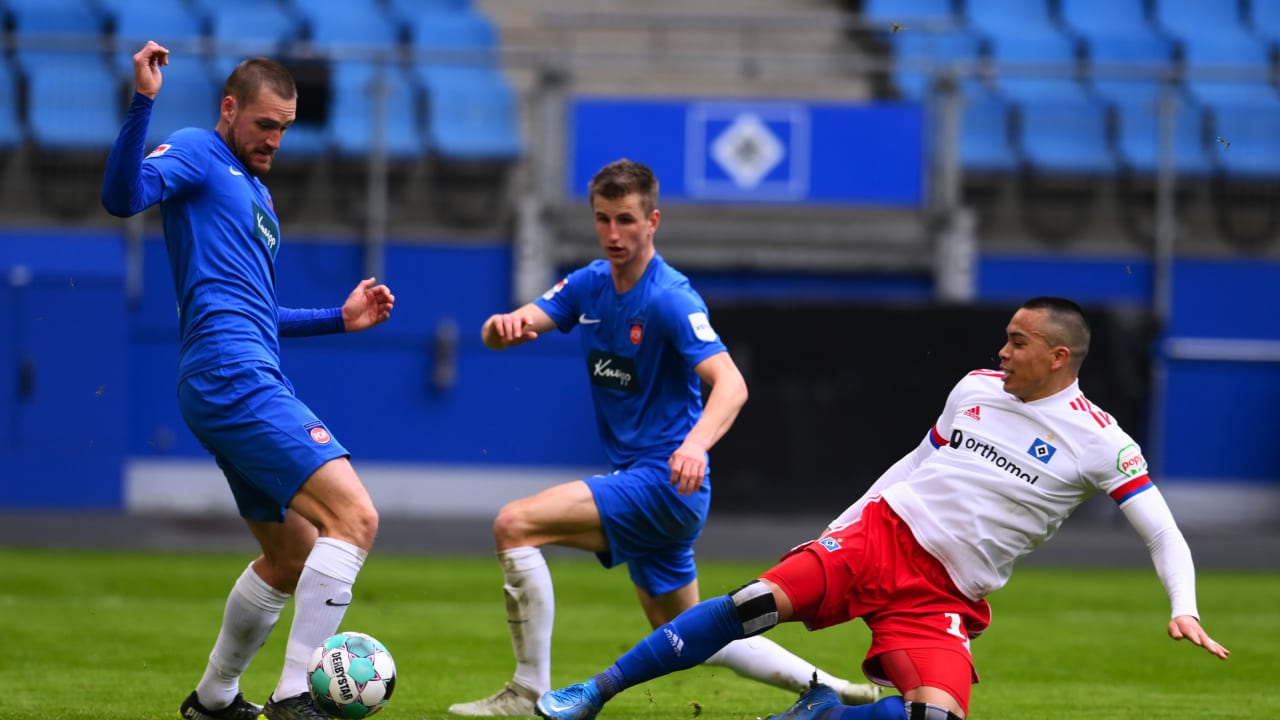 It was a surprise to almost everyone. The replacement at HSV for goal scorer Simon Terodde (33/20 season hits), who was in Corona quarantine in front of the TV, consisted of two players against Heidenheim: Bobby Wood (28) as a striker, behind Manuel Wintzheimer (22) as an offensive “free spirit”.

Astonishing: Terodde himself, captain Tim Leibold (27) and coach Daniel Thioune (46) discussed the personnel realignment before the game. And suddenly Bakery Jatta (22) was just sitting on the bench.

Thioune: “Wood and Wintzheimer have offered a lot in the last few weeks and would have deserved more. You have more than justified the trust. “

The American: “It’s always good when you start playing. I’ve been waiting for this chance. In my head, I was just ready. ”He described the last few months as complicated as this:“ As a player, it’s always difficult when you’re not playing. That was a very annoying time. “

He was similarly annoying in the 11th minute against Heidenheim, when he missed a big chance: “When I look at one scene, you want to beat yourself.”

Wintzheimer also remained goalless, but presented the 2-0 for Tim Leibold (his 8th preparation). The attacker, who recently only came for short missions: “It was decent for the long break. I’m someone who always pushes the gas. We have shown that we can compensate for any failure. We are well positioned in the second row. “