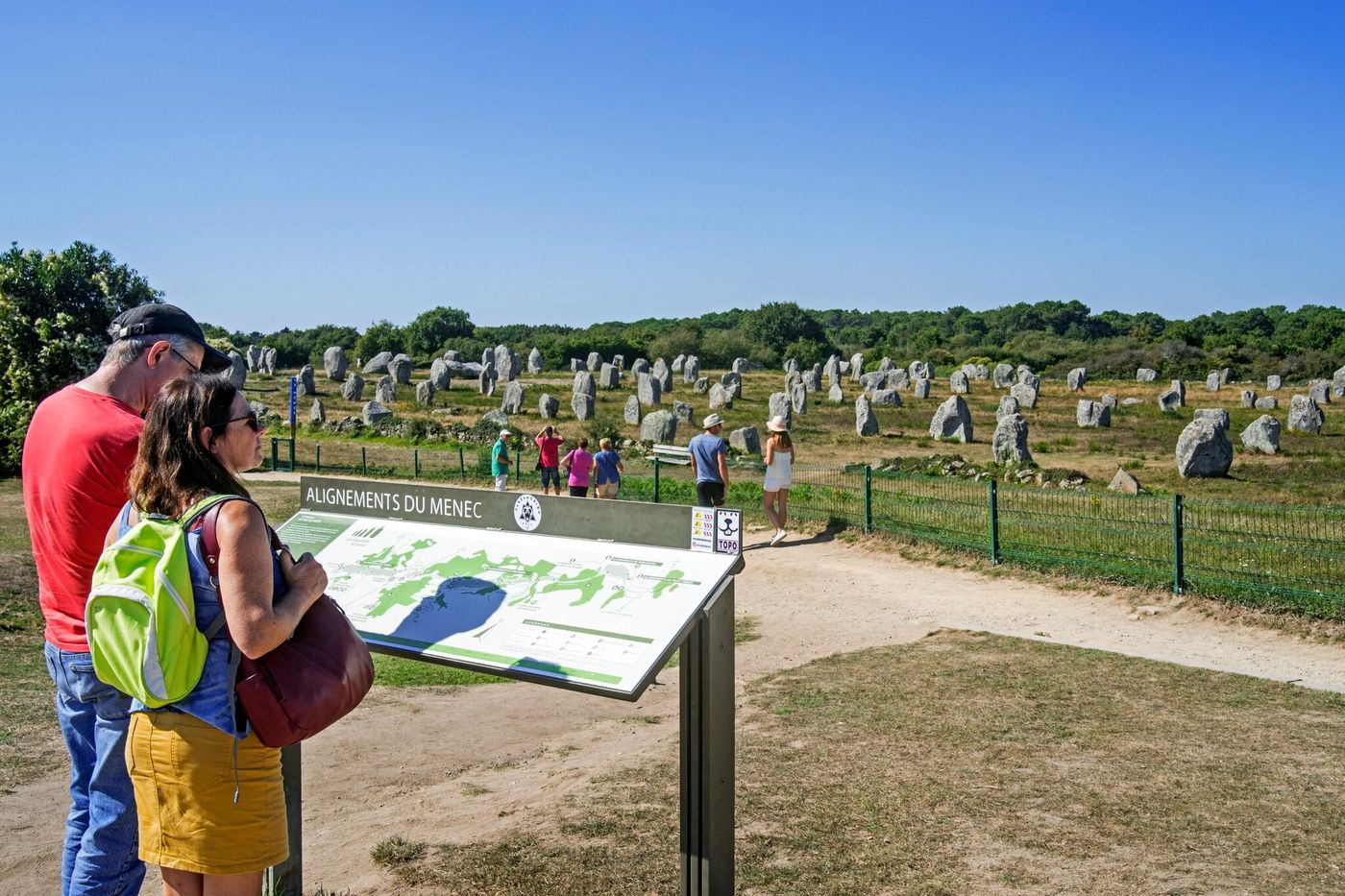 Victoire Dorise, director of the association Landscapes of the megaliths of Carnac and South-Morbihan

If the megaliths of Carnac and the banks of the Morbihan are one day registered as Unesco heritage as we wish, this could lead to an increase in tourist attendance. After obtaining this label in July, Nice saw its attendance explode. Our territory is already very touristy. To preserve the main monuments in the future, the challenge will be to better distribute our visitors between different sites, to connect them by gentle circulation, to book tours for mini-groups or families rather than cars.

We also want to improve signage to give a more global perception of these megaliths, with signs on the shore to signal the presence of submerged menhirs. Multimedia devices and “augmented reality” applications will make it possible to evoke sets that have disappeared, to reveal engravings that are barely perceptible to the naked eye. The more the inhabitants and visitors of this territory know about the value of this heritage, the more they will respect it. Of course, some sites will require reinforced protections, restorations. But it will be necessary to rely for this on the experts responsible for the health monitoring of these monuments.

► “A delicate balance to maintain”

The problem of overcrowding has long been an issue in Carnac. In the early 1990s, the soils were so degraded that some menhirs threatened to come loose. The decision to close the site, hitherto open access, has sparked controversy. But thanks to this, the land has regained a protective plant cover. This regulation remains necessary: ​​in high season, access to the site is limited to guided tours. In return, we are developing, with the department and the city, trails allowing you to walk along the alignments free of charge. In Locmariaquer, the site is in paid access, but many megaliths remain accessible. Unfortunately, some had to be closed, such as the Pierres Plates tumulus, which served as a dumping ground, or the Mané-Rutual dolmen, whose slabs are cracking. We need constant vigilance around all these monuments.

The launch of the procedure for registering these megaliths as a UNESCO World Heritage Site has made the population aware of their fragility. From now on, we must develop a management plan with elected officials to preserve them, despite the growing influx of tourists that this label could entail. I have both confidence and, as an archaeologist, a little fear.