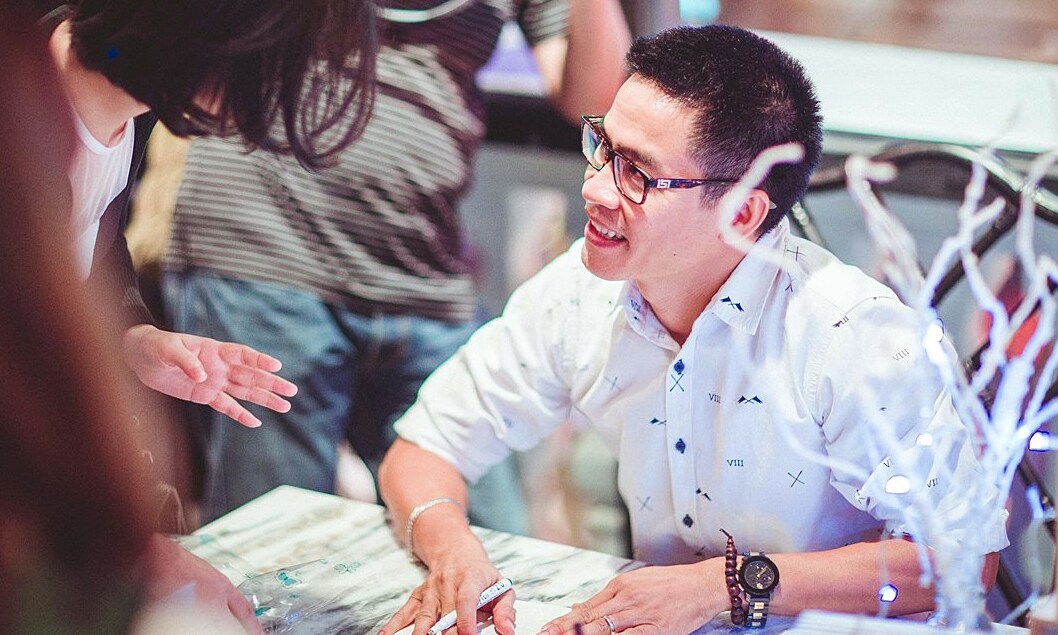 In July, critic Pham Xuan Nguyen talked about his sadness when he repeatedly discovered books he signed for autographs in the old bookstore. He expressed his opinion: “I will tear the page with the dedication if I can’t bring the book.”

The incident sparked a debate about the culture of book signing, how to treat donated books by both writers and readers. Many people agree with critic Pham Xuan Nguyen, narrating the strange situations. Writer Ta Duy Anh once witnessed a friend come back from the US, printed a collection of short stories and wanted to go to the seminar he attended to take advantage of the book donation. She eagerly showed off more than a hundred books, but half a year later, she fainted because no one replied. He also witnessed with his own eyes that many people received this author’s books but did not take them back. Writer Vu Xuan Tuu said that once, when he attended a conference on young writers, he saw donated books hidden under blankets and cushions. He quietly cleaned up for fear of being ridiculed by the hotel staff.

However, many writers think that they should not be sad because there are thousands of reasons for a book to wander, many of which are force majeure. Poet Hong Thanh Quang does not think this is a “tragedy” story, but considers it an opportunity for the author to understand more about his own work.

Poet Phong Viet said that when he saw some of the books he signed autographs at the old bookstore, he was even happy, like seeing an old friend again. Phong Viet also rarely stores purchased books and donated books, often sending them for donations or giving to others. According to him, the book will have more life cycle, increase value. “From the perspective of the person being given it, I think it’s normal to spend some time on that book, if it’s good, keep reading, if it’s bad, just ignore it, that’s normal. For the giver, let the recipient decide their life. of the book, it’s as simple as that,” Phong Viet added.

Many writers think that tearing the title page if it cannot be kept is unnecessary, because a professional writer should calmly accept this, even glad when the book has the opportunity to reach the people who really need it. Poet Hong Thanh Quang further explained: “The book signed by the author can be very useful for collectors. I think that the writer does not necessarily hide the indifference of people towards the artists. In life, there is love, there is hate, there is indifference… It’s normal.”

Poet Le Minh Quoc said that literary friends giving books to each other is a precious thing and should be cherished. “For a long time, I have received your book, now I have a new book, giving it back as a thank you. Receiving your book, I read it, pondered it, and thought to myself: ‘You can write this, what about me?’ Invisible, giving books is also a way to ‘fire’ each other. The lovely meaning of book donation lies there,” the poet said.

Le Minh Quoc said that it is very difficult to find a pattern of behavior with autographed books, because it depends on the mentality of each writer and the relationship between the giver and the receiver. He only gives books to those who really need them. The books were donated, if he didn’t like them, he would give them back to those who were interested.