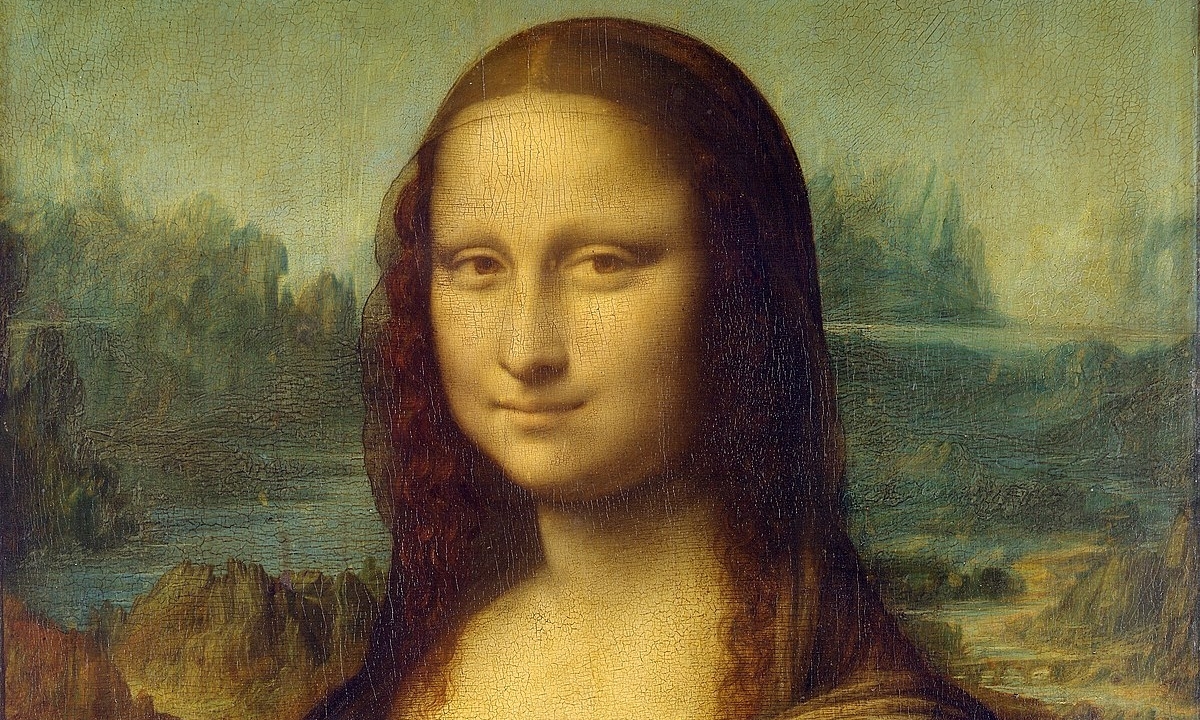 “Mona Lisa” – the most famous work of art in the world – is insured with the corresponding amount now exceeding 700 million USD.

Leonardo da Vinci’s masterpiece is more than 500 years old. In addition to the mysteries surrounding the creative process, the artist’s life and the characters, the work attracts attention when it is repeatedly vandalized and attacked. In May, a man wearing a wig and in a wheelchair splashed milk cream at the work while visiting the Louvre. The painting is shielded by bulletproof glass, so it is not affected.

One reason why Mona Lisa known worldwide as the theft in 1911 by Vincenzo Peruggia – who was hired to install protective glass for paintings at the museum – committed. Vincenzo hid in a museum cabinet all night, then put the painting in his coat and hid outside. The building is now locked. However, a plumber passes by, with a key that opens the door for Vincenzo. 24 hours later, it was discovered that the painting had disappeared.

For the first time in the history of the Louvre, spectators lined up just to see the space where the painting was stolen. Two years later, the masterpiece was found in Italy. Vincenzo spent six months in prison and the work was returned to the museum.

In 1956, the masterpiece was vandalized twice. First, someone sprayed sulfuric acid on the painting, causing the lower part to damage the paint, which had to be handled by professionals. Then a Bolivian man named Hugo Unjaga Villegas threw stones at the work. In 1974, 25-year-old Tomoko Yonezu tried to spray red paint on the masterpiece on its first day of display at the Tokyo National Museum. In August 2009, a Russian woman took a teacup from her bag and threw it at the painting.

Follow Culture Trip, the masterpiece of artist Leonardo da Vinci is priceless. In 1962, the painting was insured for 100 million USD, to date the corresponding amount exceeds 700 million USD.

Mona Lisa It is the world’s most strictly guarded painting. Wilfried Gesbert – engineer in charge of regulating environmental conditions of the museum and in charge of monitoring conditions in the glass frame – above Vaisala: “As an ordinary Louvre visitor, you cannot imagine how complicated the installation was.”

According to him, the glass is bulletproof and non-reflective. The painting is also illuminated with special LEDs to increase color and minimize UV ​​radiation. The modern treatment system allows air to circulate through the frame and surrounding walls, maintaining humidity at 50% and temperature of 21 degrees Celsius. Mona Lisa As an oil painting on poplar panels, maintaining the right level of humidity is very important. Changes in humidity can cause the board to shrink and expand,” says Mr. Gesbert.

Each year, the Louvre will open the glass to check the monitoring equipment and installation to ensure the paintings are well preserved. Inspections are carried out on days when the museum is closed – allowing the paintings to remain on display to the public.

Follow CBS News, in 2005, the Louvre discovered that the painting had warping during its most recent routine inspection. The incident baffled them because the work was kept in an enclosed environment, with temperature and humidity controlled to protect from any possible damage.

Vincent Pomarede, the head of the Louvre’s painting department, said: “Most likely wood pieces were added in the 17th, 18th and once in the mid-20th century.” Before that, the work underwent many repairs over time such as attaching a splint made of wooden strips to the back to prevent warping and cracks on the surface. They use X-ray and infrared technology to find out the cause and take measures to restore and preserve. “Mona Lisa is 500 years old and if we preserve it properly, ‘she’ will still be there 500 years from now,” Pomarede said. AFP then.

The work has left the museum several times. Follow ArtstorLeonardo da Vinci began to draw Mona Lisa 1503 in Italy. In 1516, when he was invited by King Francois I to work in France, he finished painting here. After the painter died, the king bought the work and displayed it at the Fontainebleau castle for more than 100 years, until King Louis 14 brought it to the Palace of Versailles. After the French Revolution, Napoleon borrowed the painting to hang in his bedroom at the Tuileries palace for four years. 1804, Mona Lisa moved to the Louvre.

The painting first left the Louvre in 1963. Theo Metmuseumduring a visit to Washington in 1962, then French Culture Minister André Malraux was asked to borrow by US First Lady Jackie Kennedy Mona Lisa for display. André Malraux agreed, but many in France objected, saying that the transatlantic journey could damage the work.

The masterpiece was then still brought to America. The paintings are placed in a specially crafted box: temperature controllable, fireproof, waterproof and bulletproof, loaded onto the ocean liner SS France. Security guards and museum officials escort. On December 19, 1962, when the ship docked, the White House announced that the work received the level of protection of the secret service usually reserved for the president. The painting was then loaded onto an air-conditioned truck to the National Gallery of Art in Washington. Traffic along the route is stopped, giving priority to convoys.

At the National Gallery of Art, the masterpiece is placed on a red velvet curtain, guarded by American soldiers around the clock. The event opened with 2,000 officials, including President John F. Kennedy attending.

The painting was later exhibited at the Metropolitan Museum of Art in New York, attracting more than 500,000 viewers. Follow The New Yorker, each person can only see the masterpiece for four seconds. On March 7, 1963, three days after the exhibition ended, Mona Lisa was taken on a ship back to France.

Last time Mona Lisa on loan was to the Tokyo National Museum and the Pushkin Museum of Fine Arts in Moscow, in 1974. More than 1.5 million people visited the paintings in Tokyo – a record number for a museum in Japan to date. Here, the work is protected by a three-sided glass box.

Even within the Louvre premises, the masterpiece moves only on rare occasions in service of renovation needs. Follow Art Critique, in 2019, paintings were moved from the Salle des États to the Galerie Médicis – one of the museum’s largest rooms – in order to renovate the gallery space with better paint and lighting. Manager Jean-Luc Martinez told AFP that two rooms are only 100 feet apart, but there are risks.