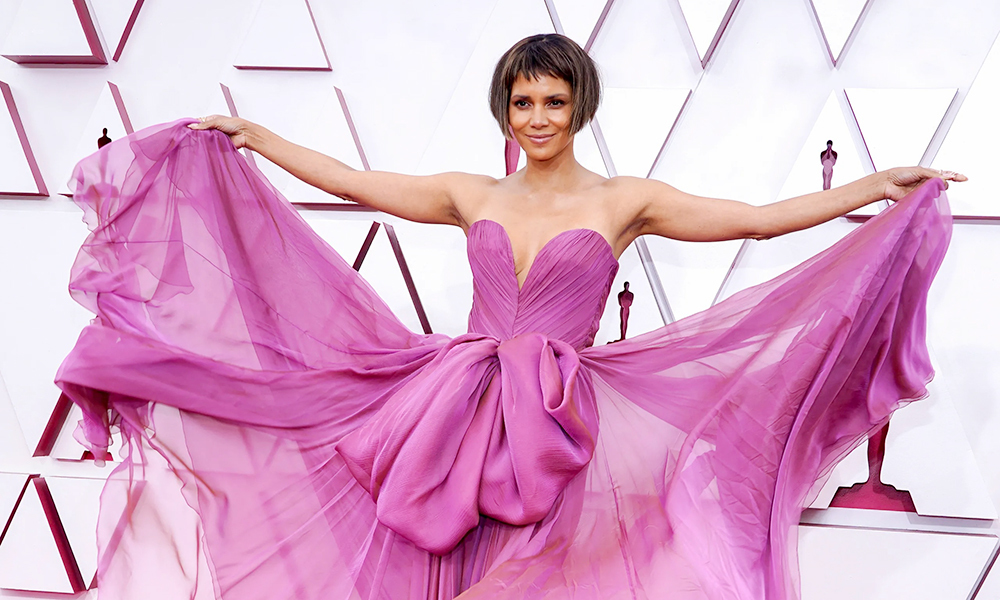 Many beauties prepared their dresses more than half a year ago, with up to 60 spare dresses before going on the Oscar red carpet.

Oscar 2022 will take place on March 27 at the Dolby Theater in Hollywood, Los Angeles. For more than nine decades, the Oscars have become cinematic excellence and become one of the world’s most watched television events. In addition to the ceremony, the movie event is also attractive in red carpet activities when gathering a series of talented beauties with the most beautiful dresses of the fashion village.

Elizabeth Saltzman – who used to be in charge of costumes for Gwyneth Paltrow, Uma Thurman – said that about 10, even 60 dresses were chosen for one star so there is always a last-minute alternative. The assistant team must also ensure that the guest’s hairstyle, shoes, wallet… do not match anyone on the red carpet. In 2013, Anne Hathaway once decided to change Valentino’s high-end dress to Prada dress when she discovered her co-star in Les Miserables – Amanda Seyfried – will also go to the Oscars with an Alexander McQueen dress similar to Valentino’s design.

The choice of clothing depends on the relationship with the designer or business cooperation. Actor Gwyneth Paltrow is close friends with Tom Ford. In 2012, the designer created her a white cape dress. The design became one of the most beautiful dresses in Oscar history. But for others, the relationship is just a contract. Jennifer Lawrence signed a $15 million partnership with Dior for three years. Emma Stone also has a $10 million two-year contract with Louis Vuitton. That forced them to wear the brand’s clothes at most events.

According to celebrity stylist Jessica Paster, who built the Oscar red carpet looks for Cate Blanchett, Miranda Kerr, and Sandra Bullock, it’s normal in the industry for a designer to pay celebrities to wear their dresses. fashion industry. In 2015, Jessica Paster, an image expert for Emily Blunt, revealed to Vogue A star can earn up to $250,000 to wear a dress on the red carpet and stylists are paid $30,000-50,000 to choose the dress and negotiate with a fashion house. Similarly, in jewelry, in 2006, Charlize Theron was paid 200,000 USD to wear Chopard necklace to the event. Before that, the actress pocketed $ 50,000 for wearing a Cartier bracelet to the Golden Globe.

On the contrary, there are many people who are willing to pay for the opportunity to wear the masterpieces at the Oscars. Chanel’s tradition is to never pay a Hollywood star to dress up to big events, no matter how famous the person is. The French fashion house respects each customer’s choice, encouraging them to wear dresses because they understand the value of the design instead of paying to promote the image.

On the day of the event, most celebrities book a hotel room near the venue for convenience. A day before, the red carpet dress is delivered to the beauties to try on, while the jewelry is usually delivered to the star by the security team close to the awarding time to ensure absolute safety.

To have a beautiful hourglass figure on the red carpet, in addition to the monthly training and dieting hours before the event, the stars always need shaping underwear. According to IndependentUnderwear is often sewn directly into the dress to hide marks when worn. They are removed when returning the dress to the fashion house. Cristina Ehrlich, designer and costume consultant for actors like Penelope Cruz and Tina Fey, says: “If your client doesn’t have a perfect body, it’s your job to make it fit. perfect. Size doesn’t matter, proportion matters. You are allowed to create giant hourglasses.”

Final wear and modification can take three to 12 hours. Ali Levine, Rita Wilson’s stylist, tells Vogue: “At that time the hotel room was packed. Everyone made sure everything went smoothly and without a hitch, from the manager and agent, the hair and makeup team, the stylist, the assistants. , professional nail team….”. Levine says the team’s biggest pressure is having multiple guests book at the same time for each awards season. “We usually have eight orders. Fortunately, the organizers always divide many time slots on the red carpet. So we have time to arrange, as soon as we finish this shift, we can run to the next shift.” .

To go to the event, actresses often rent a specially designed 12-seater car with a space in the middle. The star stood in the middle, leaning on the assistants standing around. They are not allowed to sit to ensure the perfect dress is spotless when stepping on the red carpet. Gwyneth Paltrow once had to lie on her back, her cloak stretched out behind with two holders to prevent wrinkles. The star’s assistant always follows the person with the needle to handle the problem as quickly as possible. In addition, they bring Static Guard – an anti-static spray for clothes – to prevent costumes from sticking to the body when stars move and operate continuously.

On the red carpet, some stars always have an assistant to help them shape their body, making them taller, slimmer and more attractive. Lucia Liu, who has styled a number of Chinese actresses and singers such as Dao Than and Chow Dong Vu, focuses on posing well with the outfits. “I want my clients to look slim and fresh, making the photos look better. This is quite important because their image will be known to the whole world,” she tells. Marie Claire.

After the event, the dresses are usually returned to the fashion house if it is not a custom design. Stylist Micaela Erlanger said to ABC: “Some brands like to keep them in storage. If that star wins an awards night, the fashion house tends to give them back as a sentimental gift.” In 2014, Lupita Nyong’o kept the famous light blue Prada dress. That year, “black pearl” won the golden statue for Best Supporting Actress. Glenn Close also took home Carolina Herrera’s iridescent design for the 2019 ceremony after making an agreement with the fashion house.