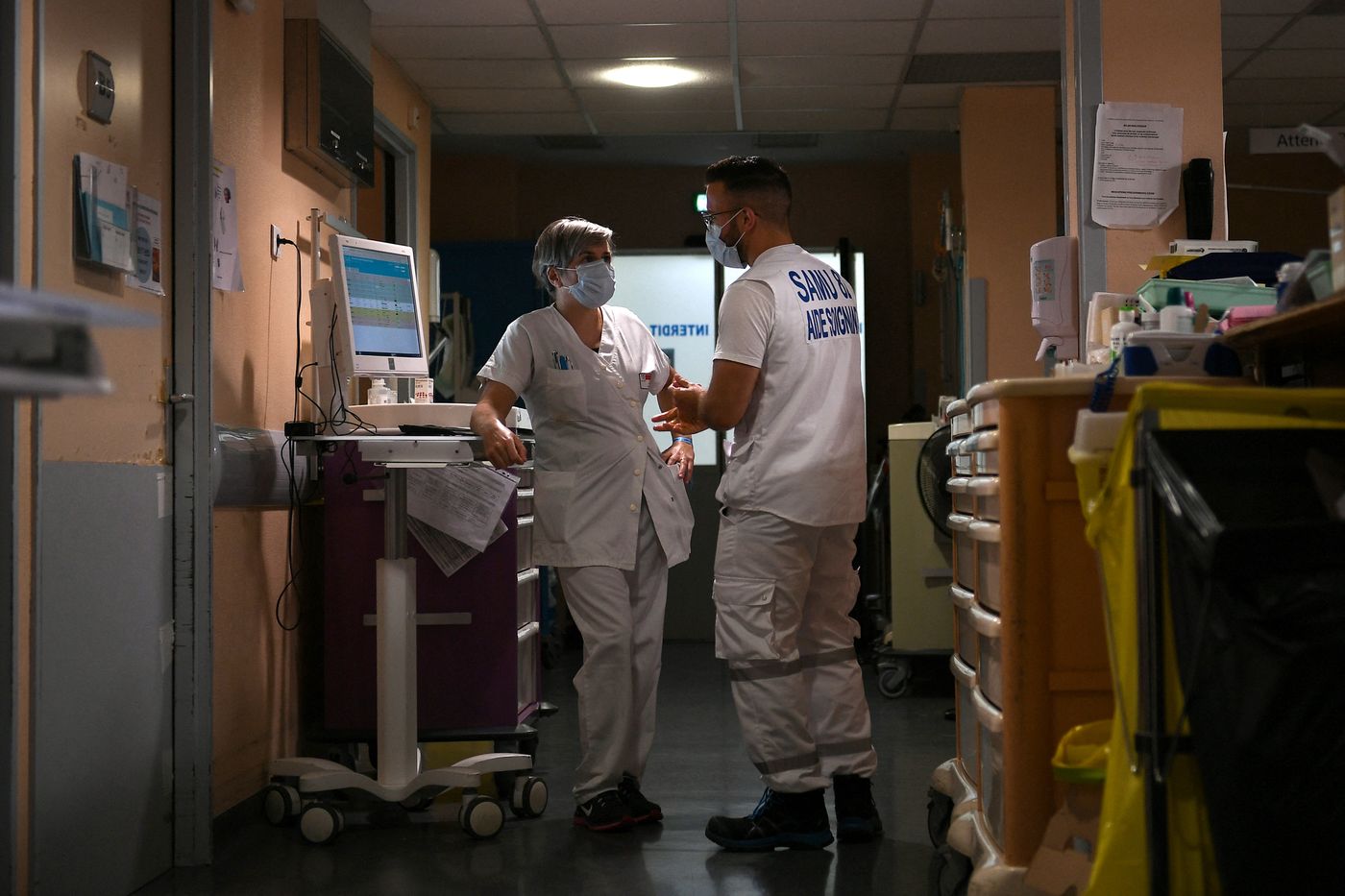 The message has spread everywhere for ten days. “Before going to the emergency room, if my doctor is not available, I call 15”, invites the communication campaign launched at the end of July by the Ministry of Health. While hospital emergencies are going through a particularly critical summer due to the lack of carers, the objective is to preserve them from saturation by raising awareness among the population of “real emergencies”, but also by strengthening regulation by the centers 15.

Flagship measure of the “flash mission” led by François Braun before he was appointed Minister of Health, this systematization of patient screening, mainly activated at night, now concerns 67 hospitals in the territory, according to a survey by the Samu- Urgences de France – i.e. 20% of the establishments questioned by the union.

An impact on the number of emergency room visits

At the Mâcon hospital center (Saône-et-Loire), the device has been tested since July 25, for the moment from 6 p.m. to midnight. A strategic time slot, the early evening usually marking a peak of activity.

“It is too early to take stock but overall, there has been a drop in the number of passages over the last ten daysobserves Doctor Alexis Girard, assistant to the head of the emergency department. Some days, we fell below the threshold of 100 daily passages, against around 130 usually”, reports the doctor, for whom this decrease results in a better quality of care. Especially since the arms are sorely lacking: in his department, around a third of the medical posts are vacant, and the workforce is still truncated in the summer period.

At the Bordeaux University Hospital, where this system was deployed at the end of May, the head of emergencies, Philippe Revel, also draws up a rather positive assessment. “There are no more impossible queues, working conditions for staff have improved and, to my knowledge, there has been no loss of opportunity for patients,” did he sum up The cross in July.

To welcome people who are still on the move, the Bordeaux establishment has chosen to use civil protection volunteers, posted in front of the hospital. But more and more often, as in Montauban (Tarn-et-Garonne), it is in front of intercoms connected to 15 that patients find themselves. As a logical consequence of this referral, reception and call control centers are often overwhelmed. According to Samu-Urgences de France, their activity increased by 21% compared to the same period in 2021. In Montauban, the increase is even estimated at 50%.

In Mâcon, on the other hand, the measure did not lead to an overload for the center 15, based in Chalon-sur-Saône. “Calls have increased, but as always between July 15 and August 15”, we are told. A trend that does not reflect the reality at the national level, according to Yann Rouet, co-president of the French Association of Medical Regulation Assistants, the agents responsible for receiving and directing calls made to 15. “The recommendation to do the 15 has an obvious impact on our activity, while we are at constant staff”, deplores this professional, for whom “The ministry’s recommendations have only transferred the problem of emergencies to the Samu, which are also understaffed. »

This is one of the reasons why this device was not adopted at the Toulouse University Hospital. “This would have added a hundred calls to 15 in addition to the 1,000 that we already receive every day, knowing that the classic regulation makes it possible to reduce emergency visits by 10 to 15%explains Professor Vincent Bounes, head of the Samu de Haute-Garonne. This would also have involved being able to offer alternative solutions to patients. However, many general practitioners have gone on vacation without being able to find a replacement. »

But for him, it is above all a question of principle. “I am one of the people who think that we do not go to the emergency room for pleasure. Some have tried to reach their doctor in vain, others have traveled miles to come to us. Their case may not be a life-threatening emergency, but it is a felt emergency. »

A busy month of July

In its survey published on August 3 and carried out among 331 emergency services (i.e. half of those existing in the territory), the Samu-Urgences de France union estimates that the activity of these structures increased by an average of 12% in July. This represents 180,000 more passages than in 2021 over the same period.

To cope with the lack of staff, 88 establishments have implemented a restriction of access, including 67 with systematic medical regulation by the Samu-Centre 15. Forty-two structures had to resort to total closures at night.

Faced with this unexpected increase in activity, “83% of Samu say they are in difficulty operating their facilities due to a lack of staff”, adds the union.