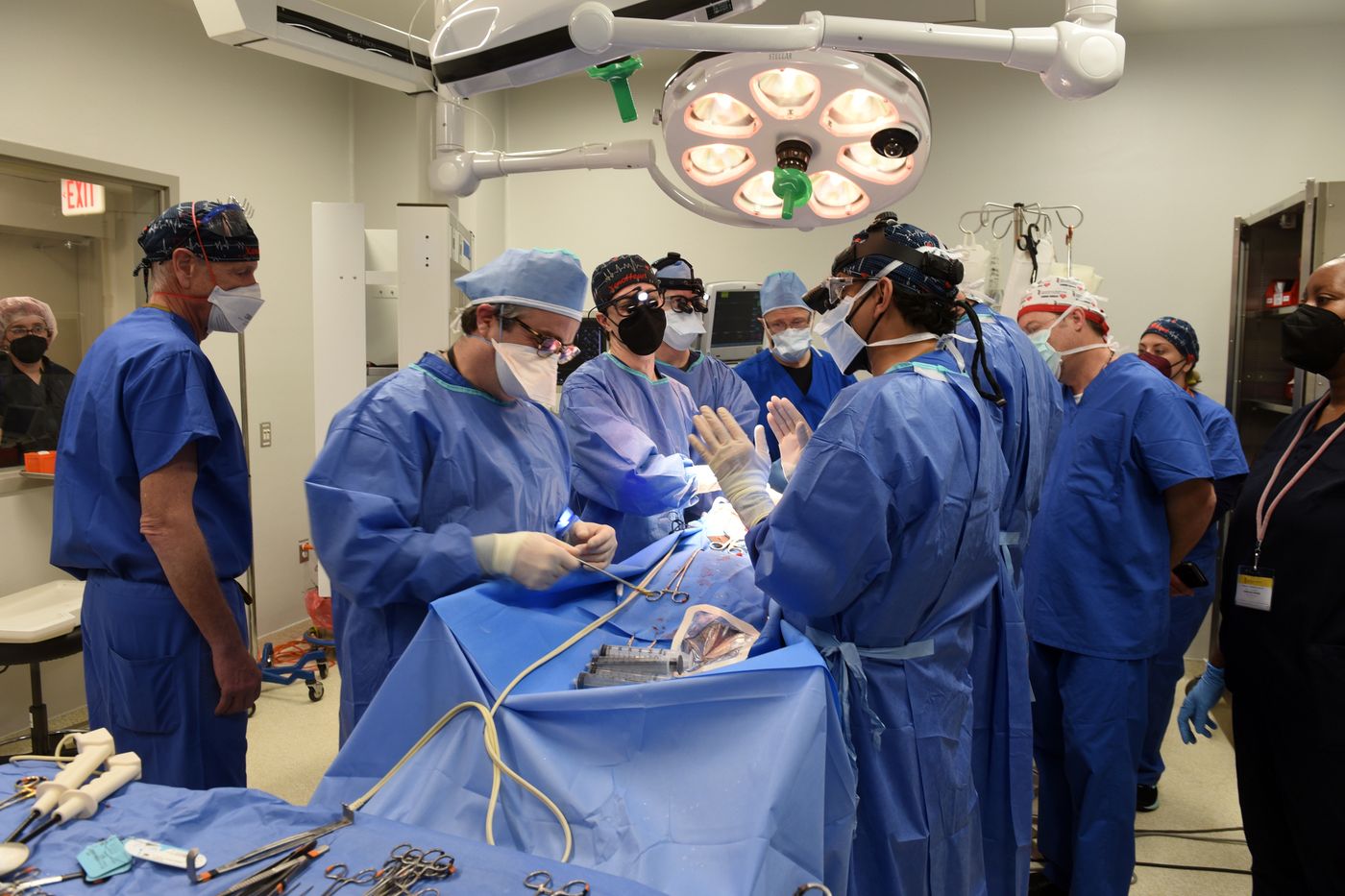 ► What have American surgeons achieved?

On Monday, January 10, the Maryland University of Medicine announced that it had transplanted a heart from a genetically modified pig to a 57-year-old patient, a world first. The American health authorities had given their consent to the procedure. The operation, which took place on Friday, January 7, was the last chance for the patient whose state of health was too degraded to receive a transplant from a human donor.

Tuesday afternoon 11 in France, the patient, stabilized and conscious after the operation, had to be disconnected from the assistance machine to let his new heart beat on its own. There’s no telling how long the transplant will keep him alive. Before the operation, the feasibility had been studied by transplanting pig hearts into baboons. In a 2016 study, coordinated by specialist Muhammad Mohiuddin who oversees the university’s xenograft (1) program, one of the transplanted baboons survived for three years.

► Why was a genetically modified pig used?

To limit the risk of rejection. The pig had been genetically manipulated by the Revivicor company, which also works on GMO pig kidneys. Ten modifications have taken place, details the press release from the University of Maryland: one to prevent the heart from growing too large, three to avoid immediate rejection by humans and finally six to integrate human elements into its genome in order to then promote the transplant.

“The choice of the pig is explained because it is quite close to humans at the anatomical and physiological level, with organs of comparable size and connected in a fairly similar organization”, explains François Meurens, professor of immunology and specialist in pig models at INRAE. Why not monkeys, closer to man? “The large primates are protected and on the verge of extinction, and the small ones, like macaques and baboons, are precisely small, he indicates. Pork is also much easier to raise. ” Last October, another American team had already transplanted a modified pig kidney in a brain dead patient. The kidney had worked properly.

Not all animal organs are “graftable”: the structure of the lung, for example, is very different from that of the human lung. However, heart valves and tendons from pigs are already used for transplants in humans. These elements are chemically treated so that there is no risk of rejection. For this first heart transplant, the patient received a new anti-rejection drug developed by Kiniksa Pharmaceuticals, in addition to the usual treatments.

► Will these transplants multiply in the years to come?

For Bartley Griffith, at the origin of the operation, “It is a major surgical breakthrough that brings us even closer to a solution to the organ shortage”. Nevertheless, it is far too early to consider that this technique replaces traditional transplants. “Even modified, it remains a pig’s heart and the risks are therefore greater than with a human heart”, recalls François Meurens.

→ LONG-FORMAT. Repairing children’s faces: at the bedside of the broken mouths of Mali

The issue of rejection, tolerance and a myriad of ethical questions still need to be resolved. “The debate deserves to be raised both from the point of view of our representations of human integrity and of this unprecedented form of solidarity between animals and humans, reacted ethics professor Emmanuel Hirsch. Biomedical innovation (…) justifies a societal reflection which conditions its acceptability. “

In France, the Biomedicine Agency counted 299 eligible people awaiting a heart transplant in 1er January 2021, to which were added 145 people waiting but suffering from temporary contraindications. The previous year, 370 transplants had taken place, not enough to cover all the pending applicants. The agency estimates that there is an average of 1.5 registrants for a 1 graft.