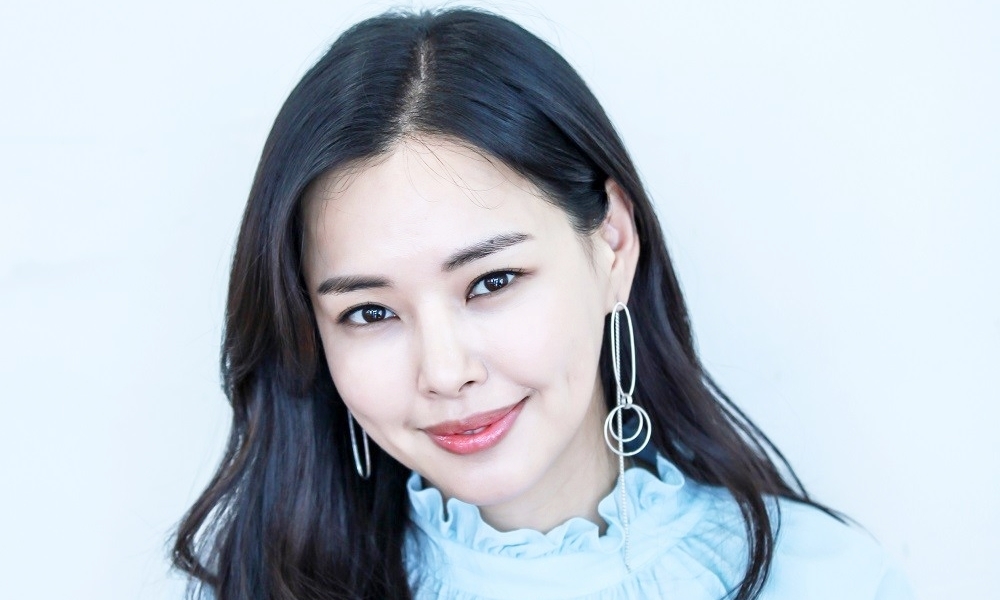 Honey Lee – the sexiest Miss Korea – was the only female star in the top 10 outstanding movie actors.

The beauty is currently attracting attention when playing two roles in One the Woman: Jo Yeon Joo – female prosecutor and Kang Mi Na – daughter-in-law of a tycoon family. After an accident, Jo Yeon Joo swapped identities for Mi Na. Honey Lee shows a strong personality and has a bit of fun as a prosecutor. In the role of a tycoon’s daughter-in-law, she portrays resignation through facial expressions and gestures. When the character is swapped, the actor portrays the mischievous look of a strong personality who is forced to conform to the framework.

The incarnation helped her receive many compliments from the media and fans. Sheet Hankyung commented: “Honey Lee’s acting is perfect. It’s not an exaggeration to say One the Woman helping her show off all the experience accumulated over the years.”

Honey Lee was born in 1983 in a prestigious family whose father is a high-ranking official of the National Intelligence Service, and mother is a professor at Ewha Women’s University. She graduated with honors in Traditional Music from Seoul National University – the most prestigious school in Korea. As a child, Honey Lee was one of the prominent names in school thanks to her academic achievements and beautiful appearance. In her third year of university, Kim Tae Hee – her close friend – introduced Honey Lee to advertising directors because “this face is not a star, it’s a waste”, opening up the first opportunities for her.

In 2006, when she turned 22 years old, she was crowned Miss Korea. In 2007, at Miss Universe, she attracted thanks to her beautiful face, perfect body and confident charisma. The beauty entered the top 4 in the end, leaving regret for many viewers. Globalbeauties – the leading page on beauty contests – voted her as Miss Grand Slam (Miss of the Miss). Until now, the media and fans still praise her as “the most beautiful Miss Korea” or “the sexiest Miss Korea”.

After the contest, the beautiful beauty showed advertising, MC, musical performance… In 2008, she attended the 11th SBS talent selection, officially entered the acting scene. Her debut role is Han Jeong Won – a talented and charming female lawyer – in Partner (2009). The film has many scenes of characters dressed sexy, showing off their bodies. The actor was criticized as a mobile vase. Her supporting roles in Pasta – Taste of Love, Hit (2010)… also fell into a similar situation.

She attended many acting courses, learned more from actors in the profession, and tried to become a professional actress. In 2011, she attracted attention when she transformed into Kim Yeon Jeong – a kind but rude chef who lost faith in love after being betrayed by her boyfriend of 10 years. The role brought her the “Best Newcomer” award at the 2011 MBC Drama Award. “Three wins and rushes”, she is active in both television and film, winning many awards through a series of works. Tazza – Hand of God, Return of Gentleman, Anecdote of Hong Gil Dong, Stained Heart…

In 2019, Honey Lee affirmed her position as a leading actor with two movies and one television work. At the beginning of the year, she dominated the Korean box office with Magical mission – The work earned $ 30.9 million, becoming the highest-grossing comedy of all time. The actress who plays a policewoman pretending to be the owner of a fried chicken restaurant has a messy appearance and behaves rudely. Her natural acting, humor and action sequences were praised by the media and fans. At the end of the year, she continued to attract attention with the role of a lawyer in Black Money, attracted 2.5 million spectators. The success helped her become the only female star named in the “Top 10 most outstanding movie actors in 2019”. Listed by market research firm Gallup Korea conducted annually based on the results of the audience’s votes, announced at the end of each year.

In the television segment, she conquered viewers with the role of Park Kyung Sun – a prosecutor with a monstrous personality – in the comedy series. Enthusiastic priest. Kyung Sun is smart, stylish, funny but sometimes fierce, “not afraid of heaven, not afraid of earth”. Honey Lee fully portrays the character through her sharp eyes and diverse expressions, helping her win the “Best Actress” award at the 2019 SBS Drama Award.

Koreaherald Honey Lee’s success comes from hard work and transformation in each role. She is willing to make herself look bad for character shaping, learning how to swear, and martial arts to act in movies. Above Sisajournal, Lee Byung Hun – director Magical mission – commented: “She’s an actress without flaws. I can understand why people would want to work with Honey Lee – she always radiates great energy”. Above Hkn24, Honey Lee once said: “I always want to play new, different roles – even though it’s completely different from me in real life. I also want to have the opportunity to try out in foreign markets such as Hollywood, France, India or Africa”.

In addition to acting, Honey Lee participates in many fields such as music, fashion, reality TV shows, MC… She is a Gayageum musician, she has released four music CDs and performed in many countries around the world. world. Follow News 1Honey Lee is a model artist: has beauty, talent, and a beautiful personality.

Vogue According to the Korean edition, Honey Lee is a role model for women of the new era – energetic, creative, enterprising, independent, confident and most importantly, love themselves. After breaking up with her boyfriend of seven years Yoon Kye Sang in the middle of last year, she quickly overcame her sadness, spending a lot of time practicing yoga, learning to draw, cooking, taking pets for walks and chatting with friends. In the show Four Men and One Woman, actor Park Joong Hoon praised Honey Lee: “A woman with a beautiful face and a wonderful heart”.