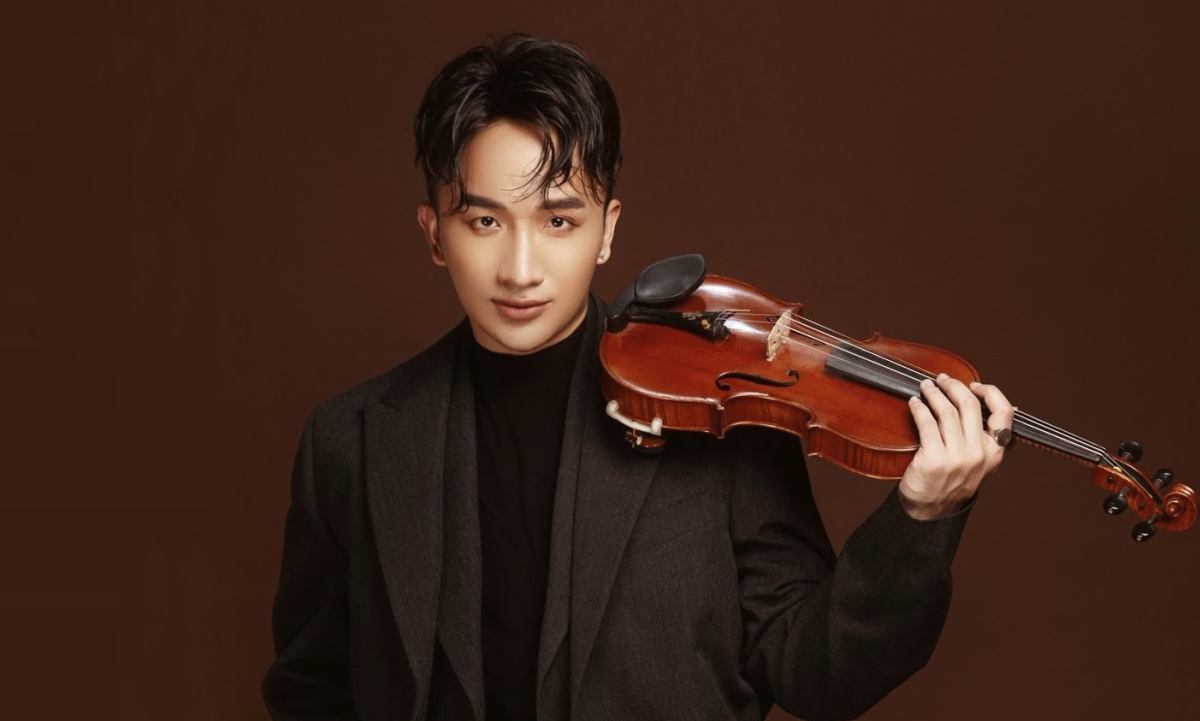 The sound of Hoang Rob’s piano is loose and dreamy, bringing the violin closer to the mass audience through the interference genres.

The male artist welcomes the first day of the new year in peace. After practicing the piano in the morning, he reads books, gathers to eat with relatives in the apartment in Hanoi. Summing up the old year, Hoang Rob said that the most valuable thing he can do is spend more time with himself and his family, find joy in simple things, form many good habits such as yoga, meditation, Cook. “Although Covid-19 caused many music plans to be missed, I consoled myself that I had more time to take care of the upcoming product,” he said.

At the age of 31, he feels himself playing the violin fluently, slowly, with more depth than when he first started his career, labeled as a “horizontal hand”. Not born in an artistic family, Hoang Rob himself accumulated money to buy his first violin, earning only about 400,000 VND for each performance at live music bars.

In 2013, he was noticed when he played in the semi-classical group Gen9, then remixed many popular songs such as After all, Winter’s Tale, Winter Girl. Through the sound of Hoang Rob’s guitar, many songs come alive, subtly classical but still have a modern breath. In 2016, at the age of 25, the artist created a buzz when combining musician Khac Hung in the album Dawn compiled by himself. The first time he held a live show of the same name at the Hanoi Opera House, he played the lute with enthusiasm and enthusiasm with all his youthful aspirations.

The liveshow “sold out” tickets because it was held for only one night, and was well received by the audience thanks to its trendy music playing, harmony and arrangement. When witnessing a soloist organizing a music night at the cultural “cathedral” of the capital, combining names such as Thu Phuong, Hoang Quyen, and Kieu Anh, many people believe that Hoang Rob has economic support from his family. and music is probably just a temporary stop for the rich guy.

But after 5 years, Hoang Rob is still hard at work on bringing the violin closer to the audience. Concept album Chat is his “dialogue” with leading artists such as Ha Tran, Quang Dung, Le Hieu, and Duc Phuc. His violin in the album is rich in narrative colors, supporting their voices, “conversing” on a peer-to-peer basis instead of “background” for the singer.

Although the salary increased 100 times compared to the beginning of the profession, Hoang Rob does not live entirely on music. Graduated with a master’s degree in economics, he runs many businesses in both regions with good income. Music with Hoang Rob is a game purely for art.

9x artists also have periods of deadlock in the profession. Two years ago, when he was caught up in the work cycle, running too much, he used to run out of creative energy, “playing the piano like a machine”. Resting, talking with artists of many different genres of music gives him new inspiration. In 2020, he holds a mini-show Excursion on a cruise on the Saigon River.

Hoang Rob does not want to stop at being a performer. During the gap, he tinkered with making music, intending to go to the US to study production. He said: “Many people say I’m lucky to pursue music, however, I think no luck can accompany 5, 10 or 20 years. This journey is not smooth, requires a lot of effort.” .