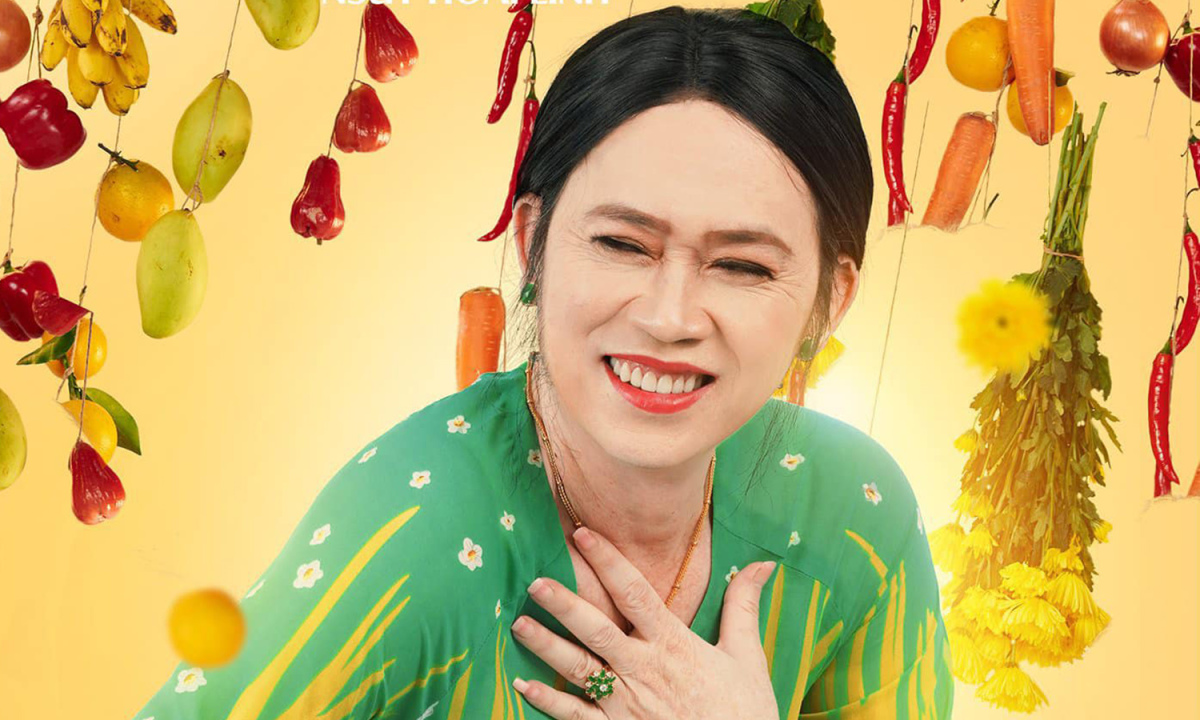 Hoai Linh plays a transgender woman in “Love the Western Girl”, a movie comedian who reappeared after the scandal.

The trailer was released at noon on March 3, introducing the character creation played by Hoai Linh – Bay Tinh, a middle-aged transgender person. Seven Tinh is the one who covers the main role – Thuong Men (Vo Dang Khoa) since childhood, advises him to live true to himself, gives him the first makeup. One of Seven Tinh’s emotional lines is: “From now on, even if you are sad, you must be beautiful”. The representative of the team said that the character takes on many funny details, and there are segments that help the main character reveal the transsexual’s inner self and identity.

The film is Hoai Linh’s first film project since 2018. Hoai Linh has been active since the beginning of the year, after more than six months of withdrawing from the entertainment industry. On January 7, the artist played the role of a stingy innkeeper in the play Lost in the sea of ​​people – one of 26 works for the Southern Regional Theater Festival. The artist is one of 40 names awarded the gold medal by the art council of the festival. Artist Tran Minh Ngoc – Chairman of the festival’s arts council – assessed through the performance of Hoai Linh and other artists, the work is touching when it exploits the fate of the materially poor and emotionally rich. , willing to cover the weaker than himself.

Hoai Linh was born in 1969, from Quang Nam. In the 1990s, the actor made a splash abroad when he acted in comedy with Van Son. In the early 2000s, the artist returned to the country to live and work. In addition to acting, the comedian also judges game shows and plays in many movies. At the end of December 2021, after half a year, the artist was entangled in noise and delay in disbursing donations to the Central region, the Ho Chi Minh City police determined that there was no sign of a crime.

Besides Hoai Linh, the movie Western girls love There are also artists Dai Nghia, Le Giang, Huynh Lap, Kim Xuan… The trailer introduces the life of the main character – Men since he was a male high school student. When there were early vibrations with another male student, Men began to face discrimination. He was beaten by his classmates, opposed by his family, and rejected. The video closes with Men being kidnapped by a group of strangers, pouring gasoline on him in a burning cottage.

The work also introduces many Western cultural features, including bingo groups. Huong Thu Autumn lottery is a place where many people in the LGBT community come home, yearning to live true to themselves. After the colored lights, the rotating bridge cage, the call to number is the dream of happiness and the home of the workers. The work chooses a timeline 12 years after the events in Who are you teasing? – web-drama resonates with Vo Dang Khoa in 2019.