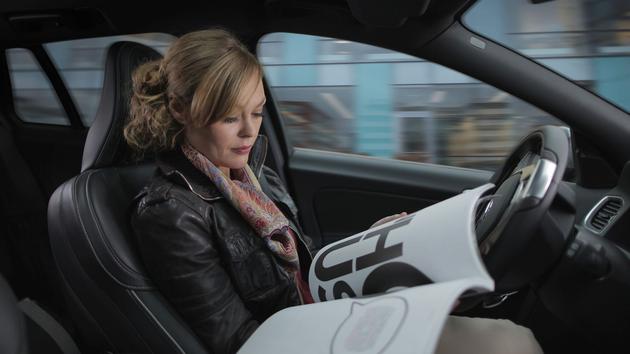 NEWS – A decree amends road regulations to authorize experimentation with automated driving vehicles on the roads of France, from September 2022.

Will motorists soon be able to devote their driving time to other occupations? Since the public authorities and manufacturers have decided to delegate driving to a computer to drastically reduce accidents, this is the wish of many drivers. In 2019, motorists questioned about the autonomous car, within the framework of an international study, affirmed for nearly half of them (47%) that it would allow to “sleep and relax”. The possibility of “having fun” came next (40%), then “eating and drinking” (38%), and, finally, “working and being productive” (36%). We are obviously not there yet, but the French legislator has just opened a breach in the Highway Code and road traffic governed by the Vienna Convention of 1968 and still requiring a driver on board.

In order to allow experimentation on the roads of vehicles fitted with automated driving systems (level 3), France, a first in Europe, has just published a decree amending the Highway Code, which is celebrating its 100th anniversary. It adapts the criminal liability regime to allow the driver to release his liability as soon as the driving delegation system is activated. In other words, it is the manufacturer who becomes criminally responsible in the event of an incident or accident. The decree specifies the terms of interaction between the driver and the system, as well as the emergency maneuvers that the system may be required to perform automatically.

SEE ALSO – Autonomous cars: “Machines will not solve all our problems” but can “save thousands of lives”, pleads Garry Kasparov

We must not delude ourselves. Sleeping or watching a movie instead of holding the wheel and being in control of your vehicle is not for tomorrow. The sole purpose of this decree is to allow manufacturers to test their systems in a real situation. Moreover, the decree specifies that the delegation of driving will only be authorized on predefined routes and zones. It only concerns keeping in the lane in a traffic jam situation on a motorway. The driver must however be kept “constantly in a state and in a position to respond to a request for recovery”.

Some vehicles marketed for a few years are equipped with systems allowing you to take your hands off the wheel and accelerate, brake and steer completely autonomously thanks to artificial intelligence, especially in traffic jams or on the highway. Tests carried out with numerous vehicles show that these systems are still deficient and only really work if they are able to communicate with the infrastructure – which is not always the case due to the lack of maintenance of the vehicle. the roadway – and with other vehicles.