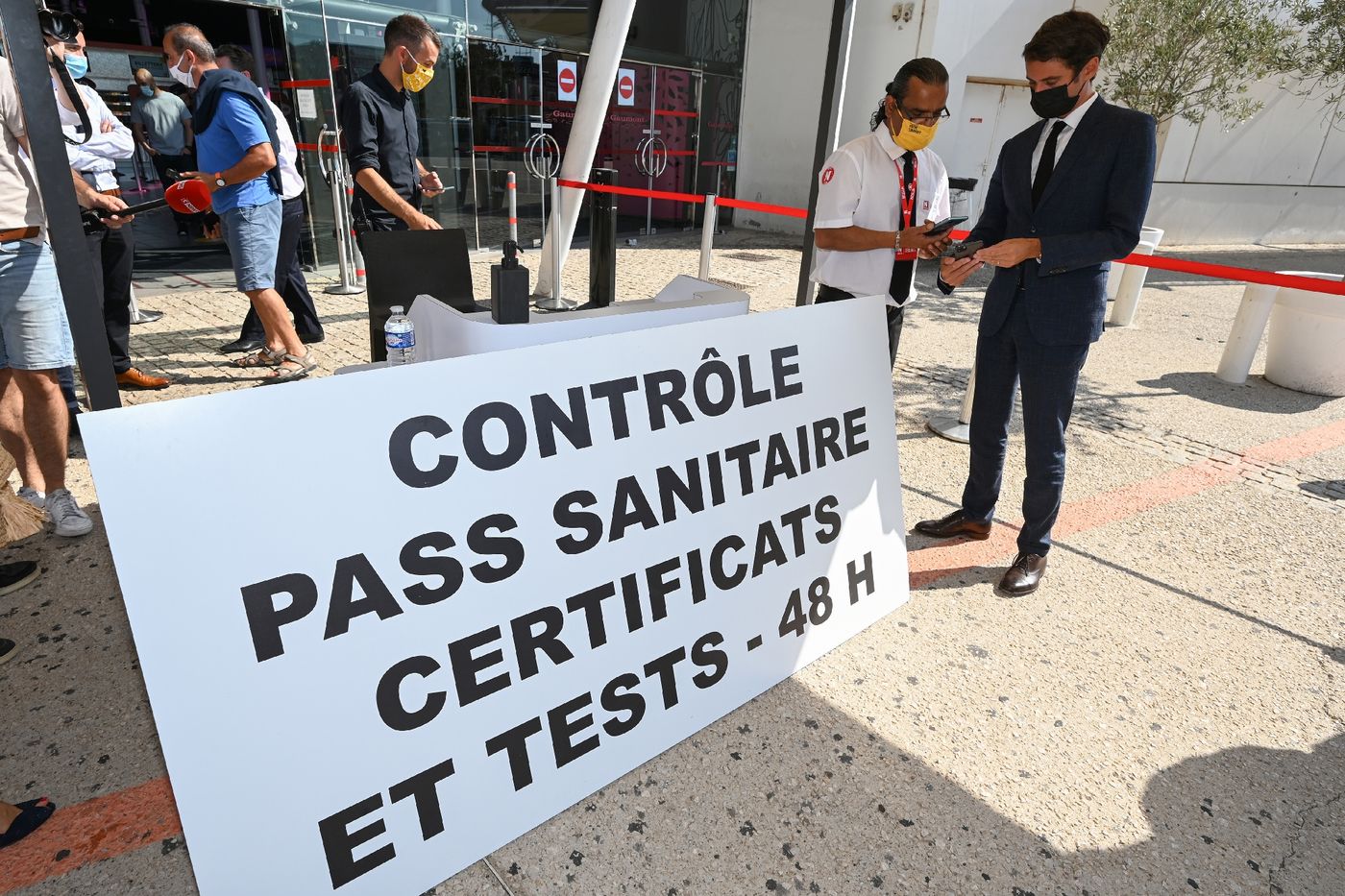 The government leaves the possibility of extending the health pass until July 31, 2022, announced Gabriel Attal at the end of the Council of Ministers on Wednesday October 13 where the bill was presented. “We must keep braking measures at our disposal”, justified the spokesperson of the government, specifying that “Extend the possibility of using the health pass” was not “Prolong its existence”.

The bill, slightly amended after its passage in the Council of State, provides “If and only if it is necessary to supervise the activity of establishments open to the public and to require a health pass” but also “If and only if the situation worsens”, the possibility of issuing decrees “For a state of health emergency for 30 days”.

→ READ. Health pass: the government wants to be able to “use it until summer” 2022

The text presented on Wednesday, October 13 toughens the penalties for fraud in the health pass: up to five years’ imprisonment and a € 75,000 fine. It also provides, if necessary, for new containment and curfew measures as well as economic support measures. But it does not resolve the thorny case of the articulation of this pass with the gradual deployment of the third dose of vaccines, for the time being reserved for the elderly or vulnerable.

Towards a presidential campaign under a health pass?

Although the ebb of the Covid epidemic continues on the majority of the territory, the executive intends to put an end to any case of recklessness in the event of a resurgence, by extending the legality of the health pass, whose deadline was scheduled for November 15, until the middle of next summer. “There is a significant risk of epidemic resumption and winter is favorable, an immune escape is not to be excluded”, declared Gabriel Attal.

→ DOSSIER. 3rd dose: answers to your questions about the vaccine booster

As for the current legal regime, which makes it possible to locally limit the movements of people or to close certain establishments in the event of a strong epidemic recovery, it is also extended from November 15 until July 31, 2022.

This eight-month bonus is also cringe on the right and on the left, because it evacuates the debate of the campaign and the elections that will mark the first half of 2022. “There is no question of giving a blank check until July 31, 2022, it must be under the control of Parliament”, thundered this Tuesday on France Info the President of the Senate Gérard Larcher, denouncing “An attack on individual and collective freedoms”.

Received by videoconference Tuesday by Jean Castex, during a parliamentary liaison committee, the deputies Jean-Christophe Lagarde (UDI and Independents) and Sébastien Jumel (communist) announced their opposition to such a delay without consulting Parliament. Same tone among senators who have meant that ” debate “ at the Luxembourg Palace “Was going to be played on the place of control of the Parliament”, according to a meeting participant.

→ MAINTENANCE. “For places of worship, neither the State nor the Church can impose a health pass”

After hesitating to introduce a review clause in Parliament in the first quarter of 2022, the majority calculated that “Whatever we do the oppositions will howl”. “And if we approach the election they will yell louder. For us, it will be a bad moment to pass but it is not very serious ”, says someone close to the president.

“The stake for us is not to say that we are going to prolong the constraints indefinitely”, had pleaded at the end of September the spokesman of the government Gabriel Attal. The executive, which has ruled out making vaccination compulsory, has made the health pass a pivot of its anti-Covid strategy. The end of the free admission of certain so-called tests “Of comfort” to October 15 constitutes a new stage of this strategy, by further encouraging vaccination.