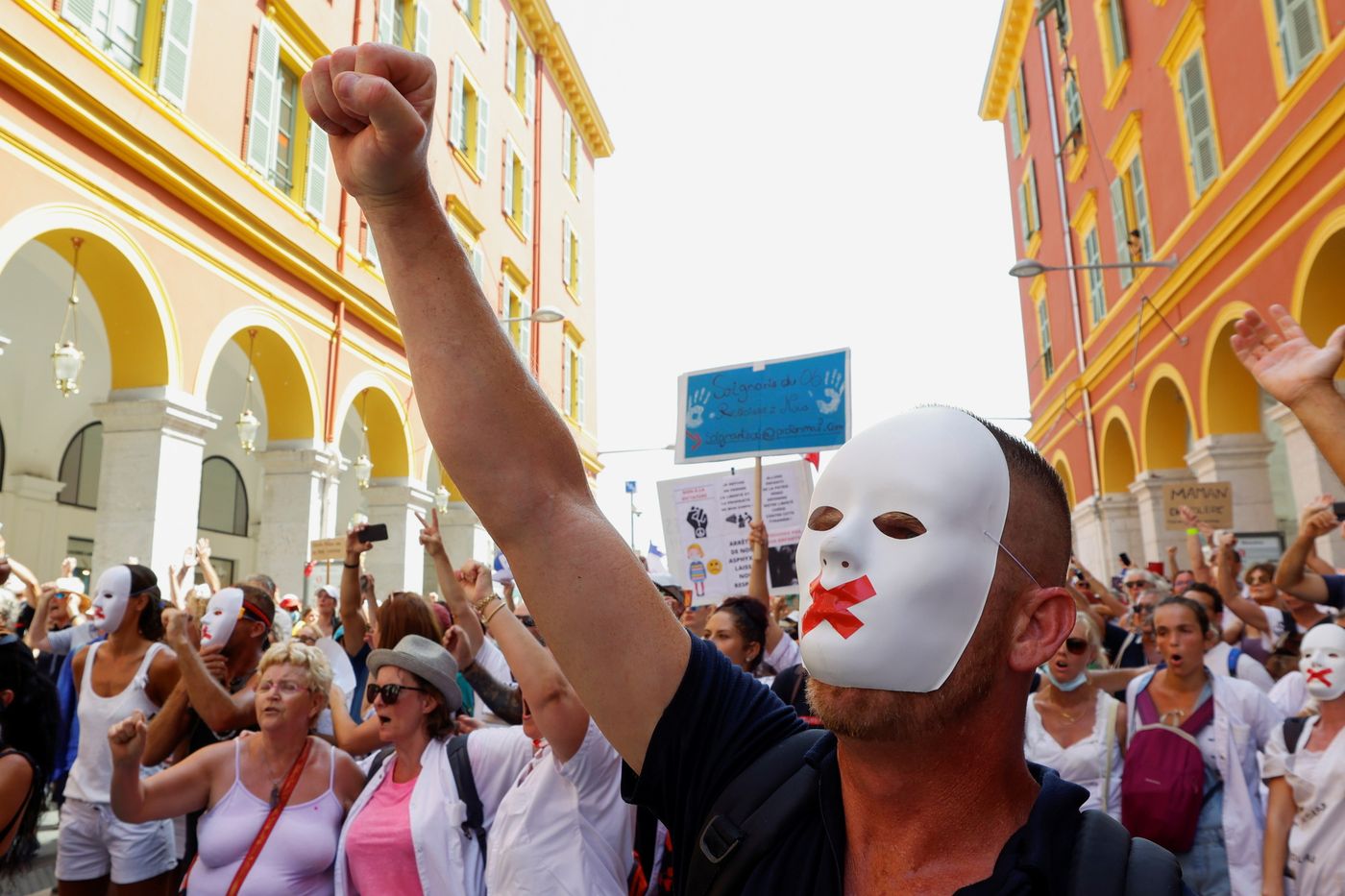 “I worked in a private medical and dental center. On September 15, I was told: “it is necessary to be vaccinated, it is the law”. I replied that this law went against my convictions. So I was suspended. “ Georges Chapel, 58 years old from Nice, is an oral surgeon. “Since then, I no longer have a job or a salary. “ A radical choice that he assumes, like the 600 or so caregivers federated within the “Soignants 06” collective, of which he is one of the spokespersons.

→ READ. Covid-19: vaccines reduce the risk of hospitalization by 90%, according to a study

“I don’t want to be vaccinated, asks Georges Chapel, who evokes the lack of perspective on vaccines to justify his choice. It’s crazy to have to decide between your work and an opinion! Since September 15, my life has been completely turned upside down. “ After his suspension, he postponed all his interventions and offered his patients requiring urgent care to see another practitioner. “I miss my practice, I miss my patients. But how to do it ? “Asks the one whose daughter, herself engaged in the health sector, was also suspended from her post.

A fight “Which allows to hold”

While for the majority of caregivers, refusing vaccination when working with sick or vulnerable people is an irresponsible or even selfish decision, they continue to doubt the product and consider the obligation “Unfair”. In Nice, as in many French cities, this opposition took the form of a judicial mobilization. (read below). So far, the first decisions have led to the rejection of the applications, in particular because the applicants had not provided proof of the dangerousness of the vaccine (or any contraindication concerning them) and that they had been duly informed of the risk. a suspension.

But for these non-active staff, these steps are also a way of livening up their days. “I don’t just sit on my sofa moping!, continues the dental surgeon. We have meetings. We are preparing actions. We are supporting two of our members who are on hunger strike… ”

Christel Alonzo, 53, describes herself as “A fighter”. This caregiver from La Palmosa hospital in Menton was suspended – by email – on September 15 and has been living with her insomnia and blues ever since. “I do this job by vocation. After thirty years of working there, I feel treated like a mess. It’s the fight we lead with the collective that allows me to keep going », She describes.

A legal victory would allay the anxieties of Léo (his first name has been changed), an operating room nurse in a public hospital in the Riviera, who feels “Plunged into isolation” : “As a caregiver, I am ready to take painful information. But what we experienced is so violent that I started psychological care ”, specifies the thirty-something, who justifies his refusal of the vaccination by the fear of “Increasing side effects”. Within the group of caregivers of the Alpes-Maritimes, a listening unit has been opened.

After more than a month without a salary, the inevitable question of money also arises. “I earn € 1,980 per month. I pay 680 € rent for my studio, plus water, electricity, all the bills… ”, exclaims Christel Alonzo. “So my mom helps me a little”, continues the nurse who hopes that the administrative court will allow his reinstatement or the payment of his salary arrears.

Leo draws a question mark when it comes to discussing the future. The nurse did consider a retraining. “But training as an herbalist, for example, takes two years. Time, money… ”, laments this holder of a master’s degree. He dreams that the vaccine obligation is lifted: “To return to this profession that I have chosen and that I love. “

Me Jérôme Campestrini represents, this Thursday, October 21, 31 hospital caregivers suspended from Nice, Menton, Cannes or Grasse before the administrative tribunal of Nice. “This decision discriminates between vaccinated and unvaccinated personnel”, argues the lawyer.

On October 13, the administrative tribunal of Versailles rejected a similar request from a hospital worker. Other jurisdictions have rendered comparable decisions.

September 9, Me Campestrini, on behalf of 522 caregivers des Alpes-Maritimes, seized the Council of State of two requests: one in suspension, the other in annulment of the decree on vaccination. The Council of State rejected the first request, the second will soon be considered.