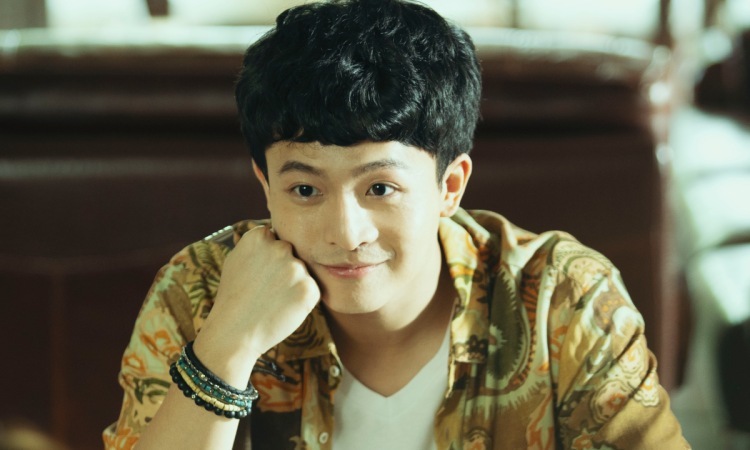 The six-episode series is directed by Hsu Li-Da and stars Li Yijie, Chen Handian, and Harry Lu. Xiaoyou (Li Yijie) is always worried about her husband Dakai (Chen Handian). After suspecting her husband of cheating, she secretly uses a mind-reading device to save the marriage. One day, she meets a man (Harry Lu) once known. The incident turned him into a “third person”, causing many misunderstandings.

For the first time acting in a TV series in Taiwan, Harry Lu was excited. The actor said: “I no longer transform into a ‘male god’ character, but more thorny. I don’t speak Vietnamese in the movie.” His scenes were originally intended to be filmed in Hoi An. Due to Covid-19, the film crew could not go to Vietnam, so they changed the context and plot.

Harry Lu was not troubled by his fluency in the language. The emotional scene is also favorable because the female co-star is friendly and funny. At first, he was surprised because everyone in the group talked less, just focused on doing the right job and then went home. In Vietnam, the crew often chats with each other or gathers after filming.

After the accident in February 2018 that required facial surgery, Harry Lu is now confidently standing in front of the camera. He said: “I no longer think too much about the scars on my face. I’ve gotten used to them and accepted them. In fact, I no longer play a role that focuses on appearance, so I have wounds or less shimmer on the screen. It’s okay, I believe the director and producer chose me for the role for a reason. I can only try to do the best. For those who love me, I don’t think they will because of that wound. hate”.

Harry Lu lives alone because his parents are still in Vietnam. Every day, he practices acting and learns from foreign teams. In his spare time, he plays sports to improve his health.

Harry Lu was born in 1992, has a family of Taiwanese descent. He joined Vietnamese showbiz in 2013 through movies Idol. Top secret agent, Huong ga, The boy that year, 4 years 2 guys 1 love, It’s great to be with you…