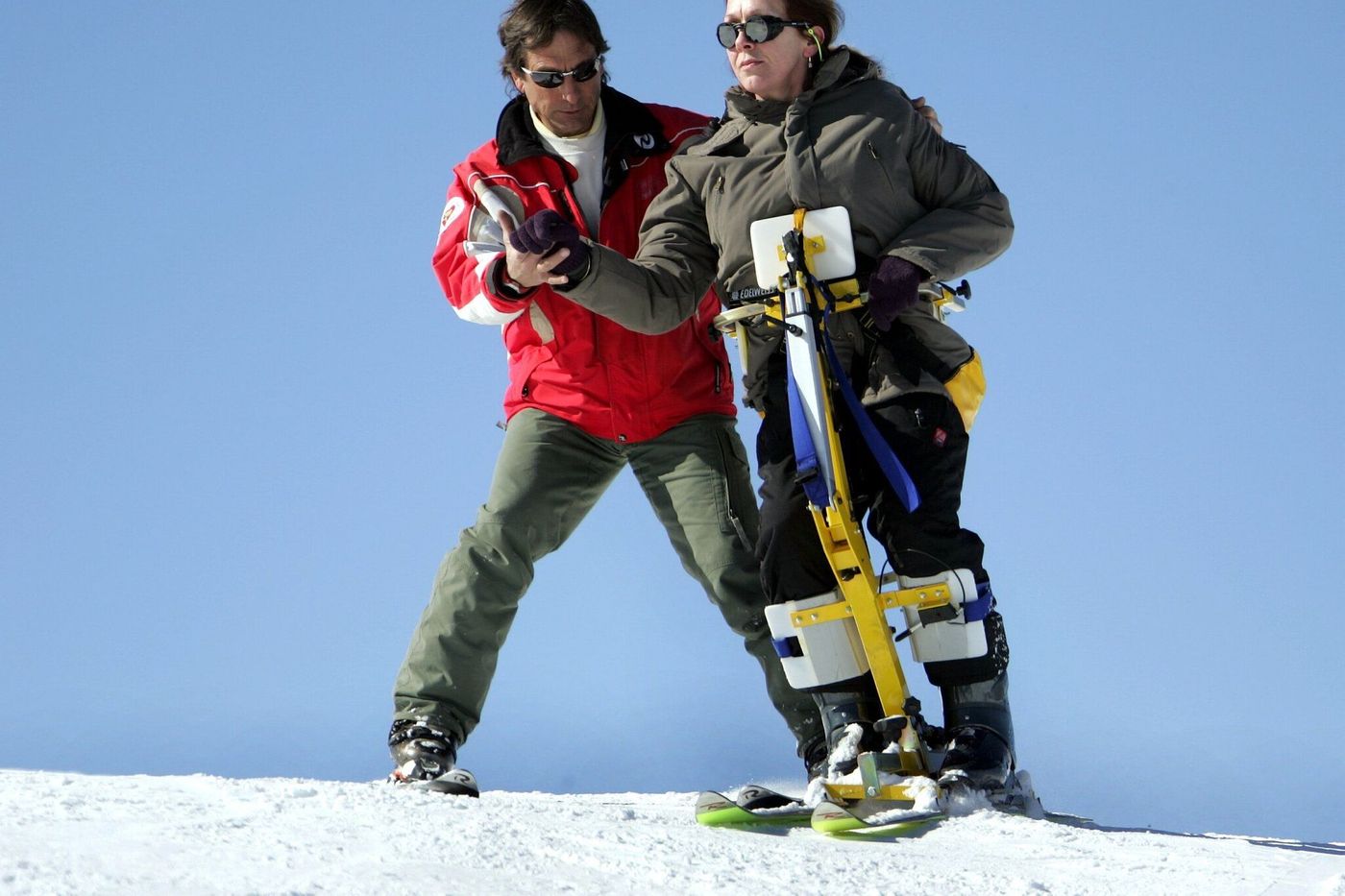 Initially, it was the adaptation of a verticalizer, a device used in hospitals to allow patients to straighten up. In fifteen years, over the course of improvements, the machine became the Gotoski, a snow scooter invented by Marc Gostoli, an instructor from La Plagne (Savoie) who wanted to offer disabled people the possibility of hurtling down standing tracks, even if they have cerebral palsy.

The machine on skis, equipped with a handlebar, is articulated. “The mechanical system makes it possible to reproduce the eight movements of the valid ski, such as edge grips on the right and on the leftexplains Fabienne Durand, president of the Association for the development of adapted physical activities in Cerdagne-Capcir (Adapacc), which offers this equipment in the station of Angles (Pyrénées-Orientales). By turning the head and shoulders, you can initiate a turn. »

“At the bottom, some are crying with emotion”

The invention is intended for all those who can stand on their legs, even without being able to walk. “This represents 75% of people with disabilities”, indicates the association manager, professor in the Staps department (Sciences and techniques of physical and sports activities) at the University of Perpignan.

→ ANALYSIS. In the momentum of the Games, France faces the challenge of accessibility to para-sport practice

Shaped to accompany Gotoski users, she glides by their side, holding them when needed. “It is also suitable for invisible disabilities, such as multiple sclerosis, and mental disability, she continues. We reach people who had never skied and others who had to stop. Downstairs, some are crying with emotion at having regained the feeling of sliding. »

This offer complements that of armchair manufacturers such as Tessier, which also has a leisure range. For Fabienne Durand, director of the “Performance Santé Altitude” research laboratory, the Gotoski has the advantage of making its followers more “assets” than a seated descent in a seat piloted by an instructor.

“It’s important for self-esteem, but also on a physical levelshe points out. It’s worth a physio session. For people with disabilities, sports practice is a public health issue. As long as they have abilities, they have to be worked on. »

As this type of equipment is not covered by health insurance, companies offer prostheses suitable for recreational sports, less expensive than the models used for competition. This is the case with Floki, a ski foot developed by Jouvet Orthopédie. “We have patients who no longer skied at all and who have recovered thanks to this device”welcomes Johanna Harel, orthoprosthetist and co-founder of the Hérault company.

Going in three years from the status of a prototype to that of a prosthesis marketed at €1,500, Floki is a compendium of technical solutions at “low prices”. The aluminum foot attaches directly to the ski. And the size is one size. From 42.