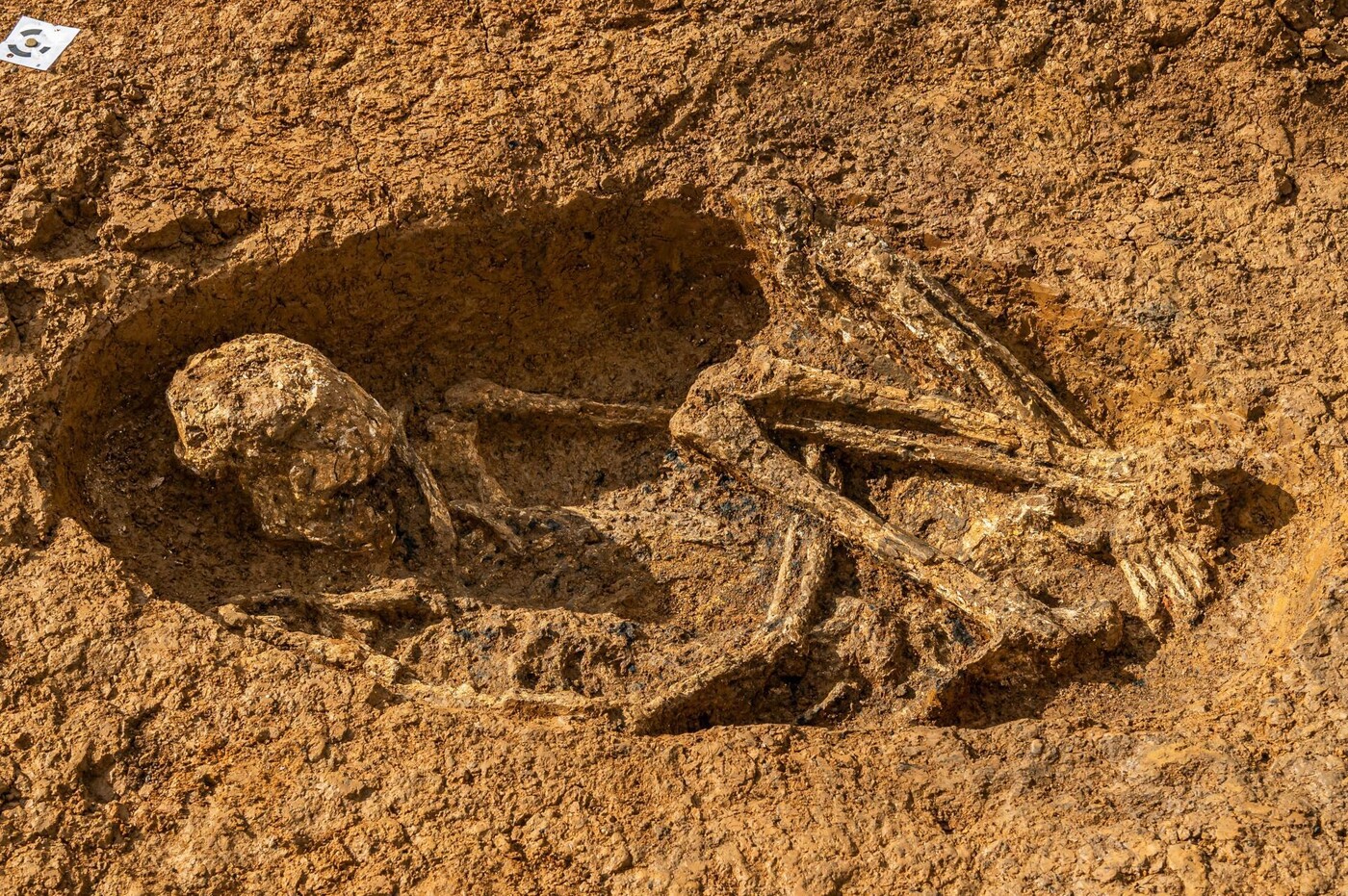 A pre-Columbian settlement site, estimated between the XIe and the XIIIe century, as well as 113 burials from the same period, were unearthed during preventive excavations carried out in the Abymes, between October 2020 and March 2021, announced Tuesday, April 27, the National Institute for Preventive Archaeological Research (Inrap). Remains of the colonial period were also found on this occasion.

→ ANALYSIS. In Guadeloupe, a heritage yet to be saved

This discovery is of an unprecedented scale in the archipelago, by the number of graves, which were only about fifty centimeters below the current ground surface, according to Inrap. “The pre-Columbian sites excavated so far have yielded a few burials, hopefully dozens. There, we have the possibility of observing a large amount of information on the same place, the same type and probably the same period of occupation ”, explained to AFP Nathalie Serrand, archaeologist and research manager at Inrap, who is part of the team of six archaeo-anthropologists who participated in these operations.

These bones constitute a “Diversified panel” with men and women of all ages. They are characteristic of the graves of the pre-Columbian period, in small pits and with very bent bodies, whose lower limbs were brought back towards the thorax.

A discovery as part of a construction

Their study should make it possible to learn more about the organization of this place of life and its inhabitants. Pole structures and waste from food consumption and daily life were also discovered on site. “We will have to understand how the space of the living and that of the dead were articulated. It is a very large area of ​​7,000 m2 which represents perhaps a third or a quarter of the village. We will be able to draw a lot of information from it, because it is a file of 300 years on a population called “troumassoid” ”, welcomed Nathalie Serrand.

→ READ. The memory of slavery in Guadeloupe

To the west of this pre-Columbian site, other vestiges dating from the XVIIIe and XIXe centuries, i.e. the colonial period, have also been unearthed, near the remains of an ancient dwelling named “Mamiel”. They will also be the subject of archaeological studies.

The excavations were carried out prior to the construction of a commercial subdivision over six hectares in the Petit-Pérou sector, while similar discoveries had already been made on the site of the future Guadeloupe University Hospital, located nearby.