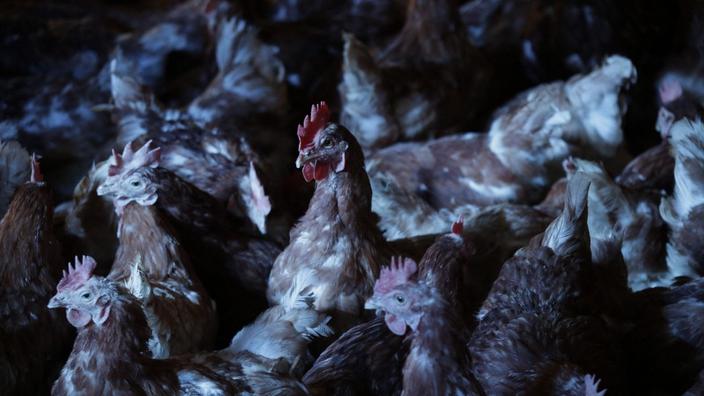 The administrative court considers that the project leader has not provided sufficient impact studies on the ammonia fallout linked to this giant henhouse.

The administrative court of Rennes seized by several associations including the Confédération Paysanne et Eau et Rivières de Bretagne, annulled the prefectural decree which authorized a giant henhouse project in Langoëlan (Morbihan). In this decree of November 29, 2019, the prefect of Morbihan issued “environmental authorization for the benefit of the EARL of Kermaria for the operation of a poultry farm of 120,000 units on the territory of the municipality of Langoëlan“.

The administrative court examined an appeal from environmental associations during a hearing on November 25. These particularly denounced the inadequacies in the environmental impact studies of the project. In its conclusions of annulment, the administrative court notes in particular that the promoter of the project “made no mention (…) of the nature and extent of ammoniacal nitrogen fallout specific to its project and their possible effects on the environment“.

The impact study does not mention “the possible effects of ammonia fallout” whereas “houses are located less than 400 meters from the henhouses and the composting area», Underlines the court which recalls that the municipality is also located near a Natura 2000 zone.

“The inaccuracies, omissions and insufficiencies of the impact study of the Kermaria EARL had the effect of harming the complete information of the population. And, in any event, these were such as to exert an influence on the meaning of the decision of the administrative authority.», Concludes the court.

EARL Kermaria had submitted an environmental authorization request in October 2018 for this project which provides for the creation of two henhouses of 2,200 square meters each, a hangar, a composting unit and a borehole for the water supply to the farm.

Opposed to the project, the Collective against factory farms maintains that it is a “integrated breeding», Where the chicks and feed as well as technical support are provided by Sanders (Avril group) who takes delivery of the chickens after 45 days. The breeders carry the investment and are paid as providers, according to the collective. On November 20, around 200 people gathered in Langoëlan, a town of 400 inhabitants, to denounce this giant henhouse project “never seen in France», According to this collective.