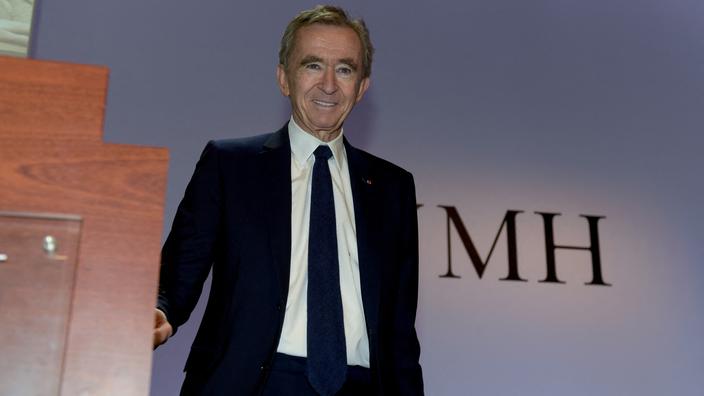 The CEO of the world number one in luxury LVMH (Louis Vuitton, Dior …), the French Bernard Arnault, briefly took the lead of the Forbes ranking of the world’s largest fortunes on Monday, before returning behind the American Jeff Bezos at the opening of the New York Stock Exchange.

Read also :After the agreement with Bernard Arnault and Vincent Bolloré, Arnaud Lagardère explains himself

For a few hours, between the opening of the meeting in Paris at 7:30 GMT and that of New York at 13:30 GMT, Bernard Arnault dethroned the founder of Amazon by rising to the first place of this ranking which is updated in real time based on stock market prices.

Around 2:15 p.m. GMT, Bernard Arnault’s fortune was valued at $ 186.5 billion, behind that of Mr. Bezos (187.7 billion) but ahead of that of Elon Musk, the boss of Tesla and SpaceX (147.6 billion) and Bill Gates (125.9 billion), the founder of Microsoft. Bloomberg’s real-time ranking, which uses a different methodology, showed the same order on Monday between the four men. France has 40 billionaires in the Forbes ranking, including Stéphane Bancel, the boss of the American company Moderna (manufacturer of the eponymous anti-Covid vaccine), who recently joined.

Read also :Covid-19: Moderna boss encourages 12-17 year olds to be vaccinated “before the end of August”

“Crises make us stronger», Declared Bernard Arnault at the end of April, commenting on the good financial results of the world number one in luxury, the largest market capitalization in Europe.

SEE ALSO – Covid-19 crisis: should the rich be taxed?