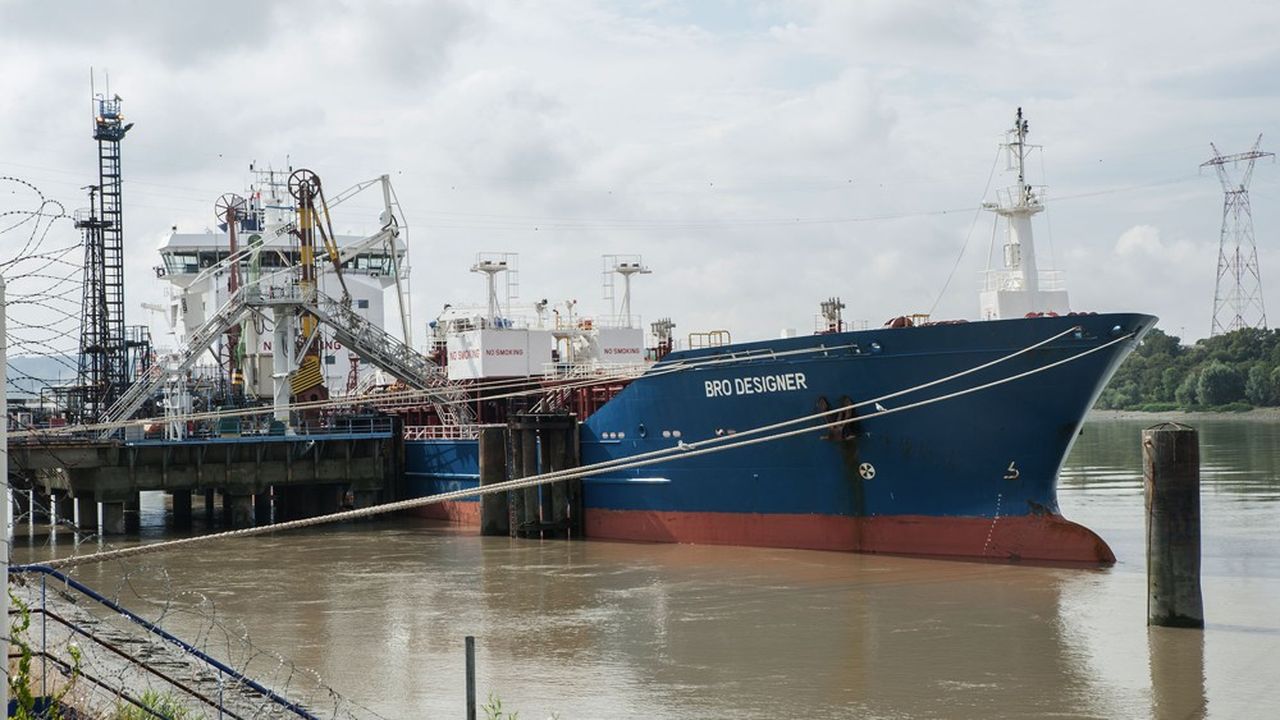 How low will France’s foreign trade deficit fall? In the first half of the year, the hole widened further, to reach the colossal amount of 71 billion euros, or 20 billion euros more than last year over the same period, according to figures published by Bercy this Friday morning.

“This figure is not very encouraging”, acknowledged in an understatement the new Minister Delegate for Foreign Trade, Olivier Becht, taking care to emphasize that France was not the only one to suffer from the lackluster global context – “Germany sees also its situation to deteriorate by 51 billion euros over the first four months of 2022 compared to the same period of 2019”, he recalled. The figures are nevertheless alarming: at the end of June, the trade deficit in goods reached nearly 122 billion euros cumulatively over twelve months according to French Customs. Unheard of, even during previous oil shocks. And by Olivier Becht’s own admission, there is no reason to hope for an improvement in the short term.

A deficit, excluding energy, of more than 6 billion per month

Disturbed by the pandemic, the situation has steadily deteriorated since the middle of last year. In 2021, the trade balance deficit thus widened to nearly 85 billion euros, with imported energy already costing more with the post-Covid recovery. Fueling soaring oil and gas prices, the war in Ukraine has compounded the loss. The appreciation of the dollar against the euro in recent months has further increased the bill. Around 60% of the recent deterioration in the trade balance is due to higher energy bills.

But France’s energy deficit does not explain everything. With the restart of industrial production, the deficit in intermediate goods – used in the manufacture of French products (steel, rubber, etc.) – has also doubled since the end of 2020 and peaks at 3 billion euros per month.

Excluding energy, the monthly deficit now exceeds 6 billion euros. Several sectors have certainly regained export levels higher than they were before the Covid crisis. What Olivier Becht did not fail to underline. This is particularly the case for agricultural products and food products, whose sales abroad increased by 24%, textiles (+26%) and pharmaceutical, chemical and cosmetic products.

But despite the recovery, the contribution of the aeronautics and space sector, the traditional strong point of French foreign trade, remains smaller than before Covid-19 and amounts to 10 billion euros during the half-year, against 15 billion in 2019 over the period. The automotive industry is also struggling, “even if for the first time in two years exports have started to rise again,” said the minister.

The poor performance of trade in goods also reflects France’s dependence on imported products, a consequence of the country’s deindustrialisation. At the end of April, the trade deficit with China thus exceeded 75 billion euros over twelve months due to lower deliveries from Airbus but also a jump of nearly 30% in imports (compared to 2019). Reflecting the strong demand for high-tech products, household goods, textiles, etc.

Small consolation, according to INSEE estimates, in the second quarter, French exports, in volume, increased by 0.8% while imports fell by 0.6%. This “decline in imports means that the increase in overall demand (external and internal) this quarter has been met by an increase in production,” notes the institute.

The economist of Asterès, Sylvain Bersinger, remains cautious: “We will have to check whether this trend is confirmed over the coming months”, he says, seeing in this decline rather “the probable effects of the sluggishness of household consumption at the beginning of the year “.

The only good news in this grim picture: this Friday, the Banque de France confirmed the good performance of trade in services. In the first half of the year, they posted a “historic” surplus of 34 billion euros, or 11 billion more than in 2021 at the same time. Foreign tourists are back in France, which boosted economic activity in the spring. The French shipping company CMA-CGM continues to be carried by very favorable winds.

Finally, the balance of financial services shows a profit of 4.4 billion, with an additional reason for satisfaction: “despite Brexit, trade with the United Kingdom has again become surplus”, welcomed Olivier Becht. The current account which had shown a surplus of 9 billion last year nevertheless fell back into the red during the first six months of the year with a deficit of 10 billion.