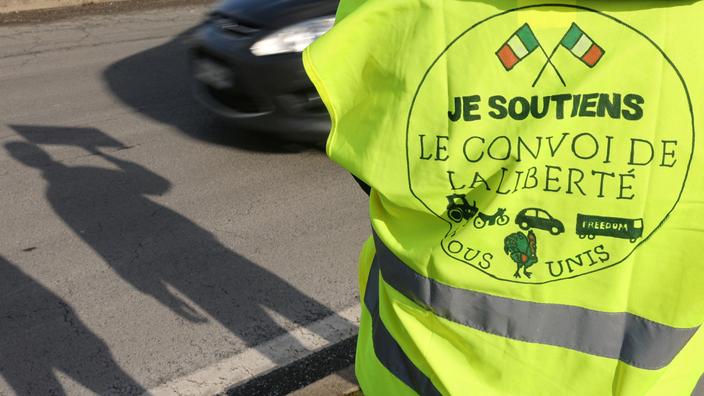 Simple to use and free, the encrypted application is presented as a modern version of the walkie-talkie and allows many people to exchange live, in particular via voice messages.

While thousands of people from all over France flocked to the capital this morning to protest against the vaccine pass and the rise in prices, the demonstrators are using the Zello application to communicate.

Like the Canadian and American truckers, whose movement “freedom convoywas inspired, the French demonstrators in turn use the American application to organize the logistics of this Saturday’s rally. “ All in the fields “, could we hear there at the end of the morning.

Simple to use and free, the encrypted application is presented as a modern version of the walkie-talkie and allows many people to exchange live, in particular via voice messages. It also allows you to send text and images. To exchange, it is necessary to connect to thematic channels, in particular those which relate to the “Convoys of freedom” and each one can then speak a few seconds.

But the protesters are also using Facebook and have even created telegram accounts by department to organize themselves.

Read alsoThe “freedom convoy” does not excite the political class

Launched in 2011 in Austin, Texas, Zello claims to send 8 billion voice messages per month and is used in particular during social or political crises. It had been massively used in Turkey during the major demonstrations of 2013 but also in Venezuela the following year during the protest movement against Nicolas Maduro, so much so that the government had imposed on operators to block it.