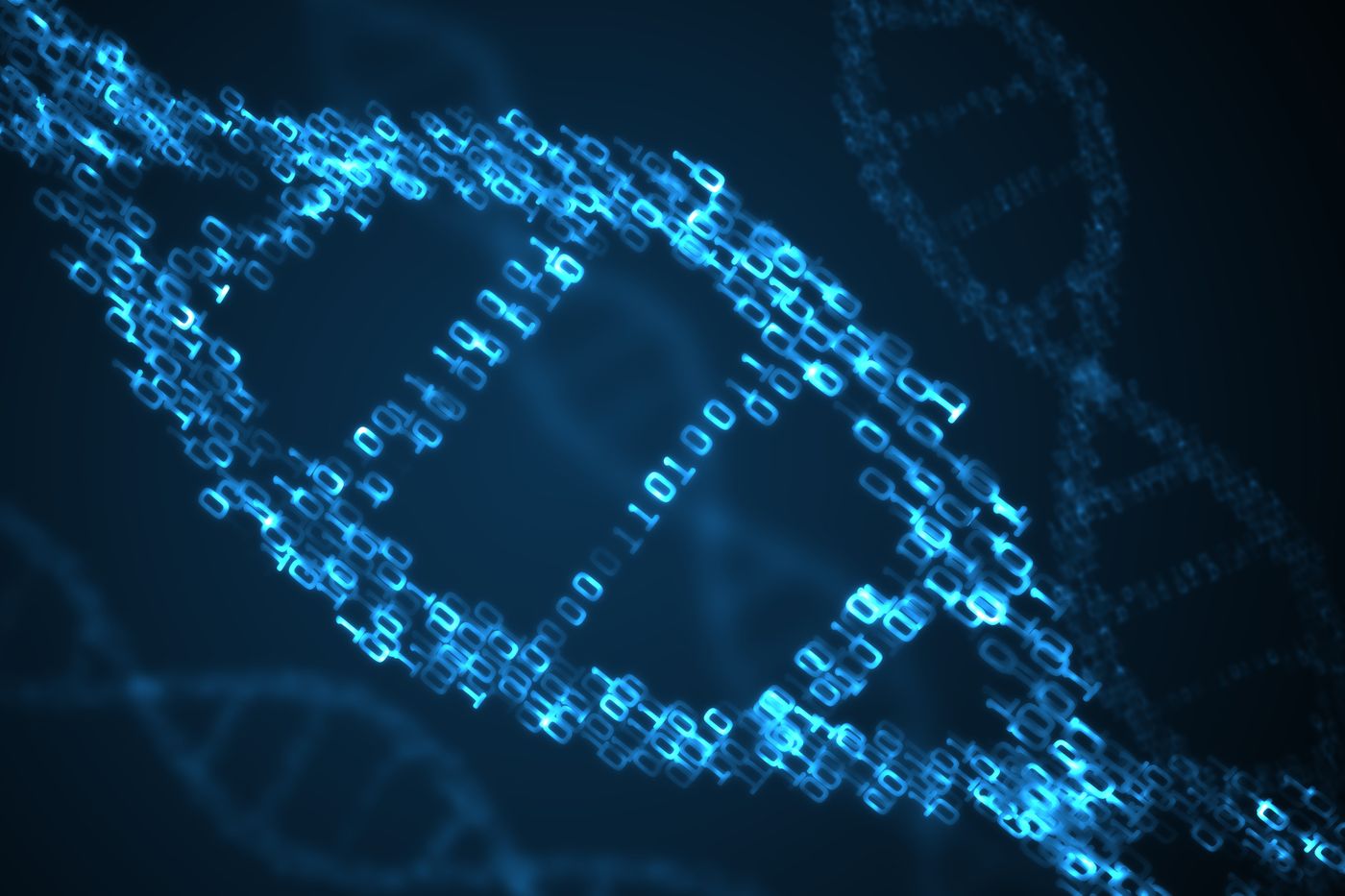 ► What is DNA data storage?

DNA is already the carrier of information, genetic information. As early as the 1960s, researchers therefore suggested using it to store information, but digital this time. In recent years, the idea has come to fruition. Let’s be clear: it’s not about modifying the living, nor about creating hybrid half-digital half-living creatures. The DNA is only a support here, like the page of a book.

The first step is to transform digital data, binary sequences of 0 and 1, into data based on sequences of four letters (A, T, C, G) which correspond to the nucleic bases of DNA. Very schematically, if the letter “l” is encoded “01101100” in binary, it suffices to decide that each 0 corresponds to the nucleic base A or T and each 1 to C or G. What to synthesize an artificial strand of DNA which will take the form “ACTGGCAT”.

→ EXPLANATION. Storing DNA documents, why and how?

This strand can then be stored in steel tubes for several centuries. “Provided that it is not in contact with oxygen, water or light, DNA is very stabledescribes Marc Antonini, director of research at the CNRS and coordinator of the program on the subject. It is a very compact material, and a capsule could store millions of times more information than a computer server. » To recover the information, the reading takes the opposite path, as one would decode an old text. Except that here we use state-of-the-art DNA sequencing tools.

► What can DNA storage be used for?

If we reflect on the astronomical amount of data that humanity produces every day, DNA with its very small size and high density appears to be a medium of choice for storing information. In an October 2020 report, the Academy of Technologies estimated that data centers represent the equivalent of 25,000 football fields worldwide. Structures that are ever larger and ever more energy-intensive, where a few cupboards with steel capsules would suffice.

In France, the INA and the BnF have shown interest in participating in the experiment, and will open their funds to laboratories for copies in DNA format. In November 2021, the national archives had already welcomed two capsules in their collections, the Declaration of the Rights of Man and of the Citizen of 1789 and its female equivalent, written by Olympe de Gouges in 1791.

► Why launch such a research program?

By putting 20 million on the table with its research program, France hopes to become a leader on the subject, while contributing to perfecting this technology. Starting with the speed of the operation. “DNA synthesis is very slow, it takes 100 seconds to write one bit of data, whereas digitally it takes a fraction of a second”, explains Marc Antonini. This synthesis is also very polluting. The French project aims to green the system and develop alternatives.

It is also a question of improving the sequencing and the reading of information. “DNA storage will rather be reserved for cold data that will not be constantly modifiedrecalls the manager. But if a strand of DNA contains the equivalent of several years of archives, it will be necessary to be able to quickly determine the piece which interests us without decoding everything. » Finally, progress must be made on the encoding-decoding system to transform binary digital information into quaternary information, on the four bases of DNA.

Considerable but unavoidable challenges, according to the manager: “It is a question of sovereignty”he warns, because if indeed this technology becomes key to archiving data, “We shouldn’t end up using American solutions”. The precedent of the “cloud”, dematerialized computing dominated by the American giants, served as a lesson.