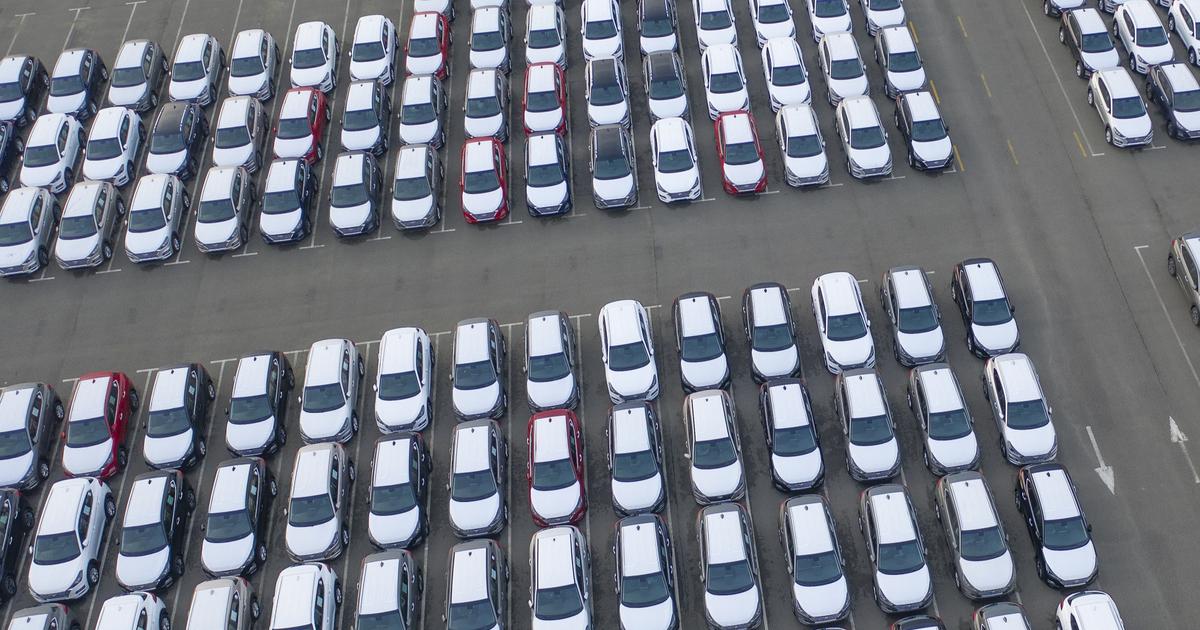 The sector is suffering from the shortage of semi-conductors and the economic context deteriorated by the war in Ukraine.

Sales of new cars in France fell to a historic low for March with 147,079 registrations and without taking into account the special case of 2020, according to figures published Friday by car manufacturers.

Hampered by shortages of electronic chips, and in an economic context slowed by the war in Ukraine, sales fell by 19.5% compared to March 2021, the Automotive Platform said in a press release. According to these statistics, which date back to 1980, only March 2020 – with the dealerships closed due to the pandemic – had fewer sales. However, the month of March is one of the highlights of the year for car dealerships, with many open days.

“The crisis of electronic components is still there, and the crisis of all economic sectors is added to it“, explained François Roudier of the PFA, which represents the manufacturers. Stellantis is down 29.62% over one year, Renault-Dacia by 15.11%, the Volkswagen group by 16.38%. “A few brands like Kia, Hyundai and Tesla manage to post solid growth, including compared to 2019“said Marie-Laure Nivot, Market Intelligence Manager at AAA Data. “The list of sales to individuals, with the Dacia Sandero and the Tesla Model 3 on the podium, also illustrates the polarization of the market between models that respond to a problem of purchasing power and those that rely on technological content at low prices. much higher“, she added.

SEE ALSO – Presidential 2022: Jadot wants to ban “the sale of new vehicles with fossil fuel” in 2030

A decline in hybrid vehicles

Electric cars now reach a 13% market share, almost as much as diesel, which has fallen to an all-time low of 14% in sales. But the main surprise comes from the decline of the hybrid (-9%), the first since the containment of spring 2020, underlines AAA Data. In detail, plug-in hybrids and micro-hybrids are down, while traditional (non-plug-in) hybrids maintain a positive trajectory. Alternative fuel vehicles (LPG, bioethanol) jumped by 152% but still represent only 6% of registrations, mainly at Dacia (LPG) and Ford (bioethanol).

Companies have also slowed down their purchases, in a utility market which has held up well until now: with 34,055 registrations, this market is down 28.60% in March. While it had recorded a sales record for the year 2021, the second-hand market is also down (-14.3% in March with 506,222 transactions) for the fourth consecutive month. Sales of new motorcycles,which until then escaped the gloom“, also begin “to show signs of shortness of breath“, at +3.7%, underlines AAA Data.