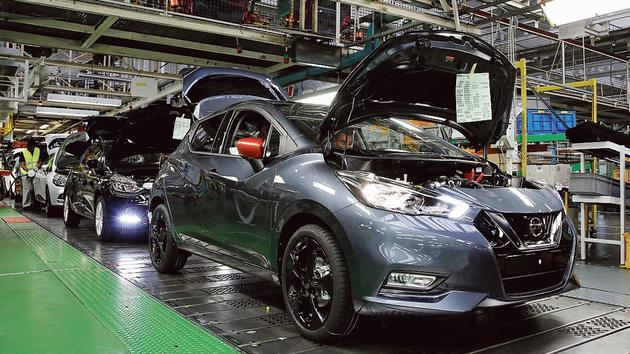 “Renault Group cannot commit to the Alty-Sifa takeover project,” said the group, which nevertheless decided to support the takeover project of another foundry in difficulty.

The 350 employees of Sam were suspended from the decision of Renault, the only customer of the automobile foundry located in Decazeville, in Aveyron. It is ultimately no.

Taken over in 2017 by the Chinese Jinjiang, the company had been placed in compulsory liquidation with an extension of activity until December 10. “Renault Group cannot commit to the Alty-Sifa takeover project”, the builder informed Tuesday evening. It was the only project in the running. “Once again, as was observed in July 2021, this offer does not present the conditions of sustainability and security necessary for the company and its employees, considers the builder. There are strong doubts about the financial soundness, despite the external financial support envisaged, and the real investment and recovery capacities of Jinjiang SAM by Alty-Sifa. ” The builder pointed “The structural lack of competitiveness” of the site despite “Significant direct financial support to the company with 42 million euros invested over five years”.

The former CEO of SAM, Patrick Bellity, had repeated his interest in a takeover by his group Alty. The Occitanie region pledged to grant a grant of 900,000 euros and a loan of 2.4 million euros. And the State to provide 1 million euros of subsidy and 4.5 million euros of loan to support “A viable offer”. The Rhombus goes “Continue the dialogue with employees” of SAM, in order to offer them employment solutions within Renault, although they are not part of the group.

On the other hand, the manufacturer has decided to support the project to take over another foundry in difficulty, Alvance Aluminum Wheels, by the Saint-Jean Industries group. 280 employees work there in Diors, in the Indre. The group undertakes to consult the company “For the development and production of aluminum wheels”, which will allow it to reach a production volume “Up to 500,000 wheels annually for the benefit of Renault”.