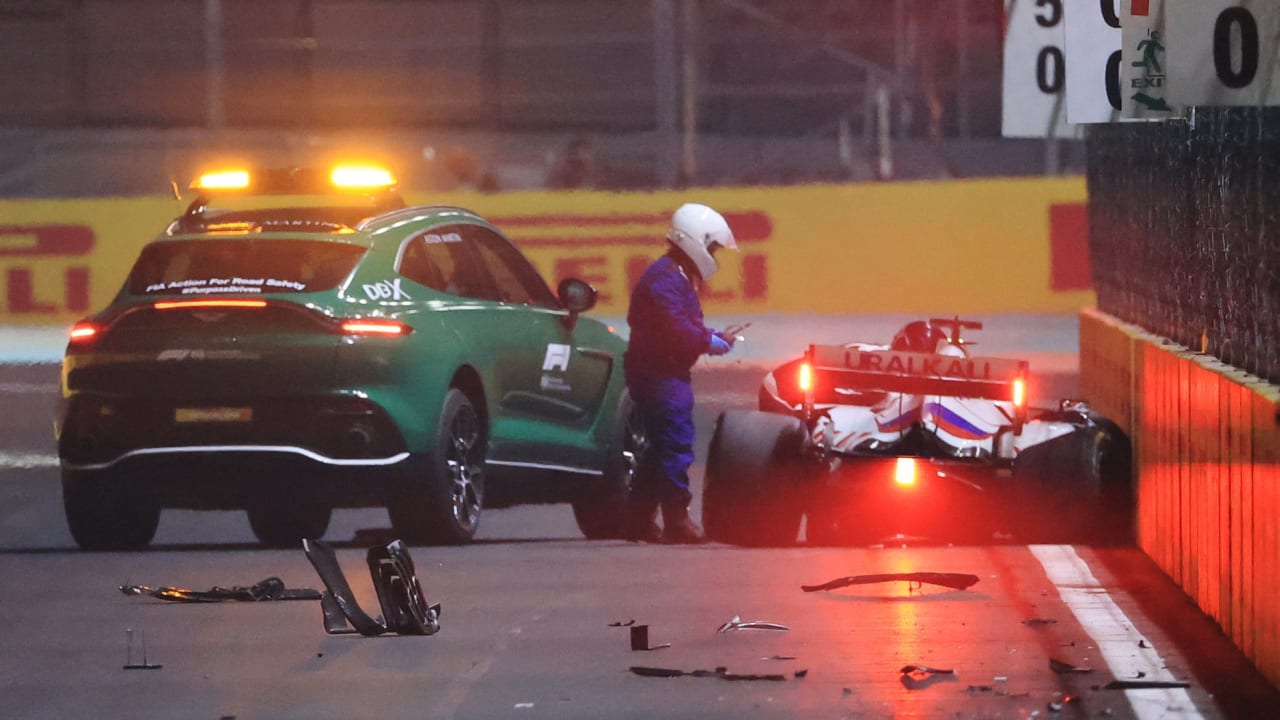 Mick’s first Formula 1 season was a blast – at least when it came to his car.

In the drivers’ standings, Mick Schumacher (22) only finished 19th in the 2021 season – perfectly fine for the opportunities he had this year. His Haas was not developed further in 2021, was completely inferior to the field. He easily left his team mate Nikita Mazepin (22) behind.

But Mick still secured a title in 2021 – the Bruchpilot of the year!

According to the portal “f1maximaal” and the blogger “basspro24chevy”, Mick caused the greatest damage to his car in the entire Formula 1 field in the 2021 season. The portals come to 4.2 million or 4.4 million euros for broken parts on his Haas.

The pages break down the accidents on all race weekends of the year and estimate fixed sums for each damaged part: a front wing, for example, costs around 150,000 euros, an underbody the equivalent of 67,000 euros. And so the crashes lap and lap each other.

The most expensive racing weekends for Mick: Monaco, Hungary and Saudi Arabia.

Mick broke the following parts this year: eight front wings, three bargeboards, four front suspensions, eight wheels, three side boxes, five rear suspensions, two rear wings, four underbody, three gears and nine brakes. Sounds official. But in his first year in Formula 1 with a car that is comparatively difficult to drive, it is absolutely understandable and does not speak for the German’s lack of driving skills. On the contrary: Mick drove a strong rookie season for his opportunity. Unfortunately, the car was simply completely inferior.

Sebastian Vettel (34) takes Mick in the Swiss “view“In Schutz:” In the first year you still have to learn a lot. And when you are no longer allowed to do this process, it becomes difficult. I wish him a better car in 2022 that lives up to his talent. “

Vettel, the second German driver in the field, with whom Mick often exchanges ideas and chats in the paddock, says about the season balance of his protégé: “He held up well in the worst car in the field. And he also mastered his main task of leaving team-mate Mazepin behind him with ease. “

Mazepin is also a crash pilot. He is notorious for his dangerous driving style. There is even a website that counts its spinners on the line. But he often leaves the car intact: “only” 2.5 million euros in damage.

The crashes of Mick and colleague Mazepin even brought Haas into a need for parts shortly before the end of the season. Team boss Günther Steiner (56) in Jeddah: “We use everything we have left. If we crash in practice before the last race, it’ll be tight. “

Everything worked out – and with a new car for 2022, Mick and Haas are even hoping for the first points …

► Sebastian Vettel (34), on the other hand, is comparatively environmentally conscious, just as he is off the track: He only caused around 745,000 euros in damage. Only Alpine drivers Fernando Alonso (40) and Esteban Ocon (25) produced less scrap.