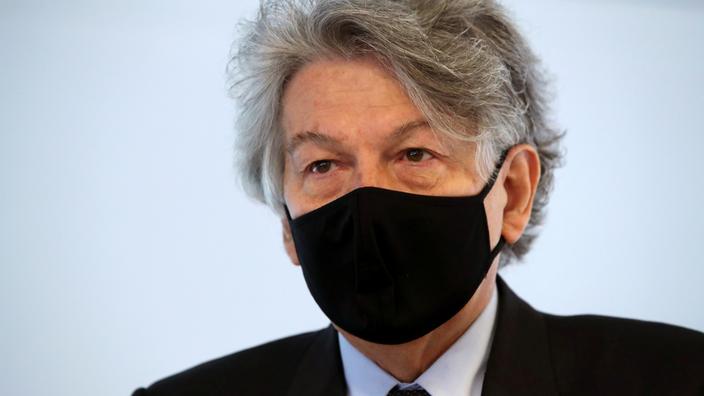 The European commissioner in charge of industrial policy announces that all Europeans who want it will be vaccinated by the end of the summer.

In the great vaccine race launched almost a year ago, is Europe in pole position? In any case, this is the conviction of Thierry Breton, the European Commissioner in charge of industrial policy who spoke on BFMTV this Monday morning. According to him, the European Union, which has reached agreements with six laboratories for its vaccine deliveries, has “won the war»Vaccination at the international level. He ensures that all Europeans who want to can be vaccinated before the end of the summer, and is working on setting up a device, which includes a vaccination certificate, to allow Europeans to travel again.

Read also :A European “vaccine passport”? What you need to know about this proposal soon to be debated in Brussels

“A vaccine factory is the most complicated thing!” immediately clarified Thierry Breton, recalling that hygiene measures should be there “Drastic”, and the perfect quality. “Usually it takes five years to produce a new vaccine, he congratulated himself. There, we will have managed to do it in ten months. ” According to him, “The objective of vaccinating by the end of the summer all those who want to be in EuropeCan be achieved without opening new factories. “To open a factory, it takes five years, so we will use the ten that already exist“, He explained, before adding that Europe had”a plan to be the first continent in terms of vaccine production over 18 months», Plan which will be detailed this Wednesday in the European Commission.

SEE ALSO – Vaccines: “We have won the scientific war, now we are entering the industrial phase”, analyzes Thierry Breton

A vaccination certificate to take the plane

Asked about the interest for Europe to order doses of the Russian vaccine, Sputnik V, Thierry Breton was wary. “It is a vaccine twice as complicated to produce (than the others), he said. And basically, we already have enough vaccines. “ Thierry Breton also provided support for the “vaccination certificate” for taking the plane, a device already being studied by certain airlines according to him. “To get on a plane, you could ask the traveler to present a certificate showing that he is immune, or have him do a rapid test (antigen or saliva)”, he explained.

Read also :Is it possible to cancel Covid debt without harming creditors?

Finally, about the “covid debt“, Thierry Breton recalled that by definition, this could not be”perpetual»And that it should be repaid, but with very long maturities, around thirty years. He specified that new resources will make it possible to finance reimbursements, in particular taxes on digital, including “a significant part will be mobilizedFor covid debt. It will be the same for the “carbon tax at borders», Which will make it possible to tax imported products that do not meet European standards.