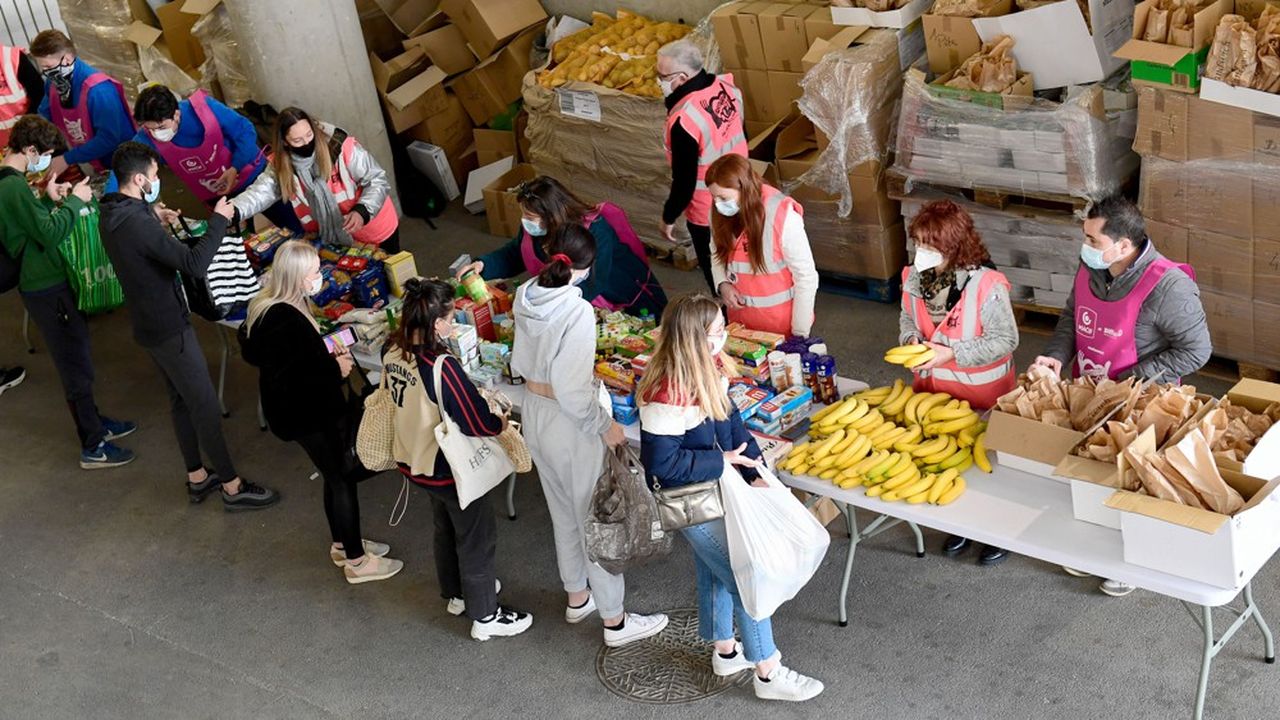 Although accustomed to crises, food aid associations are worried about an increase in needs against a background of inflation. “Food banks have seen an increase in the number of people using food aid since the beginning of the year,” warns Laurence Champier, the federal director of the French Federation of Food Banks.

The organization, which at the end of this week is carrying out a national collection of donations, saw the number of its beneficiaries increase by 9% in the first half compared to the end of last year. At the end of this year, it estimates that it will have supported “between 10 and 12%” more people than in 2021, the year when it had already supported 2.2 million people.

“There is an increase in food prices and energy costs. This puts people in a precarious situation who were perhaps at the limit [NDLR : en termes de budget] “, continues Laurence Champier. “There are more people and people are also coming more. »

His alert echoes that launched in recent days by the association “Les Restos du Coeur”. “We have seen a 12% increase in people registered and welcomed since last April,” said his boss, Patrice Douret in “Le Parisien”. And this one to evoke “a situation that we have never known”.

The associations themselves have to deal with an increase in the cost of their purchases. Faced with this worrying situation, the government announced in early November the creation of a “sustainable food aid fund” of 60 million euros in 2023. On Tuesday, it said it would release an envelope of 10 million euros for student food aid. Aid representing “the equivalent of at least 300,000 food parcels allowing a student to eat for a week”, assures the executive.

“The poorest of the poor”

According to INSEE, between 2 and 4 million people used food aid in 2021. The profiles of the beneficiaries vary according to the type of aid provided. A little more than 70% of the people helped turned to the distribution of parcels and 30% to social groceries ensuring very low prices. Still according to INSEE, 70% of the beneficiaries of social parcels and groceries are women, nearly 40% of whom raise one or more children alone.

Most food aid recipients live in ordinary accommodation (86%) and receive other forms of assistance, including social benefits. The beneficiaries are often “the poorest of the poor”, summarizes INSEE, with a standard of living of 637 euros per month on average, for those living in their homes or with relatives.

The institute also points out that almost half of the people who have recourse to food aid are immigrants.