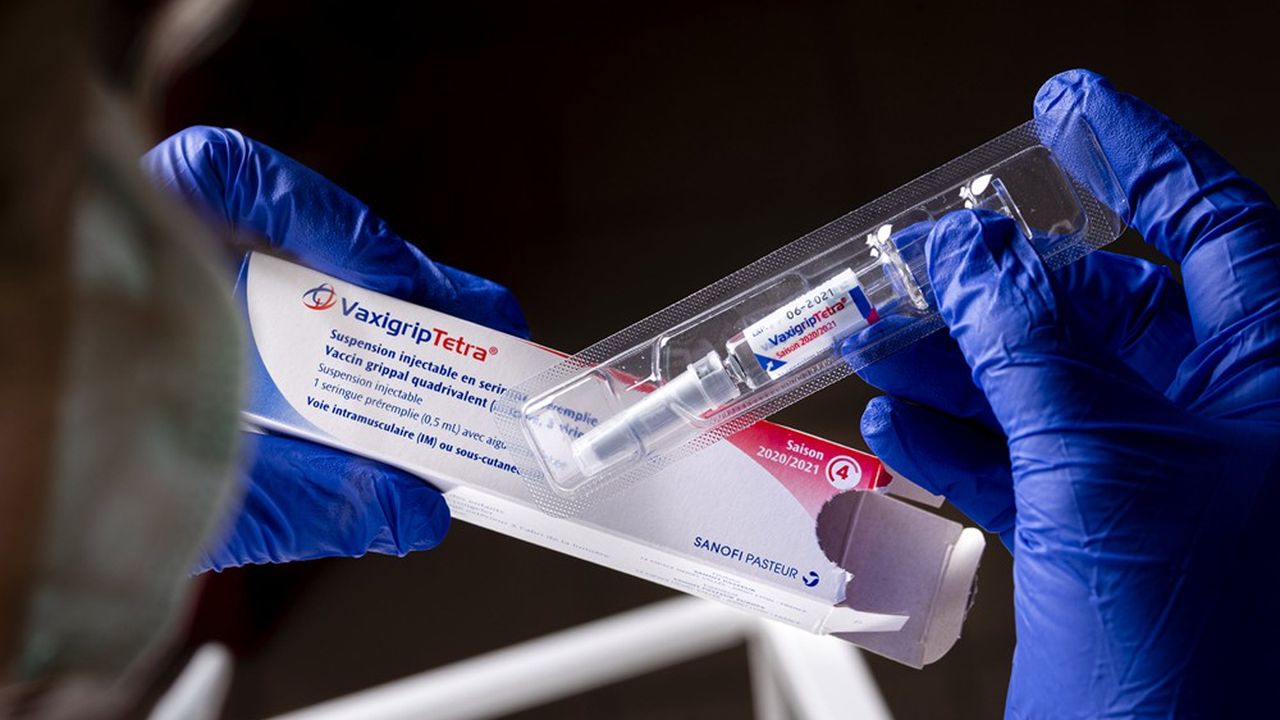 Will there be flu at Christmas? Very smart who could say it. The attenuation of the Covid in developed countries and the resulting relaxation of barrier gestures, the resumption of international trade and a probable weakening of immunity against influenza after a winter of 2020-2021 without an epidemic (only 29 cases were identified against 57,000 the previous winter) argue for a return of the disease this year. But its scale will also depend largely on the vaccination, the campaign of which will begin in France on October 26.

In France, the main innovation will be the introduction of a new product from Sanofi, Efluelda, alongside Vaxigrip Tetra and Influvac Tetra from Mylan. Efluelda, which contains four times more antigens than the other two vaccines, was authorized in September 2020 by the European Medicines Agency to immunize people over 60, whose immune systems weakened by age need to be more strongly stimulated to cope with the disease.

In France, where the vaccination strategy provides for the coverage of influenza vaccination only from the age of 65, it is this population of just over 13 million people who receives a voucher to collect their vaccine free of charge. the pharmacy – vaccine which could equally well be Efluelda, Vaxigrip Tetra or Influvac Tetra. Because the new vaccine from Sanofi does not benefit from any particular recommendation unlike Germany, where it was decided to benefit from it all over 60 years, reserving less dosed vaccines for younger populations.

For the High Authority for Health (HAS) “Efluelda is a new means of preventing seasonal influenza in people aged 65 and over, in the same way as the other standard-dose quadrivalent vaccines available”.

While it is unanimously recognized that senior citizens are poorly protected by existing influenza vaccines, how can France’s lack of enthusiasm be explained? Overall because the HAS considers that the price of Efluelda is too high for the benefit, both medical and economic. The latter is indeed offered at a price of 30 euros against a little over 10 euros for the Vaxigrip Tetra or 11 euros for the Influvac Tetra from Mylan.

However, first reservation, the main data in terms of protection compare the trivalent version of Efluelda, marketed in the United States under the name Fluzone High dose, with conventional trivalent vaccines. We are therefore forced to extrapolate from these data what the efficacy differential is for current quadrivalent vaccines.

And this efficacy differential is considered small, “with a modest relative reduction in the incidence of influenza cases. […] 24.2% and to a lesser extent hospitalizations for influenza or respiratory or cardiovascular diseases (8% to 27%) and without any demonstrated impact on either mortality or functional decline ”.

On the economic front, the French health authorities find the note salty. Immunizing everyone over 65 with Efluelda would increase the budgetary impact (not revealed) by 49.6% and expenditure on vaccine purchases (amount not revealed) by 197%. “The very low impact on health outcomes and the organization of care does not justify such an increase in vaccine acquisition costs, which implies the need for a sharp reduction in the price”, concludes the economic opinion. of the HAS.

For the Efluelda to be efficient, that is to say with a correct cost-effectiveness ratio, its price would have to be reduced by 50%, or at least 20% to reduce the additional budgetary cost by a third. Unless you reduce the target population to over 75 years for whom the advantage of the Efluelda is more marked, which would also reduce the budgetary impact to only 37% increase.