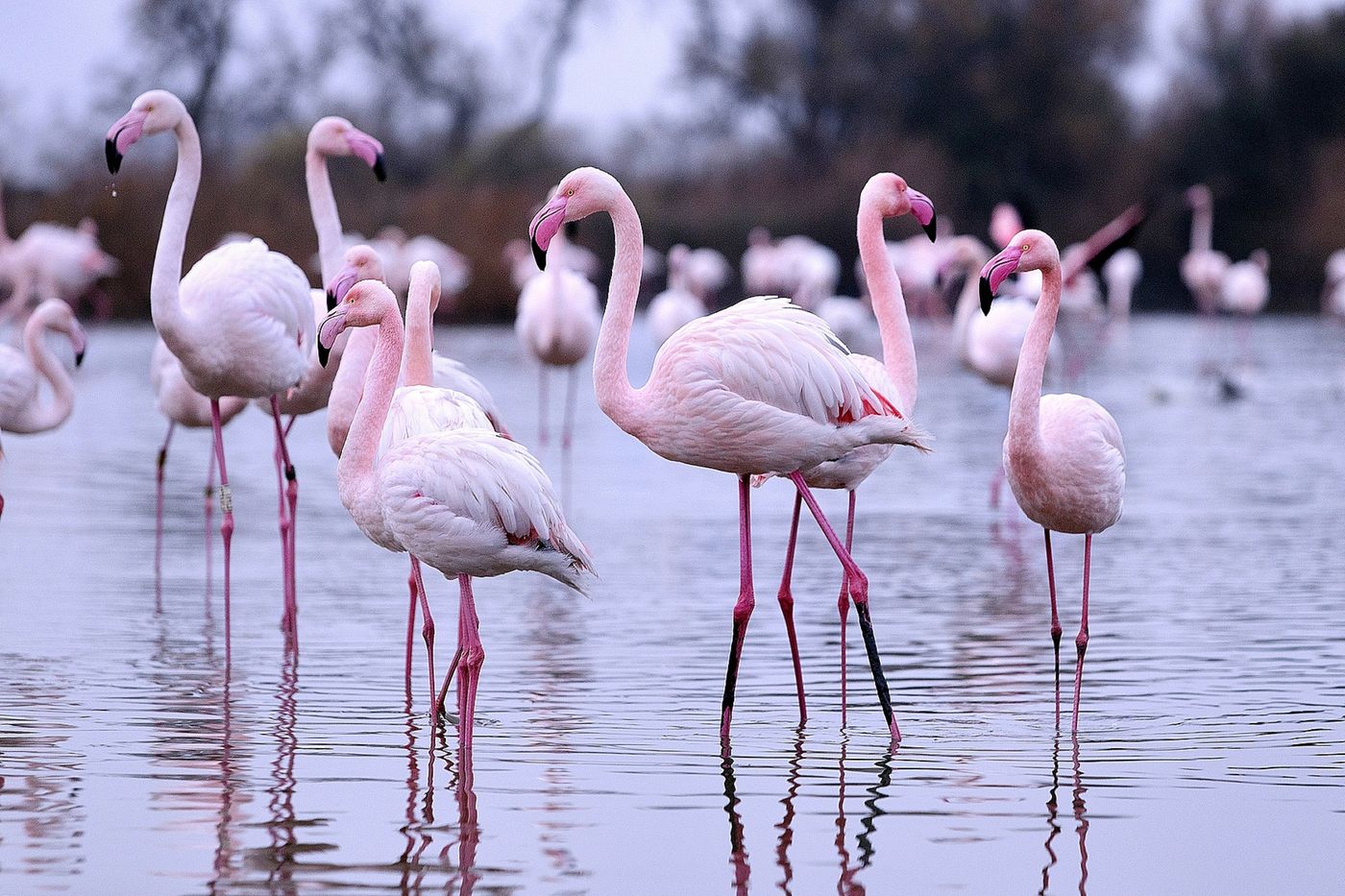 The beautiful postcard from Camargue showing the beauty of a flight of pink flamingos at sunset is marred. The Research Institute for the Conservation of Mediterranean Wetlands, the Tour du Valat reveals, in a study published in December 2020 in the journal Science of the Total Environment, that the microbiome of flamingos is affected by lead.

→ REPORT. The delicate protection of seabirds

For more than forty years, this institute has been studying lead poisoning in water birds, caused by lead shot. “Even if it is not the most affected bird, we did not yet have a specific study on the flamingo, unlike the duck whose intoxication has been studied for a long time”, recalls Arnaud Béchet, researcher, head of the species department and head of the “flamingo” program at the Tour du Valat.

To carry out this study, pink flamingo chicks were taken from three Mediterranean sites, the Odiel marshes and the Fuente de Piedra lagoon in Andalusia, and the salt flats of Aigues-Mortes, in the Camargue Gardoise. “In Spain, we observe that some flamingos are poisoned mainly because of the old mining exploitation (more than 3000 years BC, editor’s note), present on the Odiel marshes. On the other hand, those who are present in the Camargue are affected because of the lead ammunition ”, Arnaud Béchet point.

By analyzing their feathers, the researchers were able to measure the bioaccumulation of ten metals, such as cadmium, chromium, copper, mercury, lead, nickel, selenium, tin and zinc. Among them, lead and selenium appear to be the most worrying. On the former mining operation of the Odiel marsh, “Lead affects the health of chicks. We found an imbalance in their gut microbiome correlated with a quantity of lead in the blood and a poorer body condition ”, details the researcher.

Unlike ducks, flamingos do not accumulate “grit” (small stones that remain in the stomach to crush food) in their crop, and therefore do not store lead. On the other hand, they swallow lead ammunition, present on the surface of the water. “When they settle in the marshes of the Camargue, the pink flamingos ingest lead balls which they confuse with the seeds of aquatic plants”, notes Arnaud Béchet. The organism is then affected.

“This intoxication degrades the faculties of orientation, the capacities of rapid mobility. But in our direct observations, we cannot quantify the chances of survival ”, he adds. Not all flamingos react the same way to lead, some being more sensitive than others. For those most affected, the symptoms result in a lower weight. In any case, the study shows that flamingos have a higher probability of death from lead poisoning.