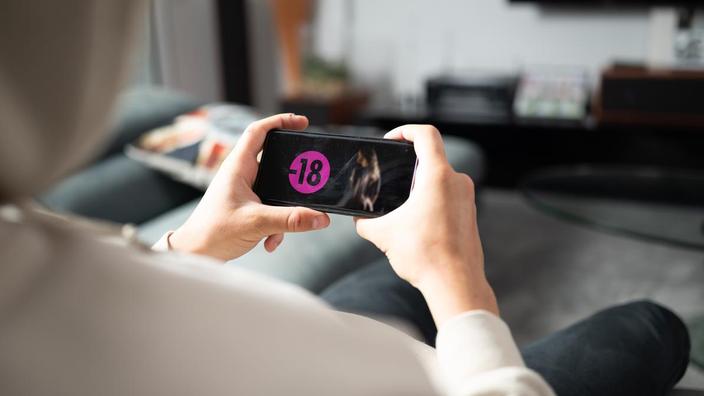 The sites put in default have 15 days to set up systems to verify that their visitors are of legal age.

According to the decisions posted on the CSA site, the sites have fifteen days to “take any measure likely to comply with the provisions of article 227-24 of the penal code“. The penal code prohibits exposing minors to pornographic photos and videos and the law on domestic violence of July 30, 2020 specifies that the companies concerned cannot exonerate themselves from their responsibilities by simply asking an Internet user if he is major.

In the event of non-compliance with this obligation within 15 days, the CSA may seize the judicial tribunal of Paris. The judge will decide whether or not to order Internet service providers to block access to the offending site throughout France.

“The regulator ensures, in accordance with the law, its mission of protecting minors. (…) With these decisions, we appeal to the responsibility of operators who must put in place the necessary measures to prevent minors from accessing their content.“The CSA told AFP.

This action by the CSA follows on from its referral at the end of November 2020 by three associations, the Observatory for parenthood and digital education (Open), the National Union of Family Associations (Unaf) and the French Council of Associations for children’s rights (Cofrade). The latter have been sounding the alarm for months in the face of the upsurge in the viewing of violent and very raw images by increasingly young minors.»READ ALSO – Children facing an alarming “pornopandemia”

No validated method to verify age

The editors of these pornographic sites, however, face a major obstacle: no alternative method to verify that the Internet user is indeed of age has for the moment been validated by the authorities.

Read alsoChecking the age of Internet users, a real headache

There remains the track of the use of a bank card. This solution is imperfect: they are accessible from 16 years old and nothing prevents a minor from stealing an adult’s bank card. In this case, the Internet user would have to carry out a zero euro transaction before being able to access the pornographic site. The CNIL has not yet issued an opinion on this hypothesis.