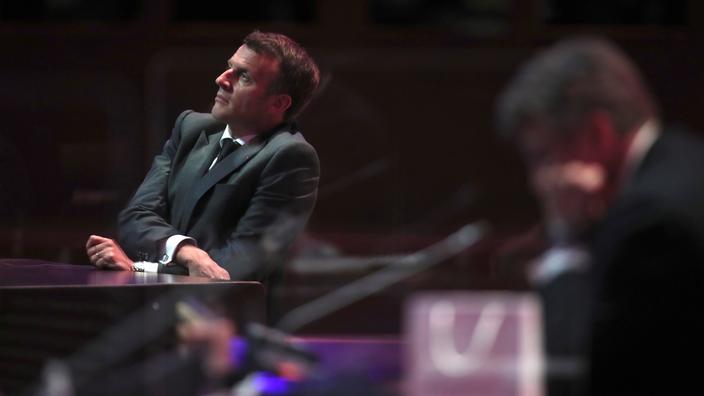 The rating agency expects the deficit to narrow within 2 years but is more pessimistic about French debt.

The rating agency Fitch Ratings on Friday maintained France’s long-term debt rating at “AA”, again with a “negative” outlook because of uncertainties about the evolution of its public debt after the shock of Covid-19.

France’s rating is the third best on the Fitch rating scale, which has 22 steps. It corresponds to a high quality transmitter. The agency nevertheless underlines that France’s public debt remains “significantly higher than in previous years, with a risk of further increasing in the long term“. “This deterioration comes amid already high debt levels, limited progress on fiscal consolidation in recent years, and moderate economic growth“, Explains Fitch in a press release.

“The public deficit reached 9.2% of GDP in 2020, a drastic increase compared to 2019 (3.1%), but a better result than predicted by our last study, linked to a more moderate contraction of the economy. provided thatFitch notes. The agency thus “expects the public deficit to narrow over the next two years, but at a moderate pace, given the still substantial public support linked to the pandemic“. It provides “an overall deficit of 8.7% of GDP this year”, And 5.7% in 2022.

To see also – Marc Landré: “We are going to drag this debt around for a very, very long time”

Read also :The crisis has derailed the trajectory of public debt

The rating, however, remains at AA, France benefiting from a rich and diversified economy, strong institutions and a stable financial environment, underlines Fitch: “the French economy has shown signs of resistance to the shock of the coronavirus“. “Low interest rates and access to liquid capital markets, both in France and abroad as a pivotal member of the Eurozone, help mitigate the risks associated with high public debtHe continues.

In May 2020, Fitch lowered the outlook for France’s long-term debt rating from “stable” to “negative”, fearing a deterioration in public finances and the economy in the face of the health crisis. France’s rating influences the terms under which the country can borrow money on the financial markets.

On April 2, Standard and Poor’s had maintained its rating of France’s long-term debt at “AA”, as well as the “stable” outlook attached to it, confident in its ability to resume growth and restore economic growth. balance of its public finances.