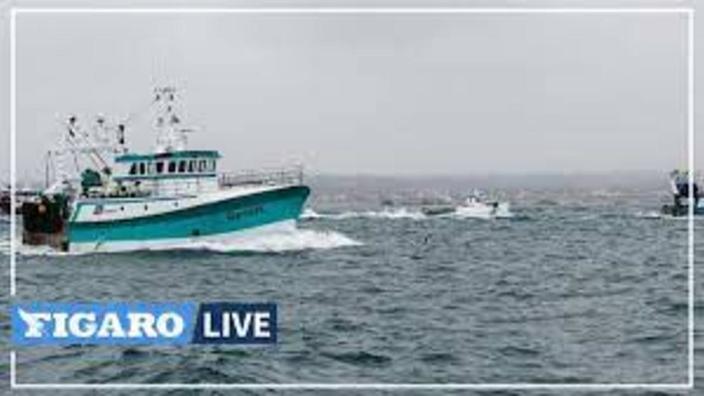 Representatives of French fishermen were received by Emmanuel Macron at the Elysee Palace this Friday to take stock of post-Brexit licenses.

The quarrel between Paris and London over post-Brexit fishing licenses escalates further. France will indeed ask the European Commission to initiate post-Brexit litigation against the United Kingdom to obtain a certain number of fishing licenses, the government announced on Friday.

“In the coming days, we will ask the European Commission to initiate a dispute, a legal procedure for the licenses to which we are entitled, which are the most priority, the most important»Declared Secretary of State for European Affairs Clément Beaune after a meeting between French fishermen, elected officials from the regions concerned and President Emmanuel Macron at the Elysee Palace. “We will ask the European Commission in the next few days to convene the Partnership Council, which is provided for by the Brexit agreement when there is a problem – it is a political body, we have never met for it. ‘moment – to tell the British that this is a European problem, that they are not 100% respecting the agreement and therefore that we must have this continuing political pressure», Explained Clément Beaune.

The meeting this Friday at midday between Emmanuel Macron and the representatives of the fishermen aimed to do “an update on the licenses obtained, on the outlook on licenses not obtained at this stage and on the implementation of the trade and cooperation agreement with the United Kingdom“, Had detailed the Elysee. The national fisheries committee and representatives of fishermen from Hauts-de-France, Normandy and Brittany were invited to attend. They were accompanied by the presidents of these three regions, Xavier Bertrand (Hauts-de-France), Hervé Morin (Normandy) and Loïg Chesnais-Girard (Brittany).

France has now obtained “93%“Post-Brexit fishing licenses that it claims, said this Friday Clément Beaune, repeating a figure already given Monday on the CNews plateau. The Minister of the Sea Annick Girardin clarified that “73 licenses still pending“, Promising that France would continue to discuss with London and the authorities of the Channel Islands”to try to snatch“Permissions,”license by license“. Clément Beaune had mentioned to him the figure of “60Monday on CNews.

Noting that some fishermen will not have permission to work in British waters, the ministers reaffirmed that no one would be left by the wayside, now raising the issue of compensation. “The president wants us to be precise in terms of supporting fishermen (who will not have had a license), and that we do hand-stitching, case by case, basin by basin.“, Declared Annick Girardin, indicating that a”Mr. escort” would “appointed in the coming week“.

Under the agreement signed at the end of 2020 between London and Brussels, European fishermen can continue to work in British waters provided they can prove that they have previously fished there. But for more than eleven months, the French and the British have been arguing over the nature and extent of the supporting documents to be provided.

Negotiations are also continuing with London to agree by the end of December on 2022 fishing quotas in waters shared between the EU and the United Kingdom. As a precaution, the Europeans approved “an emergency mechanism renewing the 2021 quotas for three months (January-March)“.