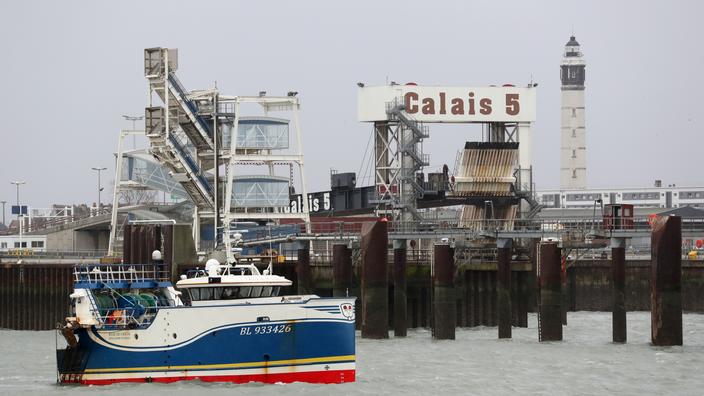 While the 27 welcome a compromise deemed “balanced”, the NGOs denounce quotas which “endanger” certain species.

The EU and the UK have agreed on fishing quotas for 2022 in their shared waters, the European Commission said on Wednesday, as a dispute over fishing licenses continues to sour relations between London and Paris.

After long weeks of bitter talks since the beginning of November, the British and Europeans agreed at the beginning of the week on the “total allowable catches»Authorized for 65 stocks, in the waters of which they jointly manage the resources in the Atlantic and the North Sea. The text provides in particular for quota exchanges. The agreement “covers all shared waters and is based on the best available scientific recommendations. This is a step forward in the application of the post-Brexit trade treaty, and it brings predictability to our fishermen», Welcomed the European Commissioner for Fisheries, Virginijus Sinkevicius.

Read alsoPost-Brexit fishing: “The government is letting our profession die out”

Worried that no compromise would be found before January 1, European fisheries ministers approved as a precaution last week “an emergency mechanism»Renewing the 2021 quotas for three months (January-March) to allow fishermen to continue their activity.

An agreement denounced by NGOs

Environmental NGOs on Wednesday denounced the agreement reached on certain stocks already threatened with overfishing, Oceana recalling that only 43% of the 2021 quotas in the EU / UK shared waters were following the recommendations to guarantee the maintenance of stocks. “Some resources, such as herring in the west of Scotland, whiting in the Irish Sea or cod in the Celtic Sea, will continue to be overexploited in 2022», Lamented Vera Coelho, of Oceana. “The quotas set endanger already vulnerable stocks like cod, often victims of accidental catches (…) As in the pre-Brexit era, priority is given to short-term commercial interests.Said Jenni Grossmann of ClientEarth.

Conversely, the Twenty-Seven welcome an agreement that they consider balanced: “The success that concludes these annual quota talks sets a very good precedent for our other negotiations.With London, observed Slovenian Minister Joze Podgorsek, whose country holds the rotating EU presidency.

Read alsoCall for reduction of fishing quotas to save eels

The French and the British have been arguing for almost a year over the extent of the supporting documents that European fishermen must provide to obtain a license giving them the right to continue working in British waters. Paris recently announced that it would ask the Commission to initiate litigation to obtain ultimate additional licenses.

At the same time, the United Kingdom and Norway announced on Tuesday that they had concluded a bilateral fisheries agreement, the first between the two nations since Brexit, providing for reciprocal access to their waters and quota exchanges. *

SEE ALSO – Fisheries: Paris will ask the European Commission to initiate a dispute against the United Kingdom (17/12/2021)