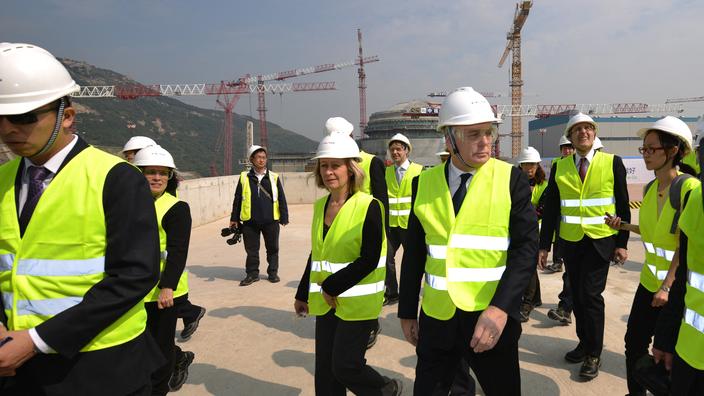 Framatome warned US authorities of an “imminent radioactive risk,” according to CNN. Framatome says it is monitoring the situation.

What’s going on at the Taishan nuclear power plant in China, a stone’s throw from Hong Kong? The American channel CNN reports that the French group Framatome has warned the American authorities of a “imminent radioactive riskAt the Chinese EPR plant on June 3, via a letter sent to the US Department of Energy. The French Ministry of the Economy confirms that it has also been warned of the situation. The French nuclear safety authority (ASN) also confirms this information.

The two Taishan reactors are for the moment the only French-designed EPRs to have entered service in the world. Other units are under construction in Finland, France and the United Kingdom.

Framatome, a subsidiary of the French group EDF and which operates at the Taishan plant, said Monday to monitor “the evolution of one of the operating parametersOf the nuclear power plant. It “is in its authorized area of ​​operation and safety», Specifies Framatome, who participated in the construction of the plant, in a statement to AFP, following a CNN article on a leak in this plant which has two EPR reactors.

SEE ALSO – Should I leave the EPR program?

The EDF press release also seems to indicate that the radioactive gases have not left the primary circuit, which is a closed one. However, the CNN article indicates that regulatory levels of radioactivity have been raised. The question is whether these are the thresholds for the inside of the primary circuit or for another level, such as the reactor core or the open air outside the plant.

Extraordinary Board of Directors

However, the French electrician implies that he does not have all the information he would like on the situation on the ground. It indicates indeed to have “Request the holding of an extraordinary board of directors of TPNJVC (the joint venture created with its Chinese partners to manage the Taishan plant, Editor’s note) so that the management presents all the data and the necessary decisions”.

“Framatome provides support for the analysis of the evolution of one of the operating parameters of the Taishan nuclear power plant“, Said the French company, without ever talking about leaks or saying which of these”settingsWas being watched. For its part, the operator of the plant, China General Nuclear Power Group (CGN), reported in a press release of environmental indicators “normal”, Without however referring directly to the information of CNN.

The American site specifies that the Chinese authorities have raised the authorized level of radioactivity around the site to avoid having to close it. The US authorities have held multiple high-level meetings on this subject since the beginning of the month.