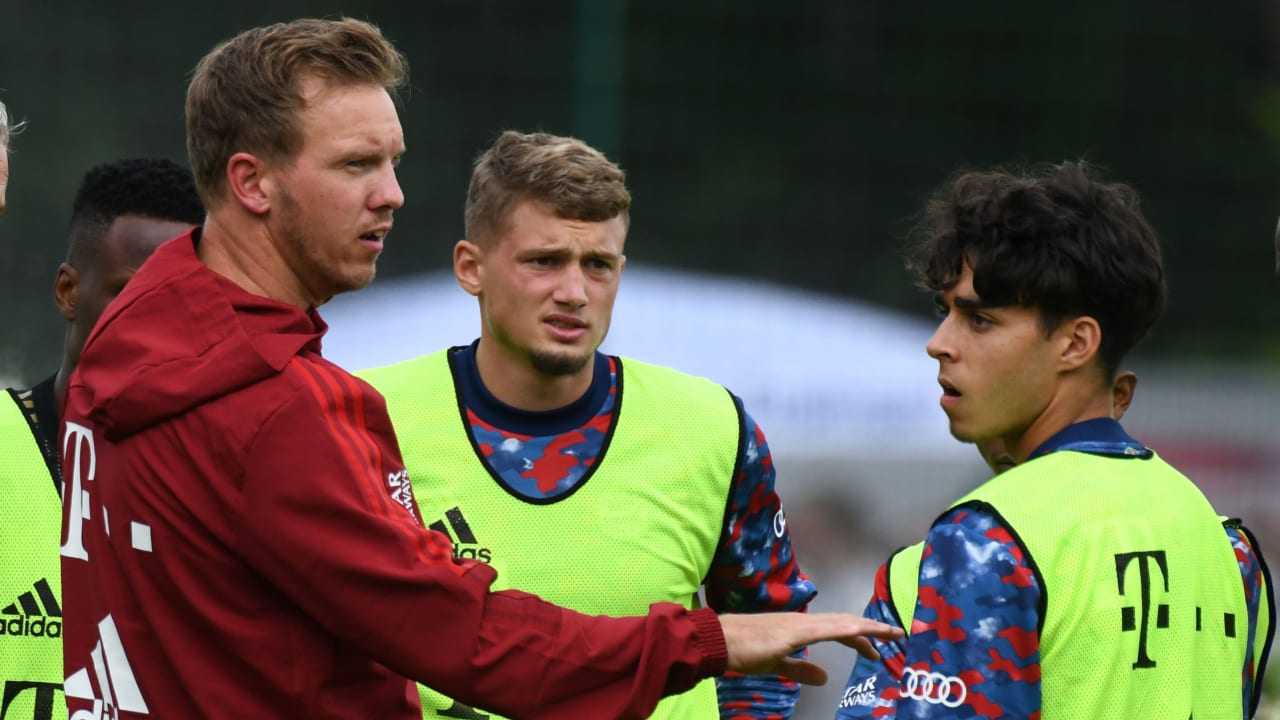 Bet you hardly know anyone at this Bayern bench on Friday?

In order to have the required 16 players on the score sheet after the Corona outbreak in the winter break at the start of the second half against Gladbach, the record champions fill their squad with no-name players. Also present: U23 captain Nicolas Feldhahn (35), Bright Arrey-Mbi (18), Taylor Booth (20), Jamie Lawrence (19), Lucas Copado (17), Paul Wanner and Arijon Ibrahimovic (both 16).

Because: Copado’s uncle is sports director Hasan Salihamidzic (45)! His wife Esther is the sister of ex-Bundesliga striker and Lucas’ father Francisco Copado (46). And who is this Ibrahimovic? The U17 national player, who was born in Nuremberg, is a striker like his namesake Zlatan (40). Ibrahimovic flew in with Wanner on Thursday from the DFB training camp from Spain.

Coach Julian Nagelsmann (34): “It was a stressful journey, but you don’t always have to put all of them in cotton wool. They are driven or flown everywhere. As a 16-year-old I had to buy a monthly ticket myself, they don’t even know that today. Both are very talented players who have been with us a lot. “

The increase in the professional squad became necessary because Bayern are missing 13 players at the start of the second half against Gladbach.

Is the game going to take place? Nagelsmann: “I’m not one to cry around, assume that we are playing.”

With Brazzo’s nephews and Ibrahimovic on the bench …