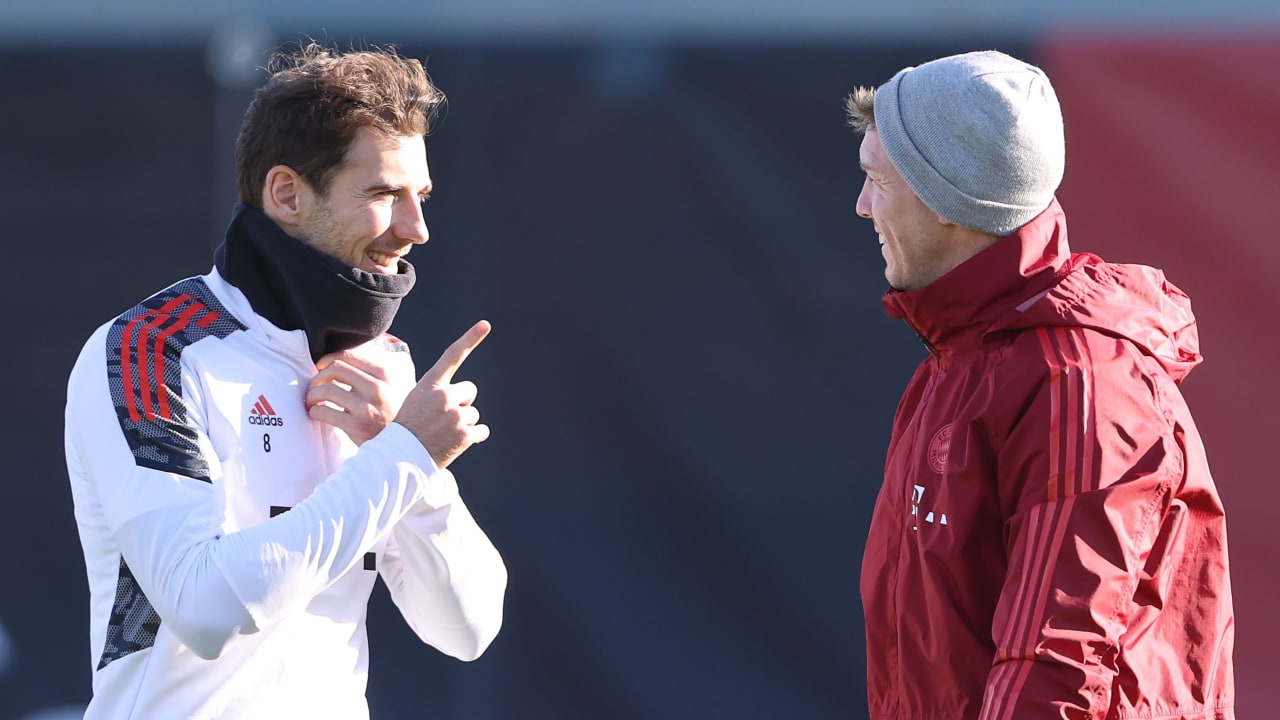 That seems Spanish to us!

Leon Goretzka (26) will be out – like on Wednesday against Barcelona (3-0) – against Mainz on Saturday (3.30 p.m. / Sky and live ticker at BILD.de). Reason: his persistent patellar tendon problems in his knee.

Julian Nagelsmann (34) announced the bad news on Friday afternoon with a casual slogan!

The Bayern coach: “Despite the break, Leon was still unable to train. He has problems with the paella tendon – no, the patellar tendon … “

His saying with the Spanish national dish: a big laugh at the press conference!

The coach goes on to explain why the international has not been part of the session since the final training session for Barça on Tuesday and Friday morning: “It is pain-related, we have to be a little careful so it doesn’t get worse.”

Nagelsmann can celebrate his 100th Bundesliga victory in a 199 game against Mainz.

Nagelsmann also had a casual joke: “I didn’t even know that. I thought I already had more. (laughs) Can you drink a schnapps there? No, at 111 first … Then maybe a mulled wine! “

Five Bayern stars are out for the ghost game in the Allianz Arena: Goretzka, Josip Stanisic (21 / torn bundle in the thigh), Marcel Sabitzer (27 / muscle tendon injury in the calf), Joshua Kimmich (26) and Eric Maxim Choupo-Moting (32 / both corona episodes).

One is back after his failure against Barcelona: Serge Gnabry (26 / adductor problems). Nagelsmann: “Serge is okay. He no longer has any problems in the adductors or in the back. “