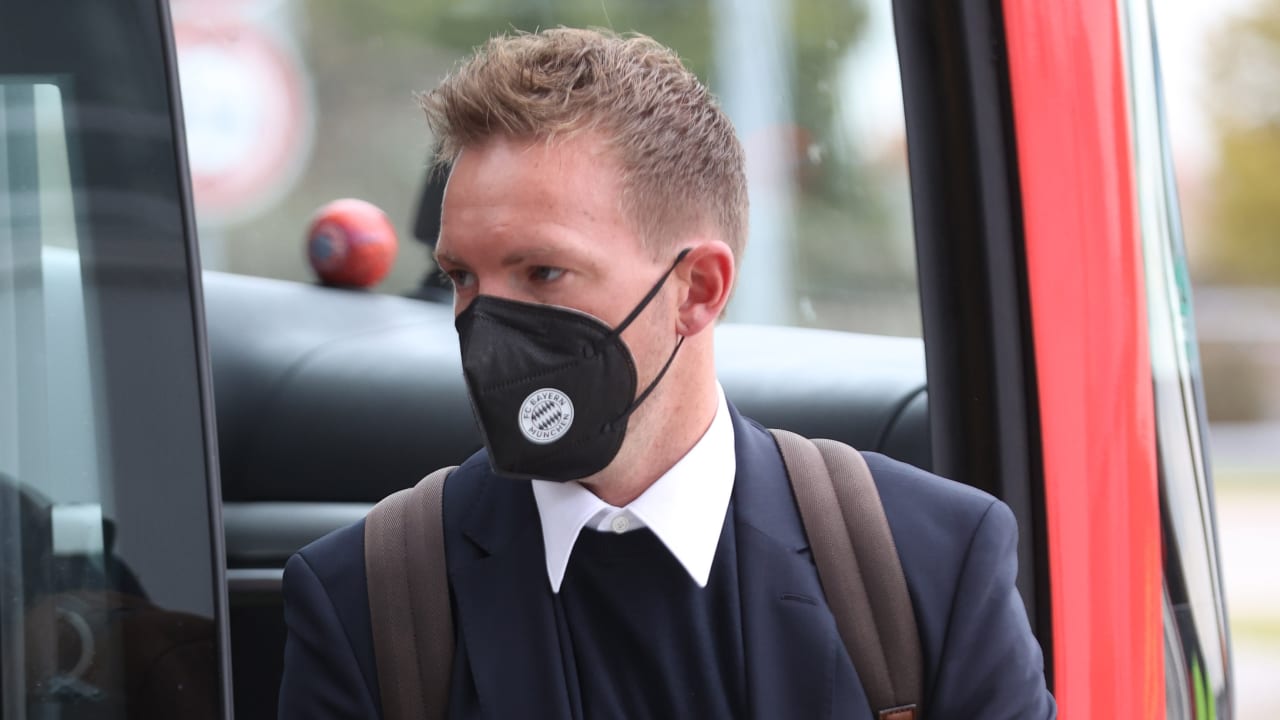 Julian Nagelsmann (34) is back in Munich!

The Bayern coach landed on Thursday at 10:34 p.m. with an ambulance at the airport. After his corona infection and the missed 4-0 at Benfica Lisbon, Nagelsmann was flown home from Portugal in isolation by the team.

The Corona coach sat in the “Air Ambulance” machine (type Bombardier Challenger 604), which drove onto the dark tarmac in Erdinger Moos shortly before the end of the landing. Then he got straight into the ambulance, which brought him into domestic isolation.

His return plane took off from Karlsruhe / Baden-Baden airport at 4 p.m. in the afternoon. After landing three hours later, it went back immediately. Start time of the Corona transport with Nagelsmann: 7:11 p.m. local time (8:11 p.m. German time). 2 hours and 23 minutes later, the ex-Leipzig trainer landed in Munich.

With the same type of machine, Thomas Müller (32) was brought back from Qatar after his Corona case in February at the Club World Cup – his arrival pictures in a white full-body protective suit looked more like a moon landing.

Corona patient Nagelsmann in the Müller plane to Munich!

On Monday (with a hat and gloves) and Tuesday (with a thick scarf) Nagelsmann was already wrapped up on the training ground. With an FFP2 mask, we went to Lisbon on Tuesday afternoon in the bus and team plane. After symptoms, he went into isolation in the “Corinthia Lisboa” team hotel. On Wednesday, the positive corona result followed in a PCR test.

His assistant coach Dino Toppmöller (40) took over the management on the sidelines in the super win on Wednesday evening. Nagelsmann had kept in touch by phone call and WhatsApp messages through analyst and assistant trainer Benjamin Glück (35) and headset assistant Xaver Zembrod (55).

On Thursday lunchtime, Nagelsmann tweeted: “Given the circumstances, I’m fine.”

According to the Bavarian Corona Regulation, the head coach must now be in quarantine for at least 14 days (up to a negative test). According to BILD information, the Bavarians are still hoping that Nagelsmann does not have to miss four games, but can test himself earlier with a negative PCR result.

In the case of Gnabry and Niklas Süle (26), tests in 2020 were false-positive. Kingsley Coman, 25, was quarantined in September 2020 after coming into contact with an infected person.

Now it hit Nagelsmann, although, according to the club, he had complete vaccination protection – against Hoffenheim (Saturday, 3.30 p.m. / Sky and live ticker at BILD.de) Toppmöller will definitely be back as head of the Bayern-Bank!