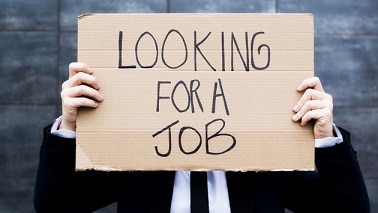 The second wave of Corona infection has severely affected the employment & nbsp; sector in the country. Unemployment is increasing rapidly in both urban and rural areas. & nbsp; Although it is not as high as the rate of unemployment that grew during the period of nationwide lockdown implemented after the first wave of Corona transition, but the situation is moving towards very bad. According to a report by CMIE, in the week ending May 16, the unemployment rate in the country rose to 14.45 per cent. Whereas the & nbsp; unemployment rate in the week ending May 9 was 8.67 percent. That is, the unemployment rate is increasing at almost double the speed. Due to the lockdown & nbsp; many automaker companies have stopped their production. & Nbsp;

Many companies shut down production, temporary employees and nbsp;

< p> If the rate of unemployment increases at the same pace, then it can reach the level of May of last year, when it reached 21.73 percent. The report says that production is being stopped in many companies due to lockdown and corona restrictions. Hence, layoffs of temporary or contractual employees are also being done. Due to this & nbsp; unemployment rate is increasing. The situation has worsened with the Corona infection reaching rural areas of the country. & Nbsp;

Increased unemployment in both urban and rural areas & nbsp;

Meanwhile Unemployment in urban areas increased to 14. 71 percent, compared to 11.72 percent in the previous week. CMIE CEO and MD Mahesh Vyas says that the rising unemployment rate in rural areas means that the Kovid infection is increasing in these areas. On the one hand unemployment is increasing, on the other hand people are not wanting to work under MNREGA because of fear of infection. Due to this, the number of people being enrolled in MNREGA is decreasing. According to the MNREGA website, till May 17, 4.88 crore people had sought work under this scheme, out of which 4.29 crore people had got work. But out of these only 3.14 crore people came to work. This shows that people are not coming to work under it because of fear of infection.

Last date for submission of income tax return extended, decision due to Corona