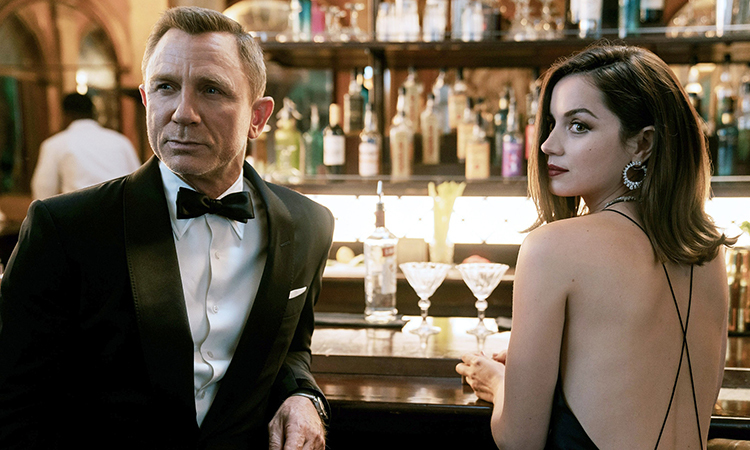 007 continues to wear a combat suit, the masked villain hides the danger in “No Time To Die”.

The 25th film is leading the North American box office, showing that James Bond (Daniel Craig) remains one of the screen’s most beloved heroes. In addition to content, fashion contributes to the attractiveness of the film.

Designer Suttirat Larlarb – used to create inner outfits Slumdog Millionaire, Steve Jobs – responsible for making the costume James Bond 25. As a longtime fan of the series, she is pressured when asked to create the perfect wardrobe. Larlarb said to Vogue: “Things didn’t go well from the start. We wanted to make sure the designs respected the series as well as the characters and the fashion world.”

Larlarb accessed the archive of the series, reviewed all 24 episodes, analyzed the characters’ styles and then synthesized and built an appearance suitable for the personality and circumstances in the new season. The designer said: “With the villains, you can see a kind of minimalism throughout. Meanwhile, women’s costumes are quite diverse.”

Follow VogueIn the history of cinema, if I have to name a character with a sharp fashion identity, it is James Bond. Since the first movie Dr. No On the big screen in 1962, Britain’s top spy is associated with an attractive appearance. In the new installment, his wardrobe includes custom-fit Tom Ford suits. They go hand in hand with combat equipment with a modern and beautiful design, making Daniel Craig appear as a powerful but equally sophisticated spy.

In many scenes, 007 is built more life than the previous parts. After leaving MI6 and settling into a new life in Jamaica, he abandoned the image associated with neat suits, martini glasses in hand. He wears an old T-shirt and short pants, matching the image of a retired gentleman enjoying a simple life at the sea, fishing every day. In other segments, Bond wears an N.Peal sweater, polo shirt, Massimo Alba brand velvet suit, different from Sean Connery’s luxurious party suits and coats in the movie. Dr. No.

Above Vogue, Craig said that one of his favorite costumes in the movie is the military style suit. In the process, Larlarb found a classic mid-1940s British commando jacket. She recreated the style in a deep navy blue, with a hint of the royal navy.

The villain Lyutsifer Safin played by Rami Malek first appeared in No Time to Die, have a trendy way of dressing inspired by Japanese fashion designer Issey Miyake. While researching, Larlarb saw a photo of Miyake in his studio in the 1970s. According to the designer, Safin and Miyake have many similarities in terms of styles and attitudes. After Larlarb told Rami Malek about the idea of ​​​​building the image, the actor was interested and agreed.

In one scene, Safin wears a traditional Japanese Noh mask as he seeks revenge against Mr. White, the leader of the Quantum crime syndicate, who is responsible for the Safin family’s death. Magazines like Variety, Elle, Vogue appreciated this image, considering it to be a distinctive mark of Safin’s character. Noh mask looks expressionless. Based on the wearer’s movements and depending on the viewing angle, the audience can imagine the character is contemplative or serene, thereby showing Safin’s danger and complexity.

007 would be incomplete without the presence of Bond Girls. Lea Seydoux’s Madeleine character is built as a girly girl, wearing a variety of colors. When going to work or meeting clients, Madeleine wears neutral color clothes. But when she was with Bond, she switched to high-collared, pop-cut dresses, including a red Rouje Gabin dress – which was Harper’s Bazaar rated as the pinnacle of romance.

As field agents, Nomi (Lashauna Lynch) and Paloma (Ana de Armas) must spend as much time fighting as Bond. Their wardrobe needs to adapt to action and battle scenes. Nomi’s look was embellished with a Tom Ford field jacket, an Isabel Marant tank top, and Loewe flared pants. Meanwhile, Paloma strolled about, gently taking down the bad guys in silver shoes from Aquazzura and sparkling Chopard jewelry. The beauty also impressed with Michael di Sordo’s black suit and diamond jewelry in the gala scene.