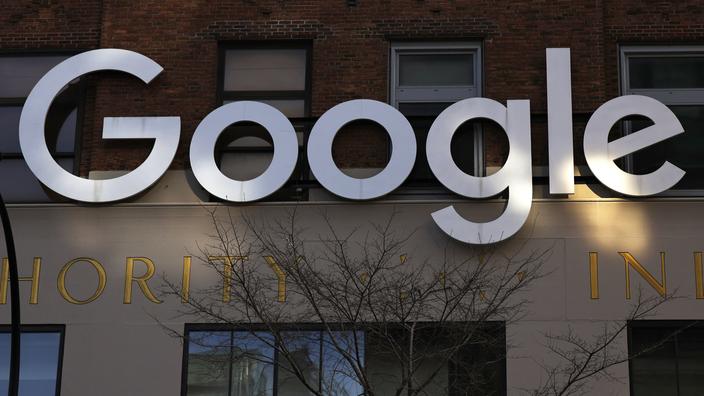 In major American cities, the office occupancy rate does not exceed 40%.

Faced with the rapid spread of the Omicron variant, large American companies are being forced to strengthen their anti-Covid arsenal and push back the timetable for the return to the office. All sectors are concerned, but the measures vary in intensity.

Read alsoTeleworking and barrier gestures: “3,500 checks were carried out in companies,” says Borne

Among the most intransigent groups, Google notified its employees in early December that their wages would no longer be paid and that they could even be made redundant if they did not declare their vaccination status beyond a certain date, according to a document. internal consulted by CNBC.

“We believe that our immunization requirements are one of the most important ways to keep our staff safe and keep our services running,” a Google spokesperson assured AFP. “We are committed to doing everything in our power to help our employees who can get vaccinated.”

The search engine giant has also postponed indefinitely the return to the office of its engineers and developers, initially scheduled for January. For its part, Meta (the parent company of Facebook) offers its employees the possibility of choosing the workplace best suited to their needs.

Amazon, which had suggested a return of its face-to-face office workers at least 3 days a week in early 2022, is expected to make new announcements in January, a company spokesperson told AFP. Warehouse employees and drivers are not affected by these arrangements.

Apple has reinstated the compulsory wearing of the mask in all of its stores in the United States after having made it optional in November in a hundred points of sale. The apple brand also temporarily closed stores in Florida and Maryland this week as well as in the Canadian province of Ontario.

Wall Street on the Defensive

Wall Street must also adapt to the increase in the number of cases of contamination in New York and other financial centers in the country. JPMorgan has since Tuesday restricted access to nine of its buildings in Manhattan to people who have been vaccinated, who are not required to wear a mask indoors.

“We are taking this measure because the vaccination rates are very high among our employees”, said the bank in an internal note consulted by AFP. “With rates well above 90%, it seems unfair to us to force our vaccinated employees to wear masks all day at their desks.” Unvaccinated employees must work from home.

Despite the desire for a return to normalcy, JPMorgan had to backtrack on a health conference that the bank is organizing in January in California, which was initially supposed to be held face-to-face. Under the pressure of several participants worried about the risks of infection and “By excess of caution”, the bank presented the event in virtual format.

Other big names in American finance, such as Citigroup or Morgan Stanley, are encouraging their employees to work from home as much as possible over the coming weeks. In supermarkets, groups are also taking the lead in the face of the risk of a surge of customers wishing to fill their shelves before possible new restrictions.

The supermarket chain Kroger will, for example, suspend the payment of special Covid sick leave to unvaccinated employees, according to information from several American media. Employees who have not been immunized will also have to pay a premium of $ 50 from January to stay on the company’s health insurance.

Joe Biden wants to impose the vaccine obligation on companies with more than 100 employees but his project is the subject of a legal battle: a federal court reinstated Friday the measure of the president, which had been suspended by another body.

According to a study carried out at the end of November by the insurance broker Willis Towers Watson, 57% of American employers already require the vaccination of their employees or are considering making it compulsory.

“Employers can encourage vaccination and booster doses by adjusting the schedule and days of rest, encouraging frequent screening tests, requiring the wearing of a mask in the workplace to ensure health and safety”, notes Jeff Levin-Scherz of Willis Towers Watson. One of the main effects of Omicron could also be to perpetuate the use of teleworking in the coming months.

As of December 8, office occupancy rates in major US cities had barely reached 40%, according to a weekly barometer conducted by security systems specialist Kastle using data from 10 urban areas across the country. It was around 95% in March 2020, before the first containment measures.